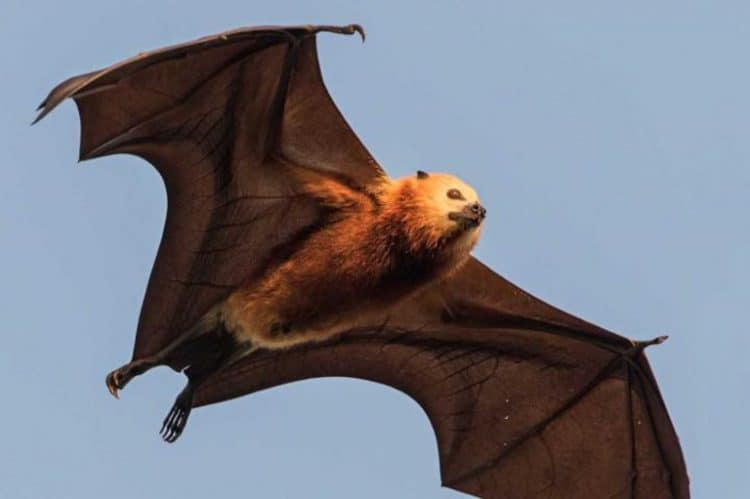 The culling of fruit bats in recent years to protect crops in Mauritius has pushed the species closer to extinction, and now the government is planning to do it again.

One problem, scientists say, is that killing bats might not boost harvests. Until now, growers and the government have been operating on the assumption, based on little evidence, that an endemic bat called the Mauritian flying fox (Pteropus niger) was responsible for much of the crop loss.

But when Gareth Jones, a biology professor and bat expert at the University of Bristol, U.K., and his colleagues from Mauritius and the U.K. approached the question scientifically, they found that the picture was quite a bit more complicated.

“It seems bizarre that a species that plays crucial ecological roles that is found nowhere else in the world should be culled to such a huge extent in the absence of reliable evidence about how much damage it causes and whether culling is an effective form of control,” Jones said in a statement.

Government-sanctioned culls eradicated nearly 40,000 bats in 2015 and 2016. Those losses likely wiped out around 40 percent of the population. Given the other threats that the bats face, such as habitat loss and illegal hunting, the IUCN this year listed the species as endangered.

In October, the government of Mauritius, an island nation in the Indian Ocean south of the equator, announced plans to kill another 20 percent — perhaps 13,000 bats — of the remaining population, according to a petition launched by the NGO Rainforest Rescue. Mango and lychee growers figure that the bats cost them about $5 million a year in lost crops, and many see few options beyond reducing bat numbers.

But Jones and his fellow researchers say there are alternatives. For several months in 2015 and 2016, they tracked the damage to several lychee and mango orchards from bats and non-native birds in Mauritius.

They found that bats (as well as birds) did damage around a quarter of trees in the study, but that the amount varied widely by individual orchard. Taller trees turn out to be more attractive targets for bats, while birds tended to prefer shorter ones.

The team also measured the impact of nets draped over the tops of fruit trees to keep the animals from dipping into the canopy for a snack. If it was large enough and properly placed, netting resulted in up to a 23-fold decline in bat-caused damage. They point out that nets are a particularly cost-effective solution because the government covers 50 to 75 percent of their cost.

The researchers published their findings in the journal Oryx on Nov. 9.

“Further culling is clearly unnecessary, and hopefully the vital ecological roles played by these remarkable and endangered animals can be encouraged and enhanced in the future,” Ryszard Oleksy, the study’s lead author and a bat scientist with the Ecosystem Restoration Alliance Indian Ocean in Mauritius, said in the statement.

Bats are critical plant pollinators, and their distribution of seeds from the wild fruit that they eat helps Mauritius’s dwindling forests grow back.

In addition to netting, the team said that picking fruit from the trees earlier could stem losses, since bats typically prefer overripe lychees and mangos. Farmers can also trim their trees to keep them short to make them less attractive targets.

With these non-lethal ways to deal with bats, the authors argue that the current plans by the government to reduce bat numbers by another 20 percent in 2018 aren’t necessary.

This article was first published by Mongabay.com on 05 Dec 2018.

We invite you to share your opinion whether Mauritian flying foxes should be culled to protect farmers’s fruit trees? Please vote and leave your comments at the bottom of this page.

NO. Obviously all authorities ( almost everywhere ) know is KILL animals, just because animals are animals and live their lives the way THEY are supposed to live it. Maybe controlling OVERPOPULATION of…you know, right ?…would solve most problems we have today on this planet.

All over the world “culling” of native species is used to protect either crops or other prey species! There are always nonlethal ways for protection, but it seems the “easiest” one is always to blame a particular species. At this point in time, with the many species becoming extinct – seems humans should wake up!

NO NO. They need their own habitats where they can feed on the forest fruits. Farmers can protect crops with nets and eventually the foxes will go and find food elsewhere

All crops planted in concentration attract a ‘pest’ as call them, so planning ahead should be the responsible thing to do. ie is there . Particular fruit these bats love above all other,they could be planted to attract them away from the main crop. This sort of thing should be compulsory only the igno ignorant think kill firet which will not actually deal with the problem.