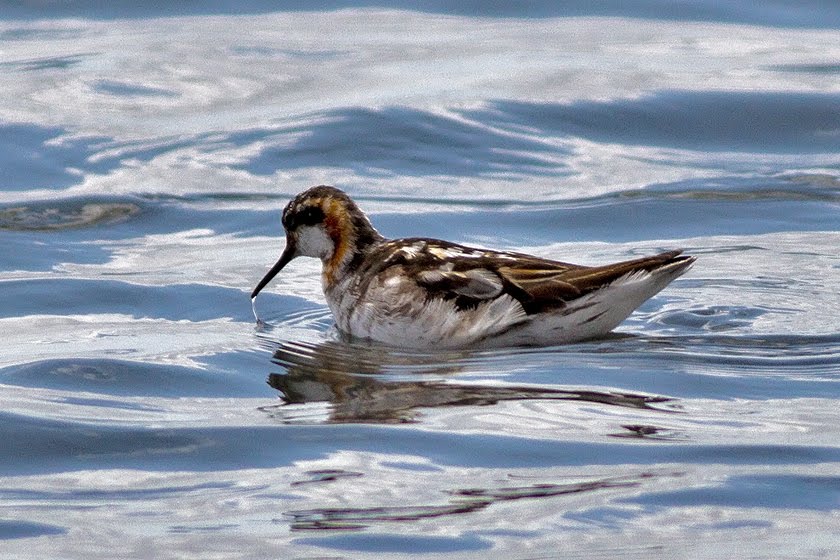 An early start to the autumn migration saw the arrival of thousands of waders to western Andalucia. It was a delight to have good views of Red-necked Phalaropes at the Salinas de Bonanza on the Guadlaquivir river 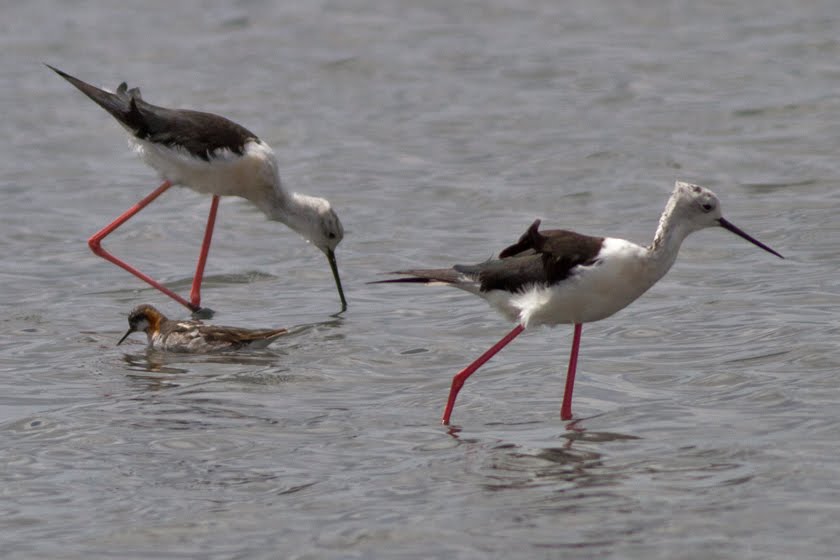 I took this shot to compare the diminutive phalarope’s size with Black-winged Stilts. 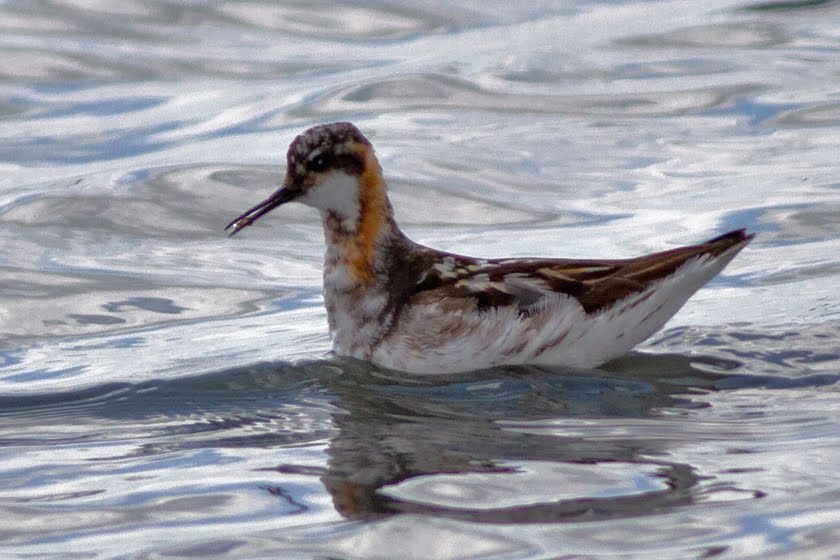 The Red-necked Phalarope has an extremely large global range and breeds in the Arctic regions of North America and Eurasia. It is migratory, wintering pelagically off central-western South America, in the Arabian Sea, and from central Indonesia to western Melanesia (del Hoyo et al. 1996). 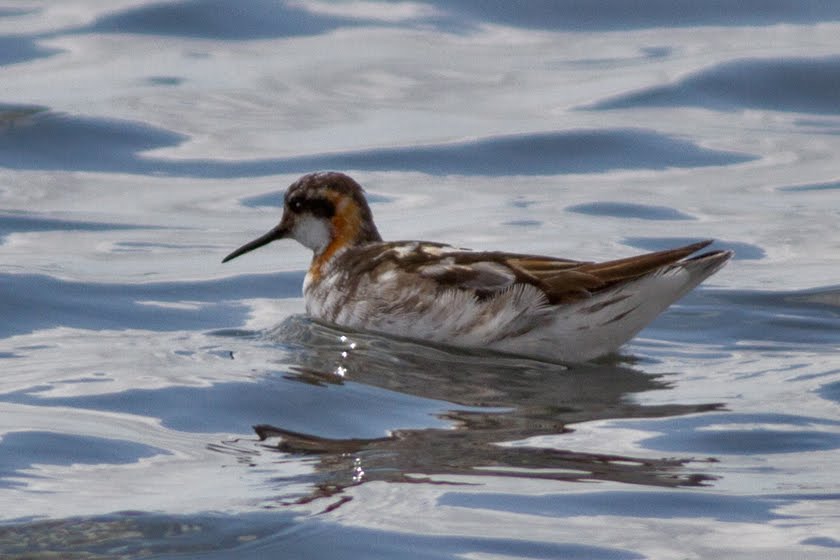 During the breeding season, the red-necked phalarope is strongly associated with fresh water, especially ponds and lakes, but in winter it is found at sea, often far from the coast. The wintering areas for the Svalbard population are not known, but the Fennoscandian population’s south-easterly migration takes them to the Arabian Sea, Gulf of Aden and the Persian Gulf for over-wintering. Some birds do go off course and head down to Africa via northern and continental European countries 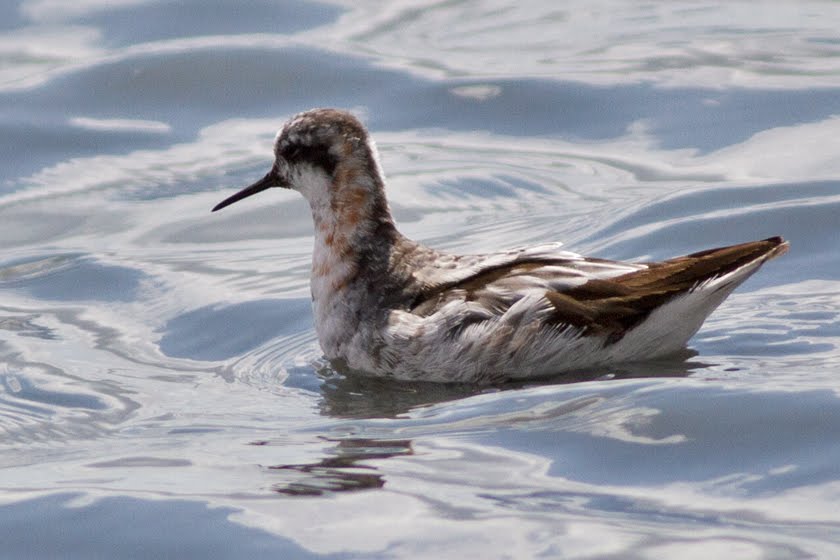 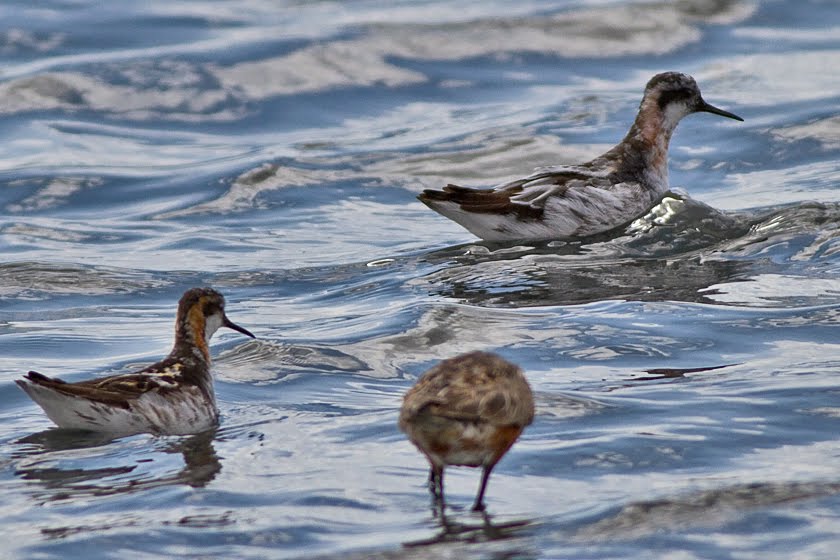 There were four birds present on the 27th-28th of July, feeding with other waders and gulls, particularly Dunlin, Pied Avocet, Curlew Sandpiper, Black-tialed Godwit and Little Stint 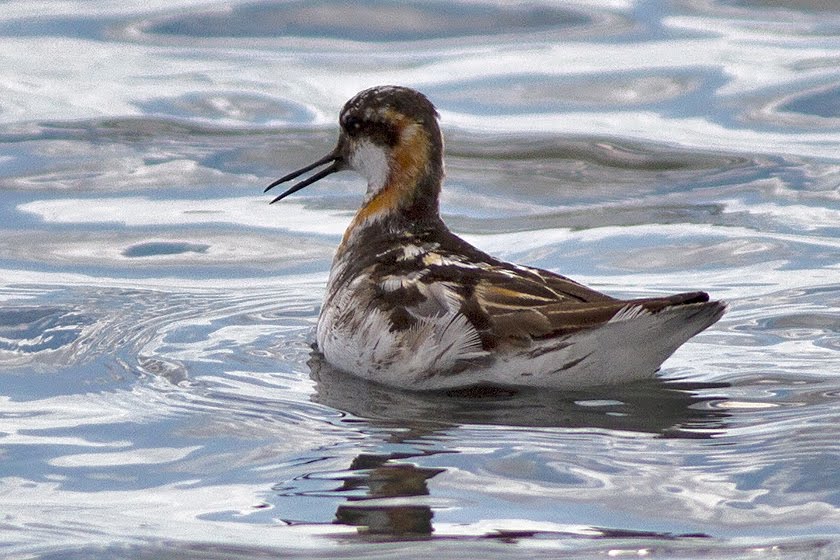