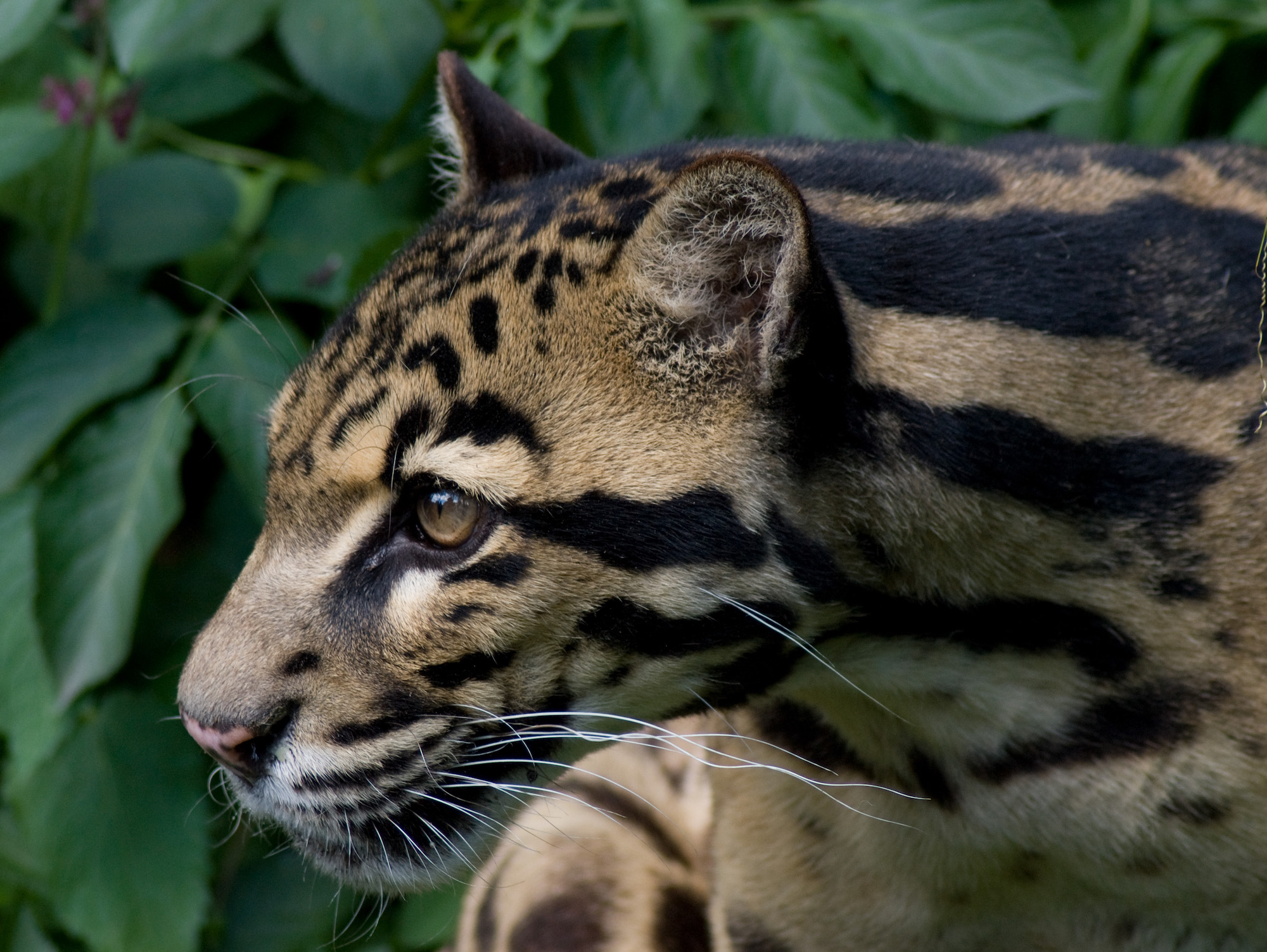 In late February, conservationist Kheng Khou tried to enter Prey Lang Wildlife Sanctuary, which he routinely patrols with other members of the Prey Lang Community Network (PLCN). Instead, he and his colleagues were denied access and threatened with arrest.

Local authorities told them they couldn’t enter because they didn’t have permission from the Cambodian Ministry of Environment, but Khou suspects another reason.

“If the PLCN goes there, we’ll collect and publish evidence and then the world would know about the deforestation and destruction happening even in the protected area,” he said.

Prey Lang, which stretches across five provinces in northern Cambodia, is one of the region’s last remaining large areas of old growth rainforest. In recent years, the area has come under renewed threat from politically connected timber companies. And while the companies themselves are relatively new, some of the individuals behind them have been plundering Cambodia’s forests for decades.

The same week that Khou and others were denied access to Prey Lang, deforestation in the area spiked.

Ida Theilade, a professor at the University of Copenhagen, grew concerned by heightened deforestation activity detected by the Global Land Analysis and Discovery (GLAD) lab at the University of Maryland in the U.S., which uses satellites to identify areas of tree cover loss larger than 30 square meters. In response, she sent an open letter to Prey Lang stakeholders on April 11.

“There [have] been approximately one thousand GLAD forest loss alerts for Prey Lang per week since the beginning of 2020,” Theilade wrote.

Several weeks have shown spikes of forest loss far higher, with nearly 12,000 alerts recorded the week of Feb. 23. However, even that number was dwarfed by the most recent available data, which registered more than 22,000 alerts the week of April 27.

‘The criminals wear the uniform’

When asked about the recent spike in illegal logging, Ministry of Environment spokesman Neth Pheaktra said there is only “very small scale illegal logging by local people” in Prey Lang. However, while locals do commonly harvest timber for everyday use like firewood, satellite data suggest deforestation is taking place on a much larger scale.

With the PLCN barred from entering the forest, its members “can only watch as illegal loggers freely enter Prey Lang and convoys of trucks transport timber out of the forest,” Theilade said in the letter, praising the bravery of the activists.

Pheaktra had a different opinion, saying members of PLCN are acting like “outlaws” and “giving the worst possible example to the youth.” He has also previously threatened to have members of the PLCN arrested for using satellite data to observe deforestation.

“In Cambodia’s forests, the criminals wear the uniform,” said Marcus Hardtke, a conservationist with more than 20 years of experience in Cambodia. Hardtke said illegal logging is almost always linked to the military, police force, or the Ministry of Environment itself.

“This so-called Ministry of Environment has turned in recent years into an oppressive syndicate claiming control of 40% of Cambodia’s territory,” Hardtke said in an email. “However, its purpose is not conservation, but total state control and monopolizing profit from forest destruction for regime cronies.”

Hardtke said this racket is common knowledge, but NGOs and bilateral donors have allowed the charade to continue.

He singled out a firm called Angkor Plywood as the “biggest immediate threat to Prey Lang forest.”

According to Hardtke, Angkor Plywood and the other firms it controls have concessions in the eastern, western and northern regions of the forest. “They got Prey Lang surrounded and are planning to illegally log the area over the next years,” he said.

There are two other companies under Angkor Plywood’s control: Think Biotech and Thy Nga. A group of four individuals control the three companies, two of whom have a long, sordid history in Cambodia’s lucrative illegal logging racket.

According to Cambodia’s Ministry of Commerce registry, Angkor Plywood was incorporated in 2011 and is run by Taiwanese national Lu Chu Chang and two Cambodians: Chea Sankthida and Chea Pov. Think Biotech was incorporated in 2013 under South Korean directors who left the company in 2017 and 2018. Sankthida and Lu are currently listed as directors. Pov is also the director ofThy Nga, along with Oknha Leng Rithy, a well-connected tycoon. “Oknha” is a title roughly translating to “lord” which is bestowed on business tycoons who make a $500,000 donation to the state (previously it was set at $100,000).

Rithy and Lu are illegal logging veterans and their history is well-documented. Lu previously ran a company called Cherndar Plywood, which was given more than 100,000 hectares (247,000 acres) of land in Prey Lang in 1996. The company faced frequent allegations of illegal logging and was accused in 2000 of threatening indigenous people living near the concession. A 2007 Global Witness investigation linked Lu to a web of powerful individuals running Cambodia’s shadowy logging cartel, including Prime Minister Hun Sen’s first cousin, Dy Chouch, and Chouch’s ex-wife, Seng Keang. Lu appears to be continuing to enjoy a positive relationship with the government — his 2019 meeting with the minister of agriculture was advertised by the ruling party.

Rithy, a Vietnamese national, is identified as an oknha by the Cambodian Chamber of Commerce. Vietnamese media, including official state outlets, often describe Rithy as a “senior adviser” to the Cambodian government.

Like Lu, Rithy has been in the game for many years, being granted 6,000 hectares (14,800 acres) of land in Prey Lang in 2009 by the Ministry of Agriculture while serving as the Vietnamese Rubber Group representative in Cambodia. A separate VRG concession was also linked to Seng Keang by a 2013 Global Witness report.

Sankthida and Pov appear to come from a well-connected government family with relatives in high-level positions regulating the business sector. The pair seem to be related to Chea Vuthy and Bun Chanthy — the deputy secretary-general of Cambodia’s government-run Council for Development and an undersecretary of state in the Ministry of Commerce, respectively. There are multiple photographs on Facebook of Sankthida and Pov with Vuthy and Chanthy taken in intimate settings and family gatherings.

Sankthida was also previously listed as a director of Blue Media until late 2018, which is a government-friendly media organization run by a former state-sponsored journalist that frequently publishes pro-government messages andmeets with ministers.

Also connected to Angkor Plywood is another familiar name: Try Pheap. Perhaps Cambodia’s most notorious illegal logger, Pheap is a tycoon and close associate of Hun Sen who has been accused of running a multi-million-dollar timber smuggling operation. Mongabay viewed a Forestry Administration document, signed in 2019, that permitted the Try Pheap Company to transport wood from Think Biotech to Kandal province, which borders the capital, Phnom Penh, and Vietnam. The document estimates that the value of the wood approved for transport to be $1.165 million.

After taking over Think Biotech, Hardtke said, Angkor Plywood “immediately” built a new timber processing plant in the forest, just outside the border of the Prey Lang protected area.

Environmental activist Ouch Leng was investigating these new trails on March 13 when he and three others were detained by police.

“I was detained after a complaint from the logging company in order to stop me from revealing illegal logging inside protected areas,” he said in a message to Mongabay. The men were released on March 16; one of them was reportedly beaten while in captivity.

Leng said as much as 60% of the forest is gone, the wildlife has almost completely disappeared, and international donors are too “scared” of the government to take meaningful action.

International support may come too late

Theilade is also concerned that Prey Lang is not included in the World Database on Protected Areas (WDPA), which is administered by the United Nations Environment Programme (UNEP).

UNEP confirmed to Mongabay that Prey Lang is not in the database, saying that it is working with the Ministry of Environment to verify data submitted by local communities. However, Theilade and other researchers suspect there may be an ulterior motive behind the Cambodian government’s hesitancy to provide this information.

“There is a real concern that the government has purposefully not included Prey Lang in the WDPA because they never intended to conserve it,” Theilade said in an email.

Jessica Stewart at UNEP told Mongabay that in the meantime, Prey Lang is included in a database on indigenous and community conserved areas, where it is actually highlighted as a case study. However, the entry says PLCN and the Ministry of Environment work together to conserve the forest and does not mention the alleged government complicity in illegal logging.

Pheaktra said the environment ministry is working to add Prey Lang to the WDPA database and denied that the ministry is complicit in deforestation, saying its rangers “protect the forest and take legal action against illegal logging.”

But another PLCN member, Srey Thei, said this is not the case. “Local authorities and the environmental department never catch or arrest anybody who commits illegal logging. I’ve never seen them punish anyone for that,” he said.

The United Nations Development Programme also says it works with the Cambodian government, specifically the Ministry of Environment, to implement a REDD+ project to reduce deforestation, and is working to improve government capacity to develop deforestation alert systems. REDD+, which stands for reducing emissions from deforestation and forest degradation, is a program through which developed countries provide financial incentives to their developing, tropical counterparts to help them keep their forests intact.

Beresford added the REDD+ system is an “opportunity for government and civil society organizations to work more closely together in pursuit of a common objective to preserve protected areas.”

But many in civil society would disagree that the Cambodian government and the environmentalists have the same objective. Lu himself appears to be a member of the REDD+ Consultation Group, despite his well-documented, lengthy involvement in illegal logging. Requests for comment sent to Lu for this story went unanswered, but he previously told Mongabay that the environment ministry had ordered him to allow loggers to access Prey Lang and that he felt powerless to refuse.

The U.S. is also actively involved in Prey Lang conservation, financially supporting the $21 million Greening Prey Lang project. The U.S. Embassy in Cambodia said it is “concerned about continued deforestation” and has met with both the PLCN and the government in an attempt to mediate the conflict. The U.S. has also tried to facilitate communication between Cambodia and the WDPA to accelerate the process of adding Prey Lang to the database.

But Leng dismissed the projects by USAID and other donors as “useless” given the scale of deforestation.

“If there is no more forest, how can we conserve wildlife or operate REDD+ projects?” he said.

Editor’s note: This story was powered by Places to Watch, a Global Forest Watch (GFW) initiative designed to quickly identify concerning forest loss around the world and catalyze further investigation of these areas. Places to Watch draws on a combination of near-real-time satellite data, automated algorithms and field intelligence to identify new areas on a monthly basis. In partnership with Mongabay, GFW is supporting data-driven journalism by providing data and maps generated by Places to Watch. Mongabay maintains complete editorial independence over the stories reported using this data. This article by Andrew Nachemson was first published on 13 May 2020 on Mongabay.com.