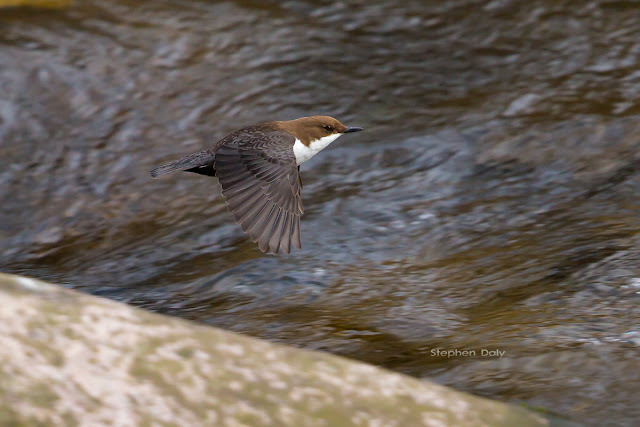 I’ve always been fond of dippers ever since I went on my first Cub Scout camp with my older brother to the River Tweed at Drumelzier, Biggar, Scotland.

We had seen dippers before but these seemed really tame but we later found out they were nesting under the bridge right beside our camp as was a pair of Grey Wagtails. Happy memories.

The white-throated dipper (Cinclus cinclus), also known as the European dipper or just dipper, is an aquatic passerine bird found in Europe, Middle East, Central Asia and the Indian Subcontinent.

The white-throated dipper C. cinclus has the widest distribution, and also the most fragmented populations of this species. 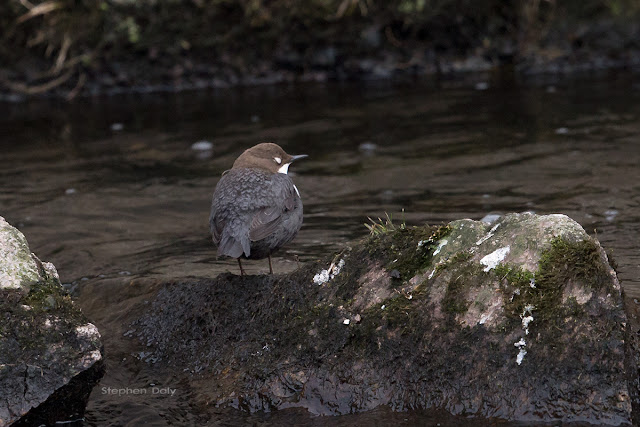 Dippers have almost black coloured eyes and their nictating membrane is white and presumably completely opaque.

A note about populations and movement

The bird is common in suitable habitats in a widespread but discontinuous range. Breeds in Ireland and north and west Britain, Spain and north Portugal and from southern and eastern France and Italy to the Balkans and Greece. In the north found in central Denmark and throughout Norway and Sweden, north Finland and the southern half of the Kola Peninsula. Isolated pockets in south Finland and the Baltic States, in parts of north Russiaand in the Urals. In the south breeds in the Caucasus and much of Turkey, in the Lebanon and in Morocco and north Algeria and in the Mediterranean on Corsica, possibly Sardinia, and Sicily, formerly also Cyprus. Has bred in the Netherlands. Most populations are basically resident but many make short-distance dispersal movements in autumn usually to lower altitudes. In the far north where waters become frozen makes longer movements and partially migratory leaving breeding areas in October-November and returning in March. 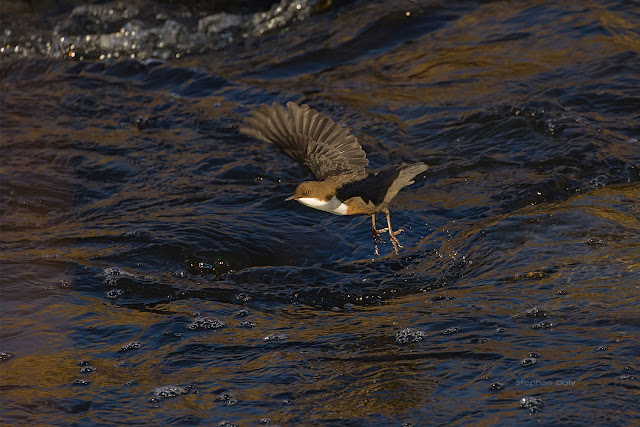 Here’s a little film of a dipper feeding 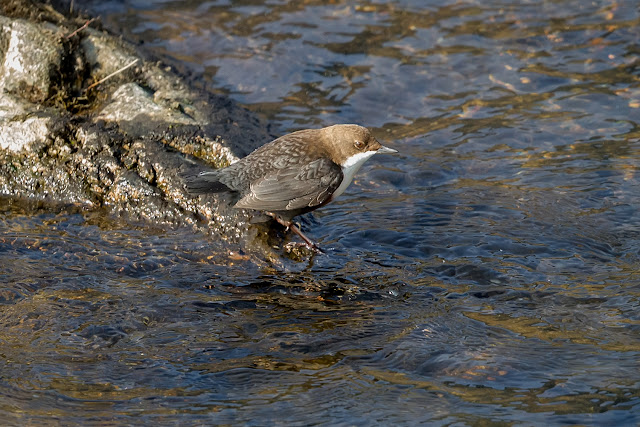 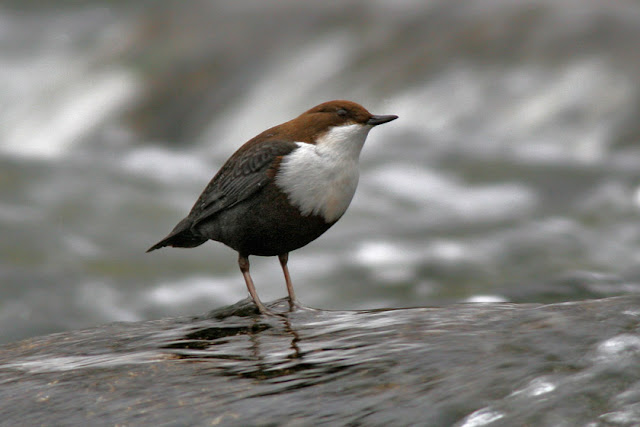 There’s more information appearing on the web all the time and although this is an older paper, there are some remarks which are interesting.

Note:The lack of a phylo-geographic pattern related to the subspecies distribution in Europe indicates that the infra-speciﬁc taxonomy of white-throated dipper is in need of revision.Dipper subspecies have been essentially described based on size and plumage coloration or geographical distribution. However, variations of morphological characters may also be due to phenotypic and environmental plasticity.