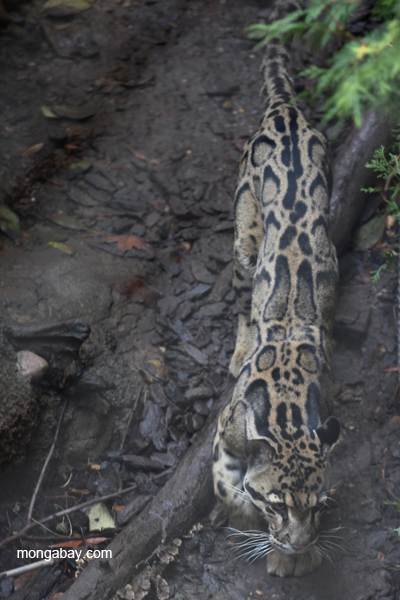 After 13 years of searching for the Formosan clouded leopard (Neofelis nebulosa brachyura), once hopeful scientists say they believe the cat is likely extinct. For more than a decade scientists set up over 1,500 camera traps and scent traps in the mountains of Taiwan where they believed the cat may still be hiding out, only to find nothing.

“There is little chance that the clouded leopard still exists in Taiwan. There may be a few of them, but we do not think they exist in any significant numbers,” zoologist Chiang Po-jen said, as reported by Focus Taiwan.

The Formosan clouded leopard was a subspecies of the clouded leopard. Found only in Taiwan, the medium sized-cat (weighing about 20-45 pounds) was the top predator until hunting for its skin and widespread deforestation likely led to its extinction. Only one predator is bigger than the clouded leopard on the island, the Formosan black bear (Ursus thibetanus formosanus); but the bear, which is currently listed as Endangered, is an omnivore.

Two clouded leopard species are found in Asia. One survives on mainland asia, Neofelis nebulosa. While another species, the Sunda clouded leopard (Neofelis diardi) is found in Sumatra and Borneo. Both are listed as Vulnerable and are threatened by poaching for skins and deforestation.