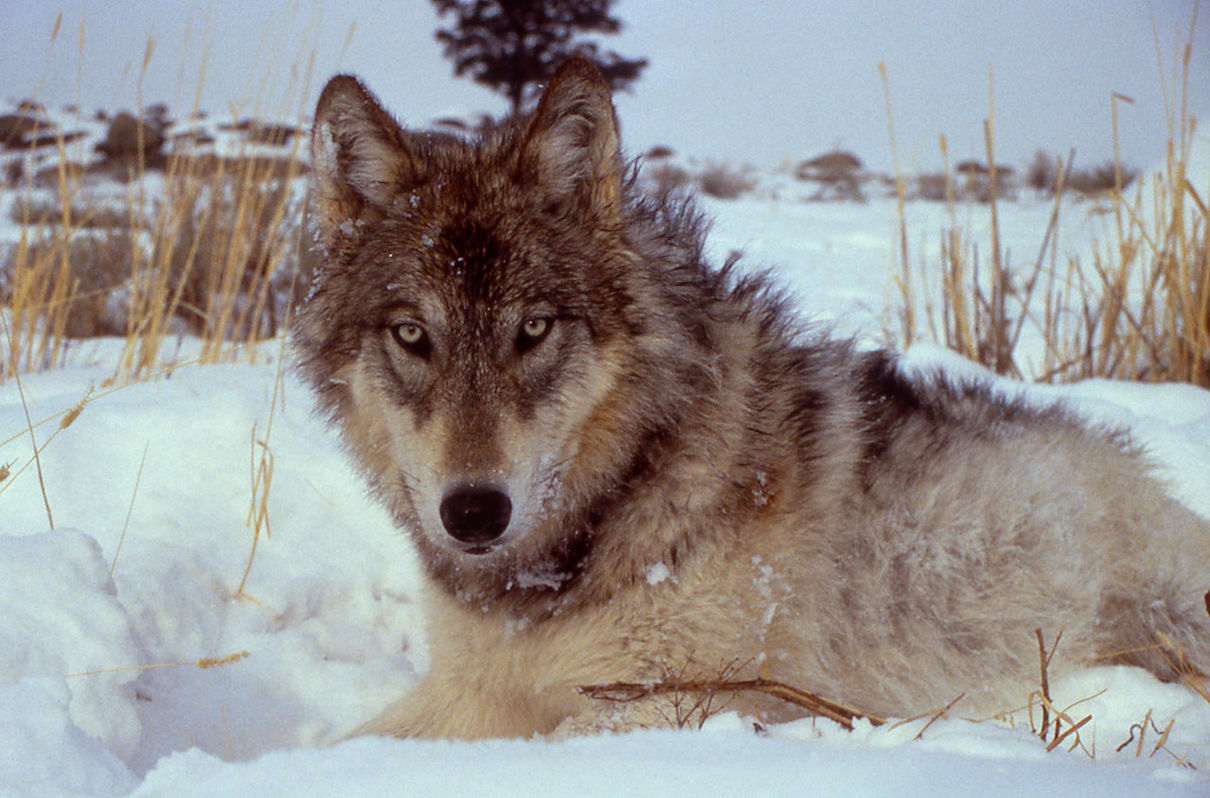 Earlier this month, more than 200,000 signatures were delivered to the Colorado secretary of state calling for the restoration of gray wolves (Canis lupus) to be put on the 2020 statewide ballot.

Collected by volunteers from the Rocky Mountain Wolf Action Fund, Initiative 107 would instruct Colorado Parks and Wildlife to take public input and then develop a plan for reintroducing wolves to western Colorado by 2023.

If passed, the Colorado General Assembly would also be tasked with developing a compensation program for ranchers who may lose livestock. This could mark the first time that voters direct the reintroduction of an endangered species.

Mongabay reached out by email to wildlife biologist and Director of the Turner Endangered Species Fund, Mike Phillips, for his take on the initiative.

Mongabay: Can you say a little about your background in conservation?

Mike Phillips: I’ve worked as a conservation biologist with a focus on restoration of imperiled species since 1986. I led the historic effort to restore the red wolf to the southeastern U.S. and the gray wolf to Yellowstone National Park.

What would the ballot initiative do, if it passes?

For the first time in history, Initiative 107 allows Colorado voters to determine through direct democracy whether the wolf should be part of the future of the great public wildlands that stretch across 17 million plus acres of the western half of the state. If it passes, the state of Colorado will reintroduce wolves by December 2023 to establish a viable population to restore the state’s natural balance.

What makes wolves particularly critical for ecosystems in Colorado?

As important predators, wolves are helpful for ensuring the health and integrity of Colorado’s wild ecosystems.

On a grander scale what would a restored Colorado wolf population mean for populations throughout their expansive historic range?

A viable population of wolves in western Colorado would serve as the arch stone connecting wolves from the high Arctic to the Mexican border. There is no other place in the world where one can imagine completing the restoration of a much maligned, misunderstood, and endangered large carnivore across such a sweeping continental landscape.

What would you tell any voters on the fence about this issue?

1. Reintroducing wolves would help to restore Colorado’s natural balance. Good science makes clear that native species like the wolf are essential to ecosystem health and integrity.

2. There is widespread, bipartisan support for restoring wolves to Colorado, as revealed by public opinion surveys conducted over the last 20 years, and as recently as February 2019.

3. Wolves can be restored and managed in a manner that is humane, effective, affordable, and respectful of the needs and concerns of Coloradans.

4. We owe it to future generations to maintain the health of Colorado by keeping wildlife, like wolves, alive.

This article by Erik Hoffner was first published on Mongabay.com on 20 December 2019.