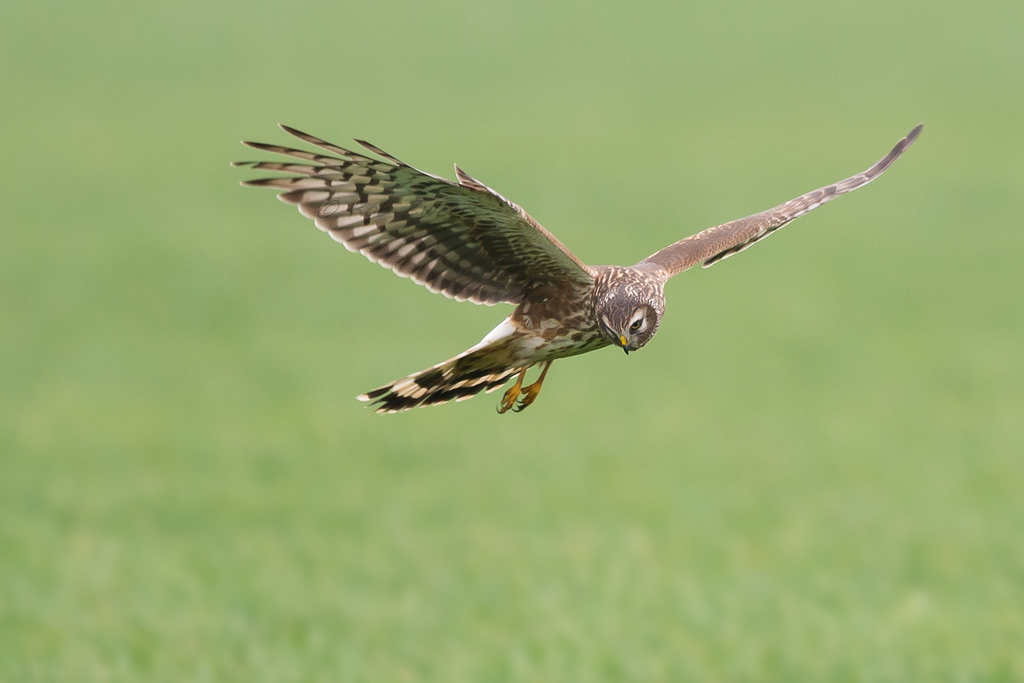 With all the disturbing stories in the news about extreme weather events, global politics and human rights abuses, it’s easy to overlook that there is also a lot of good happening in the world.

One such area is in conservation, where we are seeing a number of great success stories.

Here are just four cases to hopefully reassure you that our conservation efforts really are making a difference!

Hen harrier numbers have dwindled in England as a result of hunting and persecution, largely because the birds tend to like to dine on grouse, a bird that gamekeepers are loathe to compete over. This has led to the harriers becoming a Schedule 1 protected species, meaning it is illegal to disturb an active nest.

Recognizing that there is a place for hen harriers in a carefully managed habitat, conservation groups have worked to breed more hen harriers in sustainable ways. The government now reports that there were 34 fledged chicks this season from nine successful nesting sites. A total of 14 nesting sites were earmarked for this program, so this success rate is impressive.

This year 34 hen harrier chicks fledged across Lancashire, Cumbria, Durham Northumberland and Derbyshire from nine successful nests. This is the most successful breeding season for this bird of prey for a decade. #henharrier More details here https://t.co/bzMYtjA9Zk pic.twitter.com/jmlGlFzDBI

Another marked success in this has been land managers using “diversionary feeding“. This is where food is provided for the birds once the chicks have fledged. Diversionary feeding dissuades the adult birds from going after grouse and other small game birds, thereby helping to keep balance in the ecosystem.

This demonstrates that managed grouse moors are workable, and shows that we can save this majestic bird without damaging the countryside economy.

Prime Minister-elect Imran Khan and his Pakistan Tehreek-e-Insaf party has said it will make good on its promise to dedicate resources to planting billions of trees.

Prime Minister-elect Khan promised a “tree tsunami” if he was elected. Designed as a plan to fight climate change and deforestation, the sports star-turned-politician argues that Pakistan is ready to renew its wild habitats after decades of exploitation by domestic and outside forces.

“I have always been a conservationist, because I was a hunter from a very young age and I saw the diminishing forests and the disappearing wildlife in Pakistan,” Khan is quoted as saying. “So, it was always in my mind that we needed to regenerate our forests because there was a massive destruction of our forests by the timber mafia, one of the most powerful mafias.”

The aim is to reverse Pakistan’s inordinately high deforestation rates. Khan has previously helped lead reforestation efforts in Khyber-Pakhtunkhwa (KP), where his party saw the restoration of350,000 hectares of forest and renewed cleared land. This, in itself, is a massive success and Khan has said that his national government will roll out this scheme to ensure that Pakistan’s wildlife is once again able to thrive.

Beavers were once a big part of Scotland’s wetlands, but as in many areas of the UK and the world, beavers were heavily hunted for their fur.

In the past few decades there has been a renewed interest in rewilding captive beavers because of their ability to potentially fight flooding. Just such a project is currently underway in the Forest of Dean in England. This interest has sparked calls for a wider movement to return the beavers to their natural homes.

Now, two beavers that are part of the trial have been spotted on video pairing up. This news comes as part of the Knapdale Beavers Reinforcement Project in Argyll. The project released 16 Eurasian beavers back into the wild as far back as 2009, and this could be the first stepping stone to more beavers flourishing in Scotland.

4) An Amur Leopard is Born…Where?

Amur leopards are native to the Primorye region of southeastern Russia and the Jilin Province of northeast China. They are among the world’s rarest big cats and their numbers have been in freefall thanks to hunting. Concerted efforts have been made to try to boost their numbers, with large swathes of land designated as protected areas by both the Russian and Chinese governments.

The last place you might expect to hear about an Amur leopard success, though, is in Scotland–but you’d be wrong. The Royal Zoological Society of Scotland’s Highland Wildlife Parkis home to just one such breeding breakthrough.

The Independent reports that the wildlife park has seen the birth of at least one Amur leopard, but possibly more. The Amur leopards specialist habitat is kept away from the public with minimal human contact, so no one from outside is sure about the numbers.

This is a major success, as the program aims to successfully breed the big cats and then release them back into the wild, something that could help boost Amur leopards in the wild and support wider conservation work to ensure the Amurs are around for many more years to come.