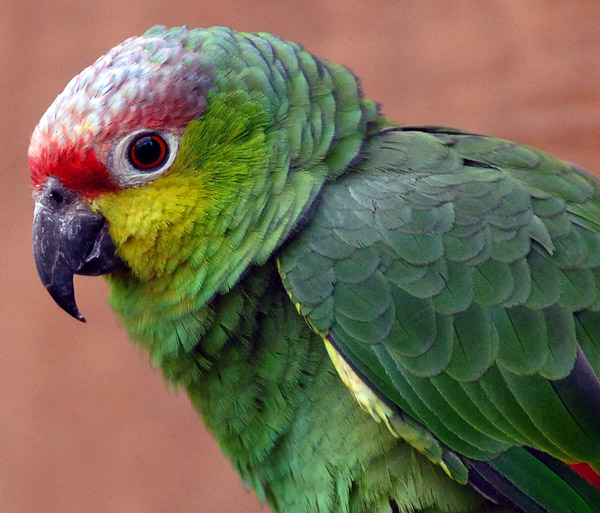 Scientists have added 361 new bird species to the IUCN Red List following a major taxonomic review of non-passerine birds, i.e. non-perching or non-songbirds. Worryingly, 87 of these new birds are threatened with extinction, a percentage nearly double the overall threatened percentage for all birds, which currently sits at 13 percent. Many of these new species were formally considered as subspecies or races, but have now been deemed full-fledged species in their own right.

The new bird species include the world’s second ostrich species: the Somali ostrich (Struthio molybdophanes), which is listed as Vulnerable. This species is found in East Africa and is imperiled by hunting and egg-collecting.

In all the taxonomic review pushes the total number of non-passerine birds to 4,472, expanding their diversity by over 10 percent.

Three of the new birds are listed as Possibly Extinct, including two from New Caledonia which is one of the world’s most decimated biodiversity hotspots. These birds are the New Caledonian buttonquail (Turnix novaecaledoniae), the New Caledonian nightjar (Eurostopodus exul), and the Sinu parakeet (Pyrrhura subandina), which is found in Colombia.

There’s also the blue-bearded helmetcrest (Oxypogon cyanolaemus) which is listed as Critically Endangered, but has not been documented in over 60 years.

“The Red List is crucial not only for helping to identify those species needing targeted recovery efforts, but also for focussing the conservation agenda by identifying the key sites and habitats that need to be saved, including Important Bird and Biodiversity Areas,” said Butchart.

The taxonomic review also recognizes 13 new extinct birds due to fossil finds or splitting species. In total, the new list now recognizes that 140 birds have gone extinct since the year 1500 AD. This means that in the last five centuries, the world has lost over one percent of its bird species.

Scientists largely agree that the Earth is either entering or even in the midst of a Sixth Mass Extinction event, one which could be the worse since the comet that devastated the dinosaurs. This mass extinction is due to human activities including deforestation and habitat loss, overexploitation, invasive species, pollution, and other impacts. Increasingly, climate change and ocean acidification are seen as trends that will decimate species across ecosystems, even in pristine regions.

However, it’s also worth noting that conservation efforts over the last 150 years have saved numerous species from extinction, including many birds.