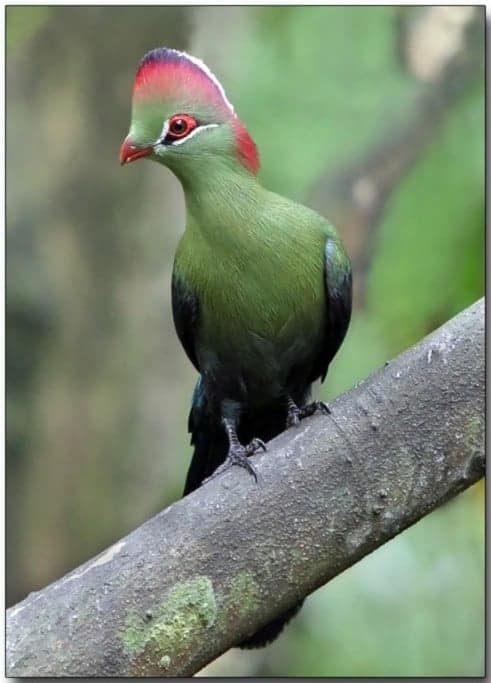 A Kenyan wildlife haven threatened by the rush to grow biofuels for European companies such as IKEA, has been saved.

The Dakatcha Woodland in Kenya – home to several globally threatened bird species – would have been destroyed if proposals for a plantation of the biofuel crop jatropha were given the green light. However after a long battle the Kenyan government has formally recognised the environmental damage that would be caused by this European project.

The RSPB and Nature Kenya, who have been campaigning against the proposals since 2009, have hailed the news as a victory for wildlife and the climate.

The forest is one of only two places in the world where the endangered Clarke’s weaver bird is found and holds a substantial proportion of the global population of Sokoke pipits. It is also home to the beautiful and threatened Fischer’s turaco.

Clearing the forest would have made thousands of local people homeless, led to water shortages and meant the loss of sacred ancestral land.

A study commissioned by RSPB and ActionAid last year found that felling the forest and growing biofuels on the site would result in up to six times more carbon emissions than fossil fuels.

The Italian company behind the project supplies the IKEA group with biofuels. IKEA has stated it was in discussions about the project with the company.

Biofuel currently makes up around 3.5 per cent of the petrol and diesel in UK fuel pumps. However, the UK Government wants to increase this.

Helen Byron, RSPB’s Senior International Site Casework Officer, said: “This decision is fantastic news for threatened wildlife at Dakatcha, which was under threat from the rush for biofuels.

“The UK Government is aiming to increase the amount of biofuel going into our petrol and diesel as part of efforts to reduce carbon emissions. Yet the evidence in cases such as Dakatcha suggests that biofuels will in fact increase emissions .

“Whilst today is great news for the wildlife and people of Dakatcha, sadly this case is just one of an increasing number of European companies grabbing land in Africa to cash in on biofuel support in the UK and Europe.

‘Ultimately, the only thing that will stop it is the UK Government, and others in Europe, ending support for damaging biofuels and developing an ambitious plan to cut carbon from transport through efficiency, public transport and electric vehicles instead.”

Dakatcha is by no means the only wildlife site under threat from biofuel plantations. Elsewhere in Kenya the Tana River Delta faces a similar threat. The area, a vast floodplain ecosystem of seasonally flooded grassland, swamps, riverine forest, lakes and mangroves, provides refuge for 350 species of birds as well as primates, hippopotamuses and crocodiles.

“It is heartening to see NEMA’s decisions being guided by science. We now urge them to apply the same criteria to the proposed biofuel plantations in other sensitive areas such as the Tana River Delta.”

Much of the biofuel proposed for production in Kenya is destined for Europe because of a European Union target for biofuels. The Renewable Energy Directive (RED) requires 10 per cent of transport fuels to be renewable by 2020 and the UK, like most other member states, plans to meet its target mostly through biofuels.

This article was written and published by the The Royal Society for the Protection of Birds (RSPB) is a registered charity: England and Wales no. 207076, Scotland no. SC037654