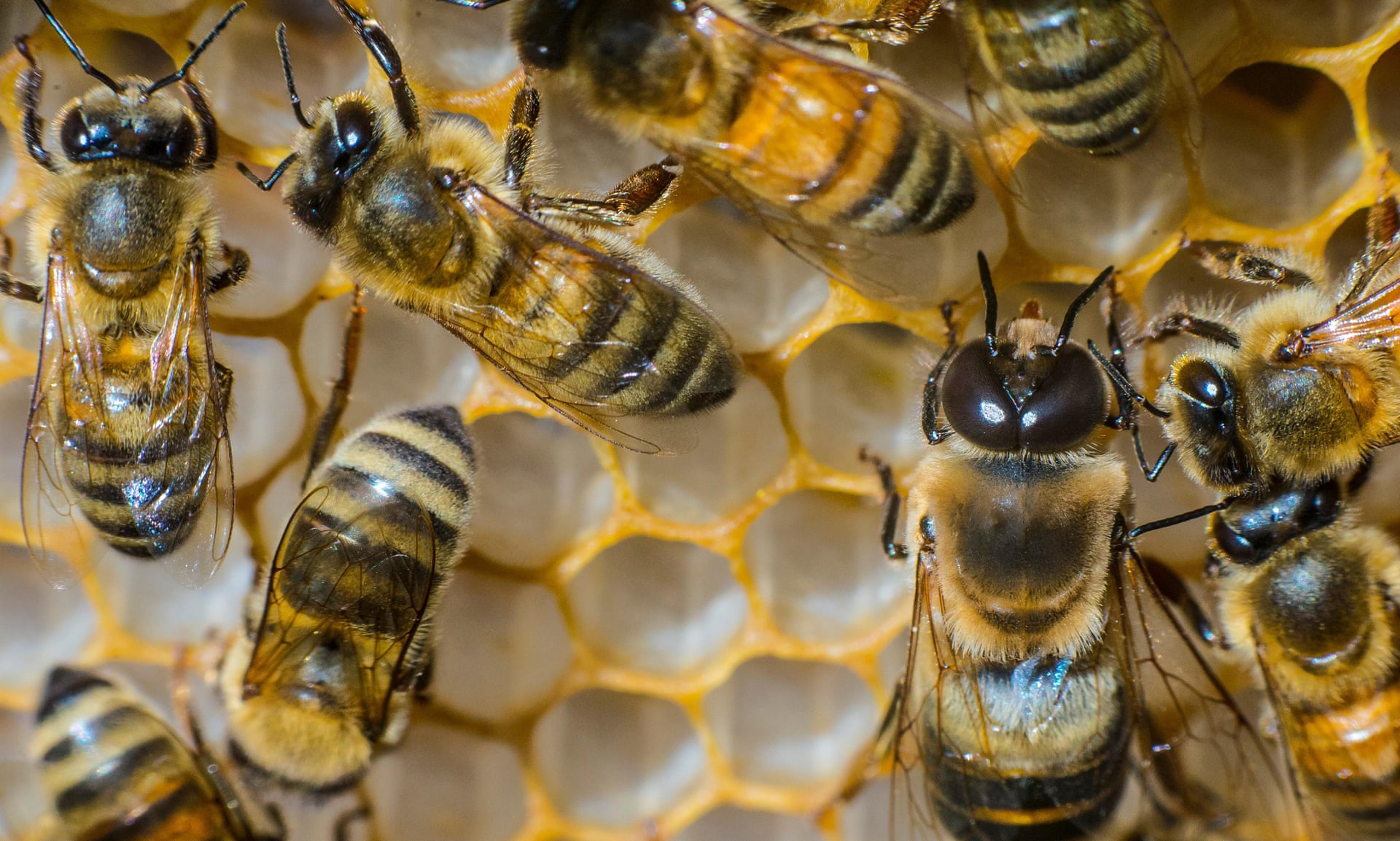 A viral disease that causes honey bees to suffer severe trembling, flightlessness and death within a week is spreading exponentially in Britain.

Chronic bee paralysis virus (CBPV) was only recorded in Lincolnshire in 2007. A decade later, it was found in 39 of 47 English counties and six of eight Welsh counties, according to data collected from visits to more than 24,000 beekeepers.

As well as struggling to fly, the afflicted bees develop shiny, hairless abdomens. Piles of dead individuals are found outside hives with whole colonies frequently wiped out by the disease.

A team of scientists led by Prof Giles Budge of Newcastle University identified clusterings of the disease, with cases concentrated among apiaries run by professional beekeepers rather than amateur keepers.

In the study, published in Nature Communications, scientists used data from 130,000 honey bee imports from 25 countries to show for the first time that the disease was nearly twice as likely in apiaries owned by beekeepers who imported honey bees. Professional beekeepers bring in honey bee queens to replenish their hives every few years.

Another way in which commercial beekeeping could be contributing to the spread of the disease is because they tend to manage large colonies, and the virus appears to be rapidly transmitted in densely populated hives.

“The bee farmers of this country tend to be quite small-scale. A standard bee farmer might have 100 to 200 colonies. In the States, they have up to 10,000. Even in Germany there will be huge-scale beekeeping going on,” he said.

According to Budge, professional beekeepers may run into problems in Britain because they are very successful at bringing bees through the winter and building up colonies in spring to take advantage of early flowers such as oilseed rape. If the weather then turns wet, these large colonies are then confined to a hive. “You can’t do social distancing in a hive as easily but you can manage it by increasing the space in there,” said Budge.

The viral disease has been around for centuries – its symptoms were first described by Aristotle – but researchers are keen to discover if a new, more virulent strain is behind its global surge. In the United States, CBPV prevalence was 0.7% in 2010 but reached 16% in 2014. Prevalence doubled in Italy from 5% to 10% between 2009 and 2010. In China, prevalence has grown from 9% to 38%.

Infected adult bees carry the virus for up to six days without showing symptoms, and may spread it to other colonies at sites where different bees forage for food.

But honey bees typically do not forage further than 10km in Britain, and the study found significant clusters of the disease up to 40km apart. A quarter of beekeepers have multiple sites, so could be assisting the spread of the disease.

Although the disease appears to “burn out” in Britain and does not recur in hotspots between seasons, it returns to the country in other locations over time. The disease has also been found in wild bumblebee and ant populations, but the direction of transmission is not clear.

Rob Nickless, chairman of the Bee Farmers’ Association, which supported the study, said: “This is the sort of research that brings practical benefits to the industry – helping bee farmers at grassroots level to improve honey bee health and increase UK honey production.”

Researchers will continue to examine the genetics of the disease to determine if there is a new strain and seek to discover whether imported queens are bringing the disease into Britain, or whether those queens are simply more susceptible to the virus that is already here.

This article was first published by The Guardian on 1 May 2020.