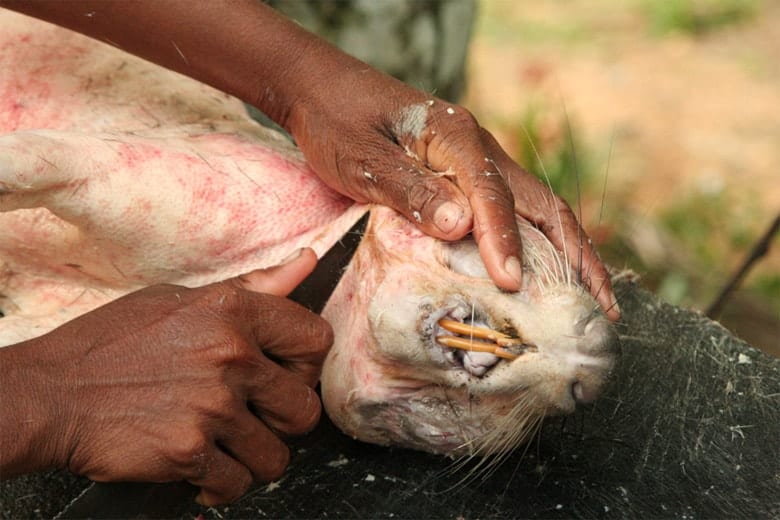 When satellite imagery of the Brazilian rainforest shows lush, dense forests, most of us likely expect that those trees are packed with wildlife. But what if what we are actually seeing is an empty forest?

According to a recent study published in Conservation Letters, this possibility is already becoming a reality in the pre-frontier areas of Amazonia in Brazil — defined as municipalities with over 90 percent of their original forest cover still intact.

Where are the animals going? Many are being eaten by city dwellers.

Native species are at risk of becoming endangered, or even going extinct, as a result of over-hunting due to the prevalence of bushmeat consumption in the pre-frontier Brazilian Amazon, say the researchers. “Rapid growth of cities and inadequate resources to deter illegal consumption in this urbanized wilderness,” is the crux of the problem.

Tropical forests contain high levels of biodiversity and house countless endangered species. As urbanization of the Brazilian Amazon has increased over time, many environmentalists assumed that over-hunting of wildlife would decline. However, research has shown that many rainforest wildlife species continue to decline due to hunting, and that city-dwellers commonly incorporate these species into their diet.

One reason for this is poverty: Throughout the world, bushmeat consumption has been linked to lack of income, because hunting is a less expensive and time-consuming way to obtain food than keeping domestic livestock or fish, which also can’t easily be raised in urban areas. Poverty is widespread in the urban cities of the Brazilian Amazon, which likely explains the ongoing consumption of native wildlife.

Parry and his team set out to gain some insight into urban eating habits in regard to bushmeat by surveying two cities in Amazonas State, Brazil: Borba and Novo Aripuana. They distributed questionnaires to 153 households that asked questions delineating socioeconomic factors as well as wildlife consumption habits in the previous year. They also engaged the households in games to clearly show their food preferences.

That’s not to say that all rainforest species are threatened equally by hunting. The study showed that the consumption practices varied greatly among different animals, and largely depended on taste preferences. Whereas 99% of households had consumed fish in the last year, only 28% had eaten caiman, for example.

“Tapir and white-lipped peccary, both large-bodied ungulates, are widely consumed in Amazonian cities and perhaps are favored by hunters due to their size (lots of meat) and by consumers for their taste… [whereas] urban demand for consuming monkeys is relatively limited,” Parry told Mongabay.

There was also a great disparity in the types of families doing the consuming. Parry and his team found that wildlife consumption is inherently linked to economic status, with impoverished families doing significantly more fishing and hunting than wealthier families.

Now that the scale of the problem has been identified, Parry and his team are proposing solutions. Most significantly, they urge that environmental regulations and enforcement be put in place to limit consumption to more harvest-tolerant species. This would help protect threatened species. Furthermore, impoverished city-dwellers need to be offered affordable dietary alternatives to bushmeat, and be provided with real opportunities for poverty alleviation.

Though the reduction of wildlife consumption in the Amazon is a large undertaking, it is crucial to maintaining biodiversity in the region, says Parry. “Developing solutions to defaunation is essential in order to prevent extinctions, maintain the integrity of ecosystems and, equally important, maintain the livelihoods of resource harvesters and the well-being and food security of consumers.”

This article was first published by Mongabay.com on 19 Jan 2016.

‘Enforcement’ to protect some species & providing for impoverished populace, neither of which the Brazilian Govt. (busy building dams) is likely to attend to anymore than Africa’s Govts. have slowed bush meat trade there.. Impoverished are also the fastest growing segment of both these countries increasing population & Brazil was first country Africa’s Zika forest blessed w/ Zika virus. Bush meat revenge.

What a tragic species are we!