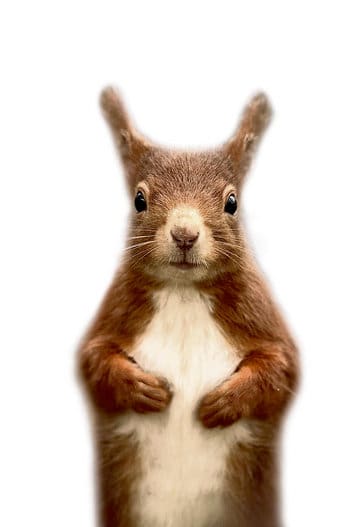 The alien grey squirrel is being routed from Ireland’s midland counties, with their numbers plummeting. The retreat of this American squirrel is proving a boon for our smaller native red squirrel, which is making a comeback in these areas, experts say.

Scientists in NUI Galway tracking the grey squirrel’s decline believe that a resurgent pine marten may be causing the dramatic reversal in squirrel fortunes. Pine martens are cat-sized, tree-climbing predators that can catch and kill grey squirrels.

“We confirmed that the grey squirrel population in the midland counties of Laois and Offaly has undergone a substantial decline,” says squirrel expert Dr Colin Lawton of NUI Galway. “The red squirrel, despite being considered absent from much of this area for a period of about 30 years, is once again widespread and common.”

A gloomy 2007 survey had shown greys expanding into Wexford and Waterford, into north Cork, and right up to Derry and Donegal. Wherever greys go, reds eventually disappear. This outcome is blamed on competition and a pox virus carried by greys but lethal only to reds. But there was also a glimmer of hope, too: a gap in grey distribution.

Woodland owners and gun-club members in the midlands had noticed something was up with grey squirrels as far back as the mid-1990s. Anecdotal reports of disappearing squirrels coinciding with a pine marten comeback are now strengthened by studies by Emma Sheehy, a PhD candidate in Lawton’s group in NUIG. Sheehy, whose research is funded by the Irish Research Council, predicts greys will continue to decline.

Sheehy and Lawton were surprised by a lack of greys squirrels. “We expected them to have disappeared from a few woodlands,” says Lawton. “But it seems to be quite a large area.”

Where you find pine martens you tend not to find greys, so it has been difficult for wildlife biologists to study the grey demise. Greys are rare in Offaly and Laois, says Sheehy. And surveys beyond the Laois/Offaly borders revealed few greys and resurgent red-squirrel populations in north Tipp, south Westmeath, west and northwest Kildare and north Kilkenny.

Pine martens appear to prey more often on grey squirrels than reds, which seem unaffected by the forest carnivore, says Lawton. “Pine martens would find it harder to hunt and capture a red. The time they spend in the canopy and their light size means they go out on to finer branches.” Greys tend to spend more time squirreling for food on the ground.

Pine martens could be gorging their way through our grey squirrels. But Lawton believes the explanation is more complicated: “I would be leaning toward a more stress-induced factor, where [pine martens] are causing the greys to breed less or causing them not to settle in woodlands when they detect a pine marten population.”

Red and grey squirrels feed on tree seeds, but when stores run low, greys will happily eat mushrooms, birds’ eggs, small shoots and so on. “I have seen them eat crisps out of bins in the Botanic Gardens in Dublin,” says Lawton.

Working in the field

Reds had held out in Wicklow, but greys recently began moving in. As part of her research, Sheehy has cage trapped [see panel] up to 20 grey squirrels a day in an oak wood in Wicklow – Tomnafinnoge.

Last year, stopping off on her way down to Waterford Institute of Technology [where she carries out DNA analysis], Sheehy came across scat (droppings) on a log in Tomnafinnoge and decided to collect it for study. “I thought it must be fox,” she says, “but it turned out to be pine marten scat.” And the scat contained grey squirrel DNA.

Since then she has found 19 pine marten scats. “Three of those scats had grey squirrel in them, so around 15 per cent, so when they are available they eat them,” she adds.

Sheehy is using the Wicklow wood to test whether the presence of pine martens causes avoidance behaviour in greys. She set out squirrel cage traps with a range of scents – including eau de pine marten – to see if the scent of the squirrel killer scares greys. “There is definitely sensitivity to pine marten odours,” Sheehy concludes.

“Pine martens declined severely by the 1970s, and were down to a few remnant pockets in Clare, Galway and Waterford,” says Dr Ferdia Marnell, wildlife biologist at National Parks and Wildlife Service.

Legal protection by the Wildlife Act, 1976, and expansion of the forestry sector gave them a boost when perhaps just a few hundred remained. “They used woodland blocks to expand their range back across the country from the midlands and now to the M50, back into Dublin and Wicklow,” says Marnell.

Ecologist Dr Declan O’Mahony argues that proactive steps are needed to help pine martens, however. “People are still putting out poisoned bait, which pine martens would exploit, so there are still obstacles for them.” He argues a pine marten plan is needed and possible introductions should be considered.

Asked about deliberate movement of pine martens into new areas, Marnell says that is something that might be considered, but it is far too early to say. “We will be very interested to see what Colin’s team comes up with,” he says. He adds that pine martens are doing well without any intervention at the moment. But Lawton is unsure whether grey squirrels are on an unrelenting spiral downward. “Their long-term prospects are not as good as we once thought. But we are trying to find the cause and figure out whether this retraction is permanent or temporary. That is what Emma is looking at now.The one worry I have is that this is a temporary blip. A change to the habitat conditions in the areas could see the greys bounce back.”

Have you spotted a pine marten in your area recently? Have you noted a change in grey squirrel numbers? Email [email protected]

A tube with an attractive tidbit and some adhesive will snag hair from visitors such as squirrels and pine martens. In this way, scientists routinely trap and identify forest animals without ever laying eyes on the live creature.

“We put hazelnuts inside the tube. Squirrels really do like hazelnuts,” said NUI Galway PhD student Emma Sheehy. Pine martens prefer a different treat. “ We bait them with chicken or marmalade.” When the animals exit the buffet, sticky tape captures some hair as payment.

Back in the lab, the hair sample can allow researchers to identify the species and even individuals. Sheehy has also collected and tested pine marten scat and even had a specially trained dog assist her in her search for scat. But there are alternatives to hair of squirrel, scat of pine marten and DNA profiling techniques.

Ecologist Dr Pat Moran has used camera traps to identify all sorts of wary mammals. Moran’s pictures can tell you who’s who. “This method is particularly suited in the pine marten to identifying individuals because they have different face and chest markings.”

Pine martens can be difficult to spot and favour good cover for concealment.

This article was written by Anthony King and publsihed in the Irish Times.