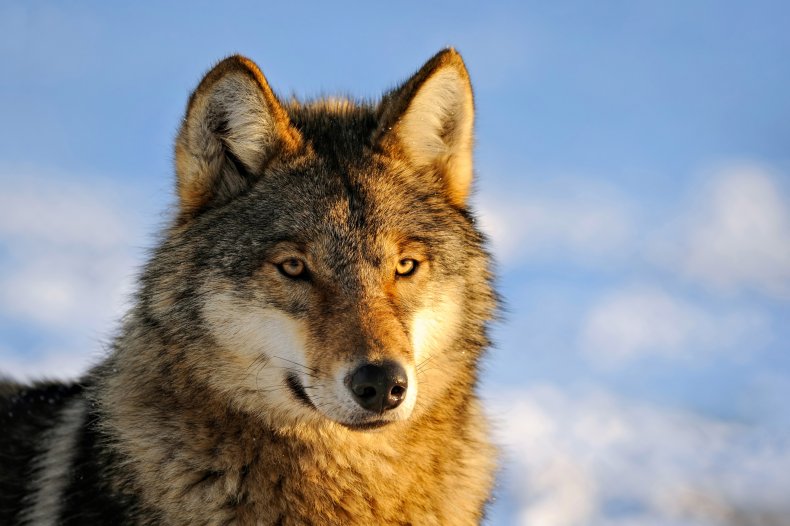 Conservation groups are calling on the U.S. Forest Service (FS) to take urgent action in order to protect a vulnerable population of wolves living on Prince of Wales Island in Alaska’s Tongass National Forest after it emerged that 97 percent of the known population, given the most recent estimate, was legally killed during the 2019-2020 trapping season.

In early March, the Alaska Department of Fish and Game (ADF&G) announced that trappers had killed 165 Alexander Archipelago wolves—a subspecies of the northwestern wolf—living on the island and surrounding islands. The last estimate of the population was 170, as of fall 2018.

Non-profits Defenders of Wildlife, the Center for Biological Diversity, and the Southeast Alaska Conservation Council say that this is a record number of killings. Furthermore, the figure does not include any potential illegal killings, which have not been uncommon in the past.

In light of the news, the conservation groups have written a letter to the FS urging the agency to implement conservation measures outlined in a wolf management program in 2017. This program, known as the Wolf Habitat Management Program, was developed by the FS and ADF&G specifically in response to concerns about the survival of the population.

“This is a shocking number of wolves to have been taken, and once again there has to be concern for the viability of wolves on Prince of Wales Island,” Nicole Whittington-Evans, Alaska program director for Defenders of Wildlife, said in a statement provided to Newsweek. “The U.S. Forest Service must engage with the state on wolf management decisions to ensure that this imperiled wolf population and its forest habitat will remain healthy for future generations.”

The wolves on Prince of Wales Island are facing several threats, including unsustainable trapping and hunting, as well as the destruction of their forest home through industrial logging and road construction. Between 1994 and 2014 the population of these wolves decreased from an estimated mean of 336 to 89.

Subsequently, lower quotas were introduced, allowing around 20 percent of the population or lower to be trapped, leading to an increase in wolf numbers. By the fall of 2017, the estimated population had risen to 225 wolves, although this dropped again to 170 by the fall of 2018.

This is the last estimate of the population that officials have because determining the figure takes several months. For example, the fall 2019 estimate will not be ready until August or September this year, when it is likely to be significantly lower following the killings.

Despite the apparent success of the lower wolf-trapping quotas in enabling the wolf population to bounce back, the ADF&G lifted all harvest limits for the two-month trapping season that ended on January 15, 2020 in a controversial move. If the quota had been in place, trappers would only have been allowed to legally kill 34 wolves during the past season, the conservation groups say.

“The unprecedented killing of these imperiled wolves is an appalling and completely predictable result of reckless mismanagement,” Shaye Wolf, a scientist at the Center for Biological Diversity, said in a statement. “It’s difficult to see how state and federal officials can allow hunting and trapping next season without completely wiping out these wolves. They have a duty to protect these beautiful animals from extinction.”

Meredith Trainor, executive director for the Southeast Alaska Conservation Council, also criticized state and federal authorities for allowing so many wolves to be killed in the 2019-2020 trapping season.

“While wolf management has always been a controversial issue in Southeast Alaska, it simply belies common sense for the Alaska Department of Fish and Game to allow legal trapping of 97 percent of any game population,” said in a statement. “With this letter we’re calling on the U.S. Forest Service to take a larger role in, at a minimum, ensuring sustainably managed wolf populations on Prince of Wales Island by partnering with the Alaska Department of Fish and Game to immediately return to the quota system.”

The conservation groups are urging the FS to work with the ADF&G “to ensure a sustainable hunting and trapping level in 2020-21 and beyond, including a return to the quota system.”

“It is incumbent upon the Forest Service to intervene and implement the Wolf Habitat Management Program, as mandated by the Tongass Forest Plan,” the conservation groups wrote in their letter. “The Tongass Forest Plan requires the Forest Service to ‘assist in maintaining long-term sustainable wolf populations.’ More specifically, where there is a ‘mortality concern’ for wolves, the agency must ‘develop and implement a Wolf Habitat Management Program in conjunction with ADF&G.'”

“Close collaboration and alignment are again necessary to ensure that the agencies’ mutual interest in maintaining sustainable wildlife populations is achieved in the Tongass National Forest for wolves on Prince of Wales and nearby islands,” the conservation groups wrote.

The Wolf Habitat Management Program devised by the FS and ADF&G includes measures such as:

Located in the southeast of Alaska, Tongass is the largest national forest in the U.S.—covering an area of around 16.7 million acres. In fact, it is one of the largest intact temperate forests in the world, and is often described as the “crown jewel” in the U.S. National Forest system. And the wolves are in important part of this ecosystem.

However, officials note that the trapping of wolves may need to continue on the island. Many southeast Alaskans are dependent upon subsistence, with trappers and hunters often relying on deer meat to live. In Alaska, a valid state hunting and/or trapping license is required for hunters to kill wolves, which are usually trapped as a management tool for maintaining game species.

In a statement provided to Newsweek responding to the concerns outlined in the letter, a spokesperson for the FS said: “The Tongass National Forest is working with local communities, regional leaders, our colleagues with the State of Alaska and federal partners to maintain long-term sustainable wolf populations while ensuring rural Alaska residents can continue their subsistence way of life.”

“Over the next several months, Alaska Department of Fish & Game and USDA Forest Service biologists will work together to conduct the fall 2019 population estimate and den site investigations. Both agencies will also work with their respective staff and local communities to observe and gather information on wolf populations and behavior. The fall 2019 population estimate will be available in September of this year.”

“Once that information is gathered, experts and leaders from the Forest Service and State of Alaska will make a decision consistent the local Management Plan and the goal of managing the population within the objective range. A reduced or closed season is among the options we will consider,” the FS said.

The ADF&G also responded to a Newsweek enquiry regarding the high numbers of wolves harvested during the past trapping season, with a spokesperson pointing towards a letter from the agency’s director replying to people who have submitted emails raising concerns about the population, referred to as “Unit 2.”

“As managers of the state’s fish and game resources, we at the Alaska Department of Fish and Game recognize our obligations under the public trust doctrine and our responsibility to current and future generations,” ADF&G Director Eddie Grasser wrote in the letter dated to April 9. “Further, Alaska’s Constitution mandates that fish and game populations be managed on a sustained yield basis, and direction from the Alaska Board of Game (Board) is to maintain a fall Unit 2 wolf population of 150-200 wolves.”

“We agree that the fall 2019 Unit 2 wolf harvest was high and if repeated year after year, would be unsustainable. In fall 2019 harvest regulations changed, and we believe the high harvest resulted from much greater than anticipated trapping effort. Over the last ten years an average of about 15 trappers have reported harvesting wolves in Unit 2, but in 2019 32 trappers reported harvesting wolves.”

According to the Grasser, the primary change in harvest regulations in the fall of 2019 was that instead of announcing a pre-season harvest quota, the agency announced a season length.

He added that once the new population estimate is ready later this year, ADF&G biologists and leadership will “set fall 2020 harvest opportunity consistent with our constitutional mandate and provisions in the Unit 2 Wolf Management Plan with the goal of maintaining or returning the population to within the objective range. A reduced or closed season is among the options we will consider.”

This article was first published by Newsweek on 16 April 2020.

another disgusting example of humans cruel and beyond stupid!!!

The only good Hunter is a Dead Hunter!!!

Alaska is an F’ing red state!! What do expect from a land mass that brought us Sarah Palin!! Idiots breed idiots, and ignorance!! You ever notice how ALL futuristic movies depict our planet as a vast wasteland of shit and despair? I mean honestly, at this point, id welcome planet of the apes, at least all the deforestation, and killing of innocent animals, would no longer accur. Nature finds a way, and it will start fighting back, with a vengeance. I hope all you gun toaters out there arent too fond of your children and grandchildren, cause the planet you’re… Read more »

What is the matter with these people. Give someone a gun and you can bet your life he’ll find a reason to use it.
how about we start hunting the hunters and see how they like it.
this is appalling and someones head should roll. But it won’t.

I would fire the wolf management teams in this region of responsibility and get someone in there that can oversee trapping, which is barbaric to begin with. Can any of these employees of ours count?