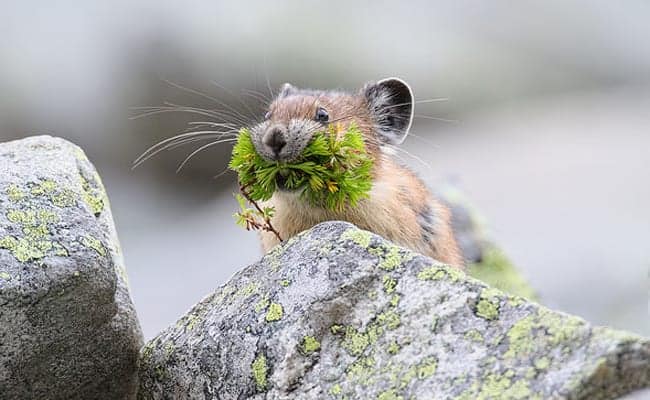 Wildlife scientists have raised concerns about the impact of climate change on American pikas for some time, and the tiny mammals have now disappeared entirely from a large stretch of land in California.

American pikas are a small, herbivorous relative of rabbits and hares who live high in the mountains of the American West. The creatures have adapted to withstand cold climates at high elevation on rocky mountain slopes, and they survive by gathering vegetation stockpiles for winter.

Unfortunately, the changes that accompany a warming world are proving to be disastrous for pikas, and the adaptations that allow them to survive have become a serious problem, making the mammals especially vulnerable to overheating.

Biologists believe that climate change is pushing pikas to the brink, and now a study published in “PLOS One” has added to the growing body of evidence surrounding this decline.

According to the new research, American pikas have disappeared entirely from a 64-square-mile span of habitat in California’s northern Sierra Nevada mountains, extending from Tahoe City to Truckee. This discovery appears to document the largest area of pika extinction yet reported in the modern era.

“The loss of pikas from this large area of otherwise suitable habitat echoes prehistoric range collapses that happened when temperatures increased after the last ice age,” explained lead author Joseph Stewart. “This time, however, we’re seeing the effects of climate change unfold on a scale of decades as opposed to millennia.”

Between 2011 and 2016, Stewart and his colleagues searched the area for evidence of pika presence. Using radiocarbon dating, the researchers examined pika droppings to determine the animals’ range and distribution, concluding that pikas had been slowly pushed to higher elevations until there was nowhere left for them to go.

Although the study’s authors note that pikas can still be observed in surrounding areas, the loss here has isolated those populations. And wildlife scientists predict that climate change will cause a 97 percent decline in suitable climate conditions for pikas in the Lake Tahoe area by 2050.

Researchers hope their findings will help raise awareness about the plight of American pikas, as well as other species threatened by climate change.

“Our hope is that simply getting the word out there that climate change is causing iconic wildlife to disappear will get people talking and contribute toward political will to reign in and reverse climate change,” offered Stewart. “There’s still time to prevent the worst impacts of climate change. We need our leaders to take bold action now.”

With the people in charge of our (USA) environment refusing to recognize climate change what are we to do? They seem to ignore letters, e-mails, petitions. I guess we can just keep up resisting their ill advised changes.

Pauline> it is a big failure in humanity whenever a species disappear.