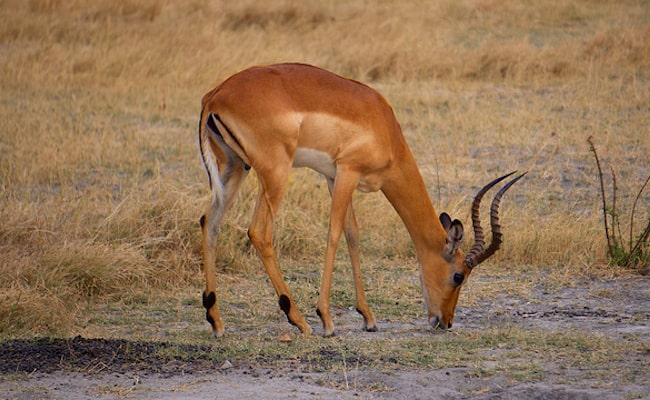 War is by nature a deadly affair, yet when all is said and done, we tend to only take stock of the human casualties. The loss of human life is plenty devastating on its own, but make no mistake: in times of war, animals get caught up in the carnage, too.

It probably goes without saying that when bullets are flying and bombs are exploding that animal bystanders are inevitably going to be killed, as well. However, succumbing to weapons by being in the wrong place at the wrong time is not the only way that animals suffer.

Beyond that, more locals turn to poaching during times of war to sell ivory and carcasses as their only source of income in a collapsed economy. Others simply kill the animals so that they have something to eat since food in a warzone is otherwise scarce. Plus, due to the inherent danger, animal charities and governments have to back off their conservation efforts, leaving the animals vulnerable to threats that could be more adequately addressed in times of peace.

These are the conclusions of Joshua Daskin and Robert Pringle, scholars from Princeton University. Curious about the cost of war on animals incidentally caught up in battles, the pair studied animal populations in nature preserves throughout the continent of Africa between 1946 and 2010. Their study is the first to demonstrate how war has a negative effect on animal populations.

The Gorongosa National Park in Mozambique is the most startling example of animal casualties during wartime. From the mid ‘60s to the mid ‘70s, Mozambique was in upheaval, first in search of independence, and then in a bloody civil war. During that time, 90 percent of the area’s large herbivores (we’re talking hippos, zebras, elephants, antelope, etc.) perished.

Though it’s the most extreme example, it’s hardly an isolated one. Since 1946, 70 percent of Africa’s protected nature reserves have been turned into battlegrounds, typically knocking down animal populations along with them.

Thankfully, the research comes with some optimistic news: damage inflicted on animal populations during times of war is reversible. Although it’s not as simple as ending the war and the animals returning, with some deliberate conservation efforts, communities can create the conditions necessary to revive the numbers over time.

Even the aforementioned Gorongosa National Park, despite the massive losses, is back up to having about 80 percent of the animal population it did about 40 years ago. That success did require intervention, however.

The Princeton team hopes that their research is utilized by conservation organizations to better allocate funds. With the knowledge that animals in war-torn regions are most vulnerable and that post-war regions could use the most assistance, animal charities could maximize their efforts accordingly.

Although this study focused on Africa, be aware that this problem is not limited to one continent. For example, there were 750,000 animal casualties during World War II. More currently, animals are abandoned as humans flee for their lives, as summarized in “In Times of Conflict, We Often Forget Animals Trapped with Nowhere to Go.” Finally, if that last story leaves you sad, you’re entitled to a related pick-me-up: “9 Animals Rescued from Zoo in Aleppo.”