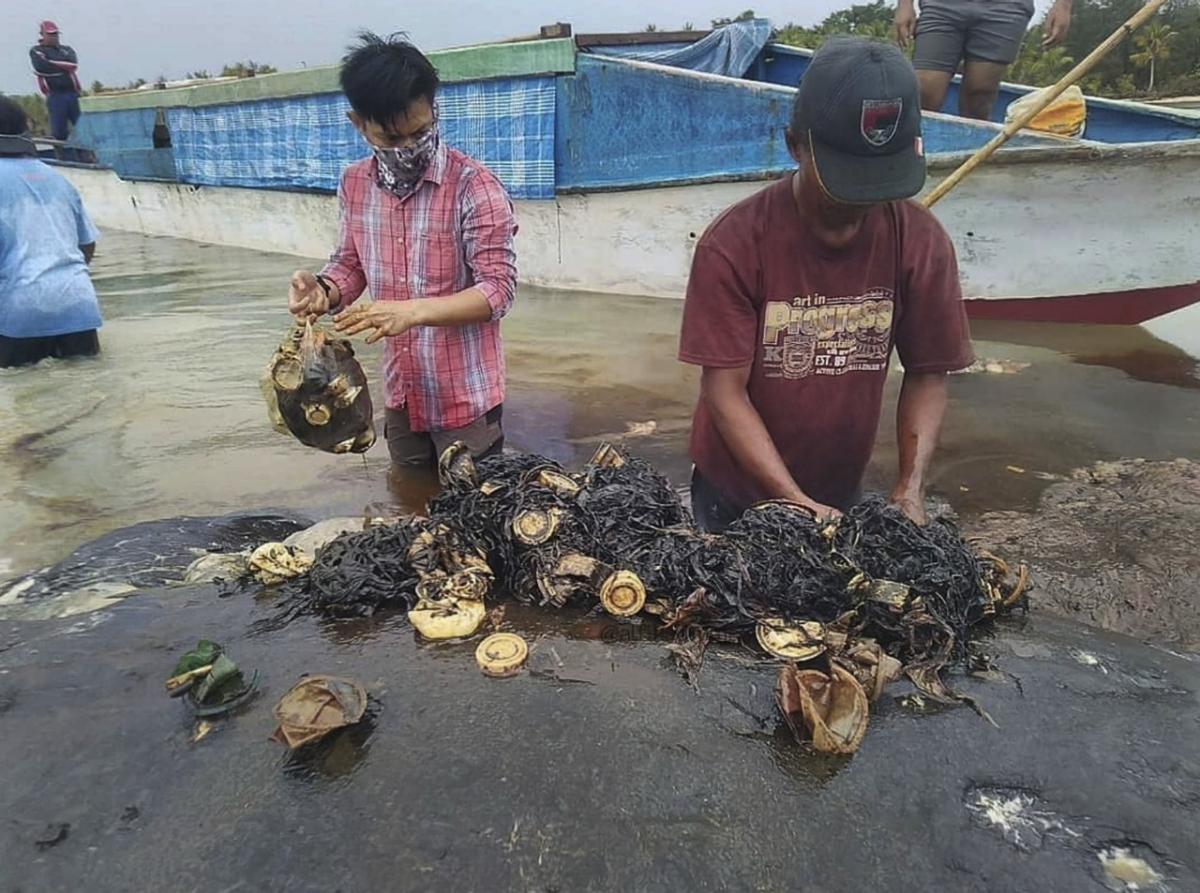 In another tragedy for marine mammals who are being impacted by trash, a dead sperm whale was found in Indonesia with more than 1,000 pieces of plastic in its stomach.

According to the New York Times, the whale, who washed up on Wakatobi National Park,was too decomposed for officials to determine the exact cause of death, but it’s suspected that consuming so much trash played a big role.

In all, this whale was found to have consumed pieces of plastic, plastic bottles, plastic bags, flip flops, plastic cups and a bag full of rope that in total weighed more than 13 pounds.

Consuming trash like that can cause a number of problems from causing blockages and injuries to their digestive systems and secondary infections to malnutrition and other problems that make them more vulnerable.

Sadly, this case isn’t an isolated incident. Other whales have met a similarly tragic fate, while many other species and marine ecosystems are also being affected, and the problem is expected to get worse.

It’s now believed that by 2050, there will be more plastic than fish in the sea, but production is still expected to increase over the coming years.

A report released by the Ocean Conservancy last year concluded that a majority of plastic enters the ocean from a small geographic area, and that over half comes from just five rapidly growing economies, including China, Indonesia, the Philippines, Thailand and Vietnam, where increased economic growth has increased consumer demand for products, but the waste management infrastructure hasn’t kept up.

According to a separate study, Indonesia is the world’s second largest plastic polluter after China, producing 3.2 million tons of mismanaged plastic waste every year, of which more than one million tons ends up in the ocean.

While efforts are underway from the local to global level to curb our use of single-use plastic items, there’s still a lot to be done. At least in response to this incident Luhut Binsar Pandjaitan, Indonesia’s coordinating minister of maritime affairs, told the Associated Press that the government is working to reduce the use of plastic in the country, “including urging shops not to provide plastic bags for customers and teaching about the problem in schools nationwide to meet a government target of reducing plastic use by 70 percent by 2025.”

Hopefully this sperm whale’s tragic, and avoidable fate, will inspire more people to choose reusable alternatives to disposable items, and encourage further efforts to reduce our consumption and improve waste management and recycling programs to prevent more plastic from finding its way back into the environment.

This is so very Heartbreaking :(( :((. Will there ever be an End to these Tragedies to Innocent and Beautiful Beings?? :(( :((

Indonesia has to take responsibility for these dead whales. Their seas are the second most polluted waters after the USA. They have no recycling facilities, the rubbish collection service is non existent and still they push tourism to the enth degree. Australians, stand up and boycott the place until they implement a decent rubbish removal system and a creditable recycling unit. We re adding to their rubbish by flocking over to the islands.