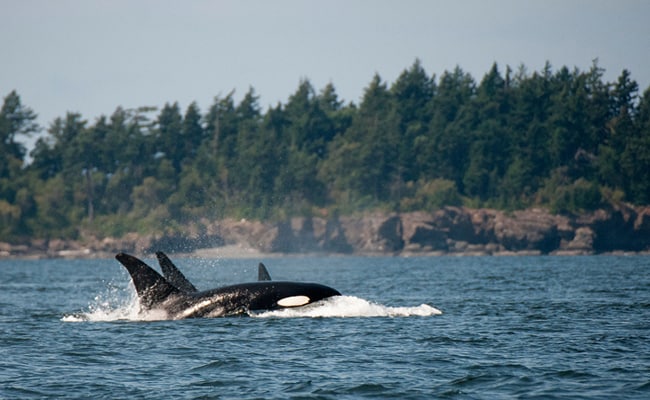 Conservationists are mourning another tragic loss for the west coast’s beloved orcas, whose population is now the lowest it’s been in 30 years.

These orcas, who are otherwise known as the southern resident killer whales, live in three distinct pods (J,K and L) that travel through Puget Sound, the Straight of Georgia and the Strait of Juan de Fuca during the summer months before migrating to open ocean in the winter.

Despite their popularity, they’re also highly endangered. Even with years of protection in the U.S. under the Endangered Species Act (ESA), and in Canada under the Species at Risk Act (SARA), they’ve yet to make a comeback.

Sadly, the Center for Whale Research, which keeps an official census of these orcas, has announced another loss.

According to the organization, a 23-year-old male who was nicknamed Crewser (L92), hasn’t been seen since November of 2017. He is now missing and presumed dead.

With his disappearance, there are now only 75 individual members left in existence. It’s the lowest their population has been in decades, and it doesn’t bode well for their future survival. With fewer than 30 individuals are capable of reproducing, they’re quickly approaching the point of no return.

While these orcas continue to face a host of threats ranging from boat noise to pollution, one of their biggest problems now is a lack of their main food source – Chinook salmon.

At this time of year, they rely heavily on salmon runs from the Fraser River. Previous research has found that the vast majority of the Chinook salmon these orcas eat near the San Juan Islands and Vancouver Island came from this river, but declining salmon runs have meant less food for them, and they’ve been spending less time in inland waters in spring likely as a result.

While urgent action is needed on our part to help these orcas survive, both the U.S. and Canada have at least acknowledged that are taking steps to address the issue. Canada is going to spend millions on habitat restoration projects in the Fraser River, while Washington state’s Governor Jay Inslee has issued an executive order to create a task force focused on protecting both orcas and salmon.

Separately, the Center for Biological Diversity also just announced its intent to sue over an unacceptable, and illegal, delay by the National Marine Fisheries Service to protect critical habitat for these orcas off the coasts of Washington, Oregon and California.

While steps in the right direction are being taken, time is running out and more public pressure is going to be needed to support changes that will protect these orcas, while any recommendations made to help them, and salmon, that are put forward are going to need to be given serious teeth.