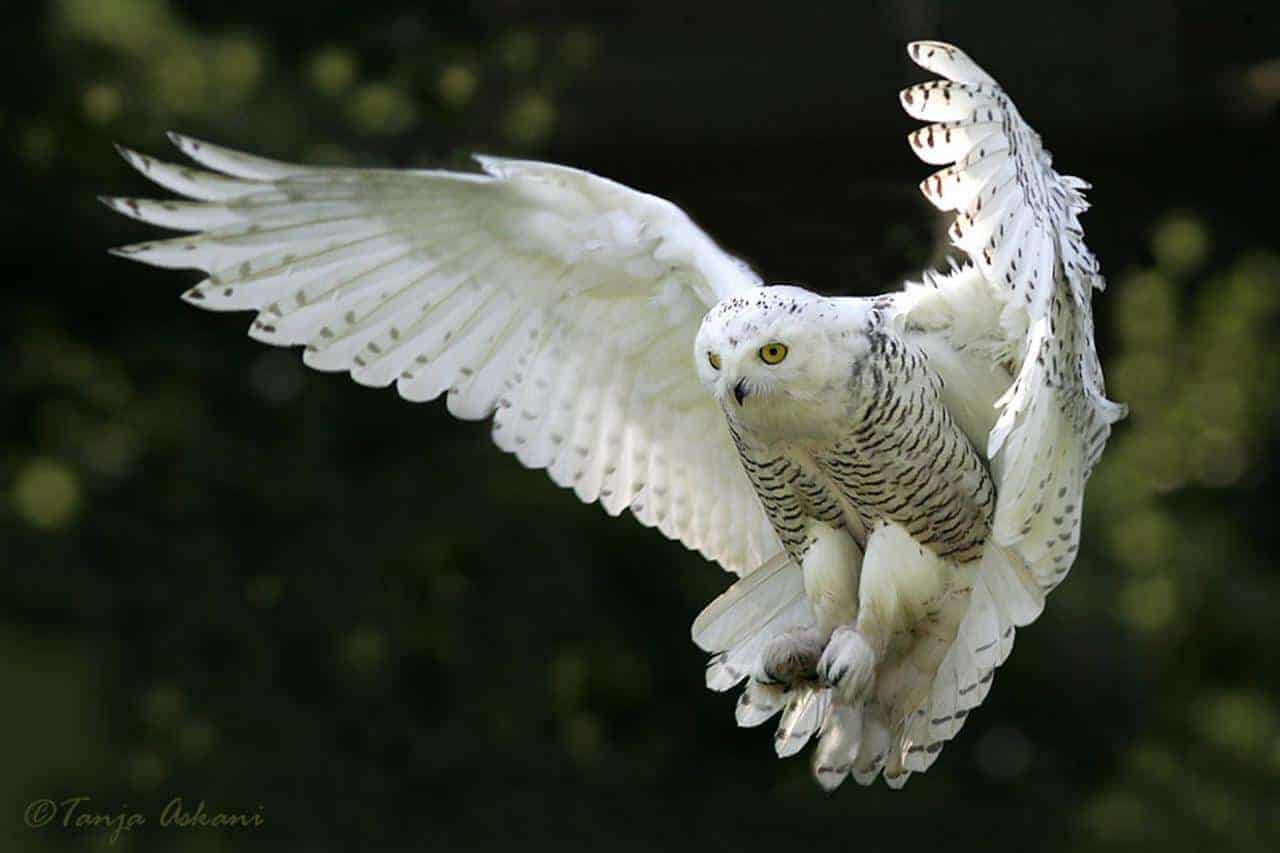 Tourists in Hudson Bay, Canada, are usually most eager to see polar bears. But in November of 2012, it was a snowy owl and an Arctic fox that stole the show.

Over the course of about a week, the fox and owl were seen repeatedly dancing around each other, almost as if they were playing.

“For the most part the owl was oblivious, but at times it seemed it would taunt and goad the fox,” says David Briggs, senior expedition leader for the tour company Arctic Kingdom, who took the video and sent it recently to National Geographic.

“I don’t know if I can say it was extraordinary,” says Briggs, “but it was a pleasure for us, for sure.”

Probably not, says Anders Angerbjörn, a professor at Stockholm University and leader of the Swedish Arctic Fox Project. After all, playing is a luxury most adult wild animals can’t afford.

Instead, Angerbjörn suspects the behavior can be explained by rivalry.

You see, both Arctic foxes and snowy owls rely on lemmings. When there’s a bumper year for the rodents—as 2012 likely was—both species try to eat as many as possible. And sometimes, the best way to do that is to run off competitors.

“They’re trying to defend their territories,” says Angerbjörn. “They really don’t like each other.”

In fact, Angerbjörn says Arctic foxes have been known to kill snowy owl chicks and in turn, snowy owls have no problem killing Arctic fox kits. The adults are about the same size however, so interactions like the one in Briggs’s video rarely end in death.

You might think that a canid would best a bird in most battles, but with these two species, it’s the owls that have the advantage.

“The snowies are tough,” says Denver Holt, a field researcher and president of the Montana-based Owl Research Institute.

Once, while working in Alaska, Holt says he found the carcass of a young fox near a snowy owl nest. Closer inspection revealed numerous puncture wounds and bleeding beneath the skin.

Without seeing the actual kill, Holt says it’s impossible to say what happened. But he has seen many a snowy owl swoop down and rake an Arctic fox across the back with its talons.

His winter coat has more than two dozen holes, each marked with duct tape to catalog the year and sex of the bird that attacked him. When he showed it to the coat company as a lark, they started sponsoring his expedition gear.

Fun as such stories are to tell, after 26 years of working the snowy owl breeding grounds in Alaska, Holt says being the target of an aggressive snowy owl is getting a bit old.

“All the young students and people who help you out want to get hit, but I don’t need to get hit anymore.”

This article was first published by National Geographic on 11 Jan 2018. Lead Image: The recent abundance of snowy owl sightings in the US and Canada is linked to a spike in the lemming population. Photograph: Tanja Askani.