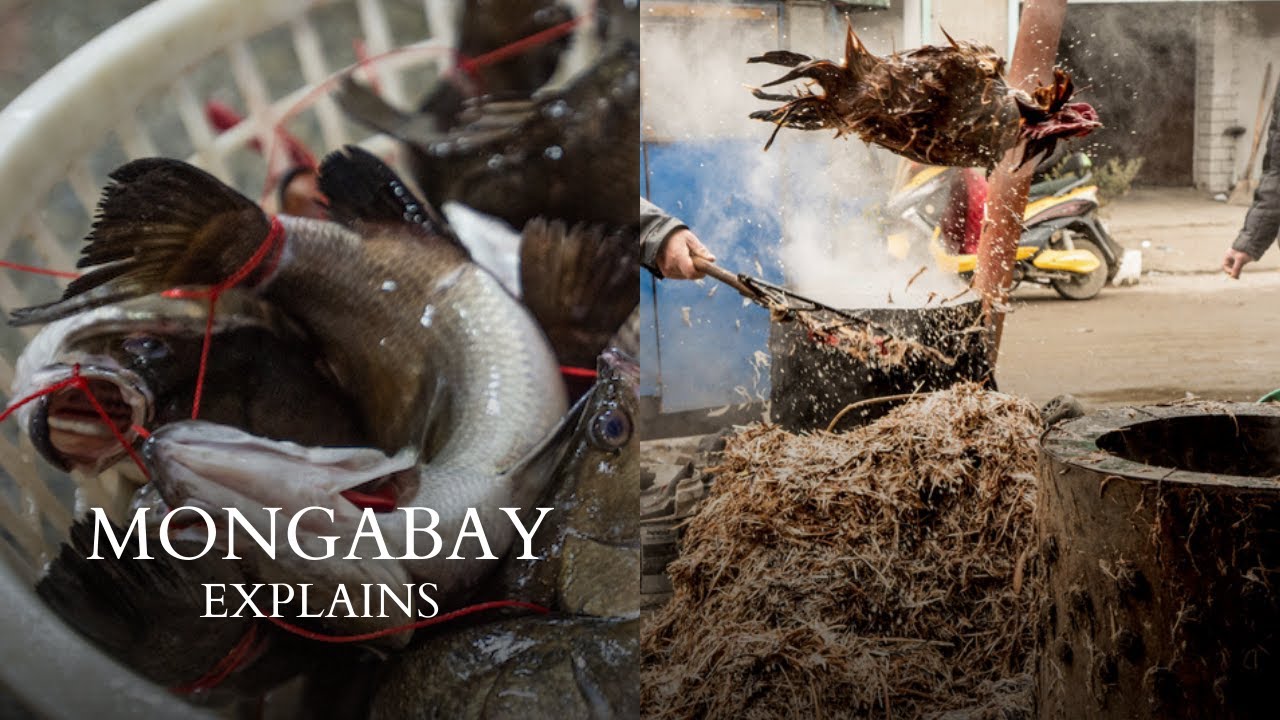 Last Thursday, U.S. Secretary of State Mike Pompeo called on China to shut down wet markets where illegal wildlife are sold. Pompeo’s call was echoed by the Australian government, which on the same day urged G20 countries to take action on wildlife markets in order to reduce the risk of new diseases like COVID-19 spilling over into humans in the future.

Lost in both statements was a recognition of the complexity of China’s wildlife trade or the scale of the challenge it now faces. Wet markets have shouldered much of the blame for the deadly pandemic, but few of those markets sell wildlife and those that do only account for a portion of a supply chain that involves millions of people and vast sums of money. Unwinding China’s wildlife industry – which serves as the primary means of survival for many of those people – will be far from straightforward.

Some new polling data shows high levels of support in the region for shutting down illegal wildlife markets, even in countries where consumption of wildlife is considered a delicacy. China’s provisional ban on eating wildlife has earned praise from conservation groups as a good start, but sorting out the line between legal and illegal markets has already proved tricky.

Key sectors of China’s wildlife industry remain free from new regulations – including those that sell products made from animals known to carry coronaviruses.

Traditional medicine, for example, includes the use of remedies made from bats and pangolins, but producers serving that market have so far escaped the kind of harsh new restrictions that the wildlife consumption industry faces.

In the long run, conservation experts say they hope the spike in outrage over the link between commercial wildlife exploitation and COVID-19 will lead to lasting change across the wildlife industry in China, as well as elsewhere in the region.

After the initial spread of COVID-19 was traced to a wet market that sold wildlife in Wuhan, the Chinese government ordered people across the country to stop trading or eating wild animals on Feb 24.

The ban on consumption is provisional, with a new legal framework expected to come later this year. Horseshoe bats as well as pangolins – one of the world’s most trafficked species – havebeen identifiedas potential hosts that might have passed the virus to a human.

Wildlife markets shutter in China, but challenges remain in a vast industry

While the focus on wet markets can obscure the complexity of China’s wildlife industry, the small proportion of those markets that do sell wild animals have been identified as a public health hazard.

“These animals are often mixed with multiple different species in unsanitary conditions, creating a perfect environment for the pathogens that they carry to jump from one species to another,” said Jonathan Sleeman, director of the U.S. Geological Survey’s National Wildlife Health Center in an email.

Conservationists based in China say that the COVID-19 pandemic has prompted an outcry on social media, leading to calls for harsher restrictions and reinforcing perceptions of the wildlife industry as dangerous to public health.

“This pandemic is so shocking,” said Fei Zhou, chief program officer of WWF China in an interview. “It’s a catastrophe at the national level we never had in the past, and a consensus has emerged to close all the wildlife markets.”

But abroad, misconceptions of what constitutes a wildlife market and how people in China consume or purchase products made from wildlife have led to confusion.

“I think people get this message a little mixed that there are these rampant wildlife markets all over China and they’re reopening,” said Blake. “That’s not the case, it’s mostly food markets.”

Part of the wildlife trade has shifted to online marketplaces in recent years, where buyers can purchase wildlife products and have them delivered to their doorstep by courier services.

Warehouses and farms where animals are stored by sellers who operate those marketplaces can pose similar public health risks to those of in-person wildlife markets.

“The situations where you have wildlife housed in warehouses for customers can still create a high-risk disease situation for workers, who can then subsequently spread a disease if they catch it,” said David Olson, director of conservation at WWF Hong Kong in an interview.

“They use keywords to check if there are online stores or advertisements talking about wildlife consumption, and if they find those they will send an alert to the store’s owners and ask them to take it off,” said Aili Kang, executive director of the Wildlife Conservation Society (WCS)’s Asia Program in an interview.

According to an official with China’s State Council, 17,000 e-commerce accounts offering wildlife products were shut down in a month earlier this year.

Nearly overnight, a ticket out of poverty becomes a public health hazard

For many of the 6.3 million people involved in China’s $18 billion dollar per-year wildlife farming industry, the new rules are a life-upending event.

Among the species covered under China’s consumption ban are civet cats and bamboo rats, which have featured in a years-long effort by Chinese officials to reduce rural poverty by encouraging people to legally farm wildlife. The sale of civet cats was briefly banned in 2003 after they were identified as likely hosts for the SARS virus that killed nearly 800 people, but the ban was lifted not long afterwards.

This time, conservationists say, the restrictions are likely to stick.

“The difference between the current pandemic and SARS is that this health scare is a wake-up call for the government and public that there’s a need to end these kind of markets,” said Zhou of WWF China.

But sorting out compensation for farmers involved in a trade that was legal just a few months ago and helping them transition into other industries will be challenging, particularly for a government that prizes economic development. Already, some farmers have expressed frustration at the ban and are lobbying behind the scenes for exceptions to be made.

“They want to argue that captive breeding of civet cats isn’t the problem because they can get health checks or other types of control,” said Kang of WCS. “There’s a debate within China currently between conservation groups and the captive breeding groups.”

Kang says the government is examining whether farms used for wild species can be repurposed for other kinds of domesticated livestock.

According to one Chinese official, nearly 20,000 captive breeding farms were forced to close down in February alone. Some worry that if the owners of those farms aren’t assisted in finding new sources of income, they could be pushed into the black market.

“For a transition out of the wildlife trade to be socially acceptable and effective, it is essential that the identification of alternate livelihood options is carried out,” said Elizabeth Mrema, acting executive secretary of the UN Convention on Biological Diversity in an email. “And this must be done in consultation with, rather than imposed on communities.”

While China’s ban on wildlife consumption has been welcomed by conservation groups and public health experts, some say it doesn’t go far enough. The new rules don’t cover traditional Chinese medicine (TCM), which has deep roots in Chinese culture and includes remedies derived from wildlife products like tiger bones and pangolin scales.

“The TCM lobby is really powerful,” said Olson of WWF Hong Kong. “More powerful than the wildlife farming industry even, because it’s a part of cultural tradition.”

Most TCM remedies don’t include wildlife products, but demand for those that do is high enough to link the industry to catastrophic levels of poaching across the world. China has long banned consumption of pangolin, but loopholes for use of the reclusive creature’s scales in TCM have fed the illicit trade and provided opportunities for its meat to make its way into markets and restaurants.

The decision to allow the TCM industry to continue selling products made from species that have been identified as coronavirus carriers has been met with criticism, although some NGOs are reluctant to push the Chinese government too aggressively on the issue.

“I think sometimes the international calls for action are counterproductive because of the nationalism and politics involved,” Olson said. “China doesn’t do things just because someone told them what to do.”

While production lines for TCM remedies can be better controlled than open-air wildlife markets, critics of the government’s decision say there are risk seven when safety precautions are in place. Large-scale production of dried bat feces – which is used to treat eye and other ailments – remains legal and it can still be purchased online.

One study from early February identified bats from a region near Wuhan as the most likely original host of Covid-19, speculating that use of the species for TCM may have been the initial vector of infection.

“Even when the selling of live wild animals at food markets would be completely prohibited in China, the trading and handling of bats for traditional medicinal purposes would remain a serious risk for future zoonotic coronavirus epidemics,” the authors wrote.

While concerns over the absence of TCM in China’s regulatory response to the pandemic remain, conservationists say the halt on wildlife consumption is a step in the right direction that they hope neighboring countries will emulate.

For now, public sentiment is soundly against the wildlife trade, but they worry about what could happen once memories begin to fade.

“After, say, five years, when people begin to recover from the pandemic and start to move back to normal, it’s possible they’ll forget what happened,” said Kang of WCS. “They may say, well we have medicine to treat Covid-19. That will be the time businesses may say, ‘now we can rethink this.’”

This article by Ashoka Mukpo was first published on Mongabay.com on 27 April 2020.