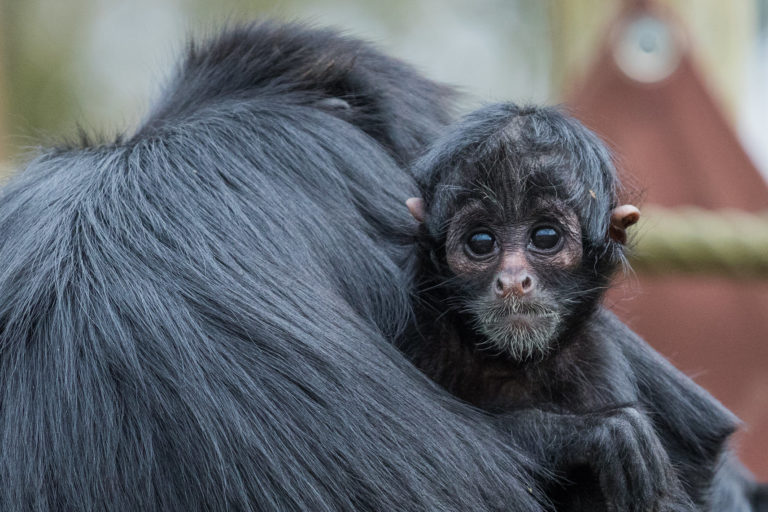 At the beginning of the 1990s, while observing the large trees of the Amazon ceding ground to the scrub-like vegetation of the Cerrado, in a process driven by human activity, Brazilian scientist Carlos Nobre conceived of the hypothesis that a process of savannization of the world’s greatest tropical forest was underway.

Thirty years later, a study led by Lílian Sales of the Institute of Biology at the University of Campinas in São Paulo state shows that the phenomenon of savannization goes far beyond the transformation of the Amazon’s vegetation: it could radically modify the territorial distribution of animals and affect the survival of several species, especially those reliant on dense forest vegetation.

The study, done in partnership with researchers from São Paulo State University and the University of Miami and published in the journal Global Change Biology, used computer models to project the dispersion of 349 species of mammals living in tropical, Atlantic and savanna forests throughout South America over time.

The results show a bleak scenario for some of the species that have evolved to thrive in forests, which may lose up to 50% of their range by the end of the 21st century. This is especially the case in the region known as the Arc of Deforestation, a zone of agricultural expansion in the south and southwest of the Brazilian Amazon, where the rainforest abuts the Cerrado shrubland.

The only refuge for these species would be the central area of the Amazon Basin, in areas closer to the Andes Cordillera, less vulnerable to climate change and to the impact of the agricultural frontier. The expectation is that there could be an influx of up to 60 species into these untouched regions, increasing competition with endemic wildlife for resources and bringing unpredictable ecological consequences.

Conversely, species native to the Cerrado, which are also losing habitat to farmland, would see a net increase in their distribution by up to 30%, as the savannization of the Amazon (and, to a lesser extent, the Atlantic Forest) open up new areas for them that would otherwise have remained unsuitable.

An Amazon gateway for Cerrado species

Sales said she was inspired to carry out the study out of scientific curiosity and Nobre’s talks. An expert in large spatial patterns of distribution of organisms, she questioned whether the process of tropical forest flora being replaced by savanna vegetation could also happen to the fauna of these two biomes.

“As the vegetation of the environment changes, we expect the creation of new habitats to happen,” Sales said. “As the climate gets drier, deforestation advances and fires become more frequent. The humid and dense forests lose space, turning into open environments, similar to the Cerrado in appearance, but degraded and without the values of conservation and biodiversity. This could enable some typical savanna animals to enter these forests and take the place of those which were there before.”

Large monkeys and maned wolves are emblematic cases of how the phenomenon of savannization will affect the dynamics of space occupation of certain animals in different ways. Arboreal primates like spider monkeys (Ateles spp.) and the woolly monkey (Lagothrix lagotricha) need a closed canopy formed by the tree tops to feed, sleep, reproduce and move. As the forest shrinks, they become confined to forest fragments, where they face increased competition for food and lower rates of survival.

The maned wolf (Chrysocyon brachyurus), by contrast, which tolerates more open and dry environments, could benefit from the spread of the savanna and expand its population, invading areas that were previously rainforest. A recent study recorded 22 occurrences of maned wolves in the Amazon in the last 25 years.

The presence of other Cerrado species, including the giant anteater (Myrmecophaga tridactyla) and the Pampas deer (Ozotoceros bezoarticus), in place of species that are more sensitive to deforestation — such as primates, sloths and some rodents — isn’t as favorable for the former as it may appear, Sales said. “It’s necessary to differentiate things,” she said. “The maned wolf is at risk of extinction and its home, especially in the midwest of Brazil, is completely destroyed by the action of exploratory agriculture and low-tech agriculture.”

The research findings suggest there may be hope for some of these threatened species — provided they can enter these deteriorated regions of tropical and Atlantic forest, and find nutrients and suitable breeding sites, Sales said. “The question is: if they reach these areas will they have food resources? Will these environments be sufficient for these populations to remain stable?” she said. “The projections reveal that few species will succeed in expanding their distribution in these savannas, but it would be an impoverished fauna.”

Fragmented forests amid seas of soy, sugarcane and corn plantations, in addition to urban sprawl and road infrastructure, are considered the main barriers to the movement of animals out of degraded areas and into new habitats.

Study co-author Mathias Mistretta Pires, a professor of biology at the University of Campinas, says there’s no point in having two potentially livable areas adjacent to one another if there’s an impassable obstacle that doesn’t allow either Cerrado or forest species to pass through.

“There are a number of difficulties for these species to be able to actually practice their potential for expansion and arrive in these appropriate areas,” Pires said. “If populations are isolated and the number of individuals is reduced, they lose their genetic variability and consequently the ability to adapt to changes in the environment, and the chances of extinction increase exponentially.”

To project the dispersion capacity of the 349 mammal species that they evaluated, the researchers first determined the specialty of each animal, taking into account its relationship with its main habitat.

Based on this classification scheme, 285 species were considered “forest specialists,” a group that includes several species of primates — such as the Peruvian spider monkey (Ateles chamek) and the golden-headed lion tamarin (Leontopithecus chrysomelas) — as well as forest deer, arboreal marsupials and rodents such as squirrels, agoutis (Dasyprocta spp.), and the lowland paca (Cuniculus paca).

Twelve species were classified as “savanna experts,” among them rodents such as the Cerradomys scotti, still little-known to science, while the remaining 52 species were considered “savannah occupants,” able to frequent other habitats. These include cats like the puma (Puma concolor) and the jaguarundi (Herpailurus yagouaroundi), the collared peccary (Pecari tajacu) and the maned wolf, giant anteater and deer.

In the final scenario, one of extreme climate change, where the animals would not be able to disperse to more suitable habitats, all species would be impacted, according to the study. Forest specialists would be hit hardest, losing more than 90% of their potential distribution.

To tackle the population declines, and potential extinctions, of many of these species, it will require a combination of reforestation projects, ecological corridors, political will, and compliance with environmental legislation, Sales said.

She said she’s particularly keen on the idea of creating dynamic corridors of vegetation in remaining areas of forest, such as those around rivers, to connect what she calls “analogous climates.” The challenge, she said, is to create conditions for the connectivity provided by ecological corridors in a way that could be scaled up.

“The new Brazilian Forest Code, for example, could provide insights for a management perspective on a national scale,” Sales said. “If we had a governance that would enforce the law, it would already be an advance.”

This article by Luís Patriani was first published on Mongabay.com on 10 February 2021. Lead Image: A red-faced spider monkey (Ateles paniscus), one of the species whose survival is threatened by the transformation of the Amazon Rainforest into a savanna. Image by Zweer de Bruin via Flickr (CC BY-NC-ND 2.0).