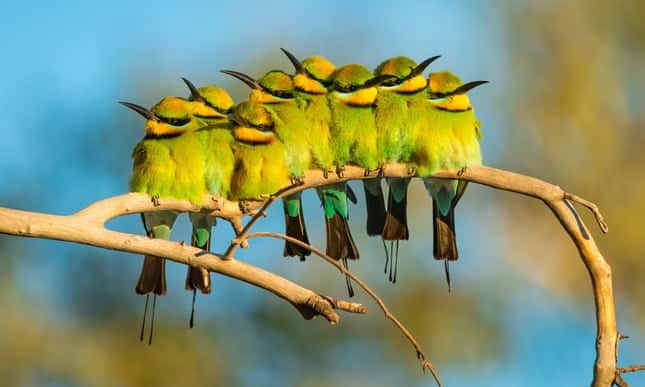 Across parts of Australia, vast areas of native vegetation have been cleared and replaced by our cities, farms and infrastructure. When native vegetation is removed, the habitat and resources that it provides for native wildlife are invariably lost.

Our environmental laws and most conservation efforts tend to focus on what this loss means for species that are threatened with extinction. This emphasis is understandable – the loss of the last individual of a species is profoundly sad and can be ecologically devastating.

But what about the numerous other species also affected by habitat loss, that have not yet become rare enough to be listed as endangered? These animals and plants – variously described as “common” or of “least concern” – are having their habitat chipped away. This loss usually escapes our attention.

These common species have intrinsic ecological value. But they also provide important opportunities for people to connect with nature – experiences that are under threat.

The ‘loss index’: tracking the destruction

We developed a measure called the loss index to communicate how habitat loss affects multiple Australian bird species. Our measure showed that across Victoria, and into South Australia and New South Wales, more than 60% of 262 native birds have each lost more than half of their original natural habitat. The vast majority of these species are not formally recognised as being threatened with extinction.

It is a similar story in the Brigalow belt of central NSW and Queensland. The picture is brighter in the northern savannas across the top of Australia, where large tracts of native vegetation remain – notwithstanding pervasive threats such as inappropriate fire regimes.

We also found that in some areas, such as south-east Queensland and the wet tropics region of north Queensland, the removal of a single hectare of forest habitat can affect up to 180 different species. In other words, small amounts of loss can affect large numbers of (mostly common) species.

Our index allowed us to compare how different groups of birds are impacted by habitat loss. Australia’s parrots have been hit hard by habitat loss, because many of these birds occur in the places where we live and grow our food. Birds of prey such as eagles and owls have, as a group, been less affected. This is because many of these birds occur widely across Australia’s less developed arid interior.

Our study shows many species have lost lots of habitat in certain parts of Australia. We know habitat loss is a major driver of population declines and freefalling numbers of animals globally. A measure of vertebrate population trends – the Living Planet Index– reveals that populations of more than 4,000 vertebrate species around the world are on average less than half of what they were in 1970.

In Australia, the trend is no different. Populations of our threatened birdsdeclined by an average of 52% between 1985 and 2015. Alarmingly, populations for many common Australian birds are alsotrending downwards, and habitat loss is a major cause. Along Australia’s heavily populated east coast, population declines have been noted for many common species including rainbow bee-eater, double-barred finch, and pale-headed rosella.

This is a major problem for ecosystem health. Common species tend to be more numerous and so perform many roles that we depend on. Our parrots, pigeons, honeyeaters, robins, and many others help pollinate flowers, spread seeds, and keep pest insects in check. In bothEuropeandAustralia, declines in common species have been linked to a reduction in the provision of these vital ecosystem services.

Common species are also the ones that we most associate with. Because they are more abundant and familiar, these animals provide important opportunities for people to connect with nature. Think of the simple pleasure of seeing a colourful robin atop a rural fence post, or a vibrant parrot dashing above the treetops of a suburban creek. The decline of common species may contribute to diminished opportunities for us to interact with nature, leading to an “extinction of experience”, with associated negative implications for our health and wellbeing.

This article was first published by The Guardian on 28 October 2019.