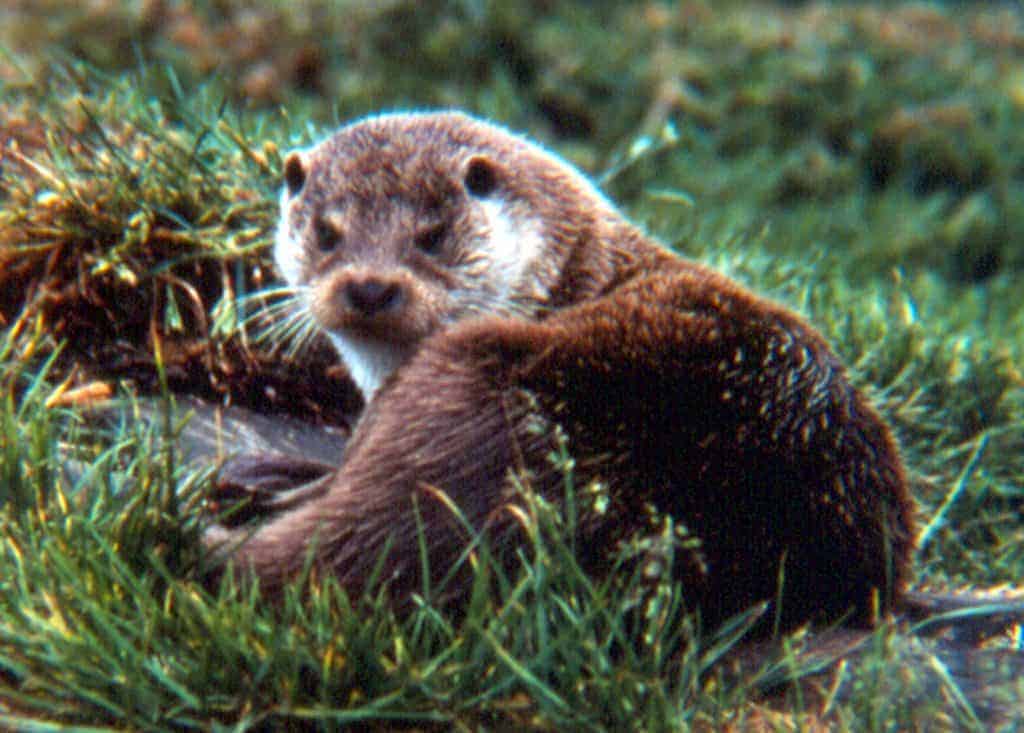 Lower Austria is planning to trap and shoot 40 otters in the very near future. This is in spite of the fact that otters are protected by the European Union Fauna and Flora Habitats Directive.

This is in response to appeals from fishermen stating that there are too many otters. The numbers quoted for that part of Austria is 800 and originally 80 were to be killed but this has been reduced to 40.

Lower Austria is in the north-east of the country and is the largest federal county covering 19,185 km2.

The Eurasian Otter is classified as “Near Threatened” by the IUCN Red List of Threatened Species. They are legally protected by the European Union Fauna and Flora Habitat Directive.

In the 1950s-60s there was a serious decline in otter numbers in most of Europe, largely due to pollution, but at that time otter hunting was still permitted. Populations dropped so drastically that otters were then legally protected and steps were taken to improve water quality. Since then numbers have started to recover but this is a slow process.

In Austria otters were widespread until the Second World War but the decline had already started and they were protected under the Lower Austrian hunting law in 1947. However, numbers continued to decrease and in 1990 the otter was regarded as threatened by extinction and was classified as “endangered” Red Data Book of mammals for Austria.

Why is a cull needed?

Fish farms were set up when there were no otters present and so there were no measures put in to keep otters out. So as otters began to spread into the area the fish farmers began to complain about otter predation. In order to appease them, a compensation system was set up but this was controversial and in some cases the system was abused by the farmers who claimed for excessive compensation. So now they are calling for a cull. 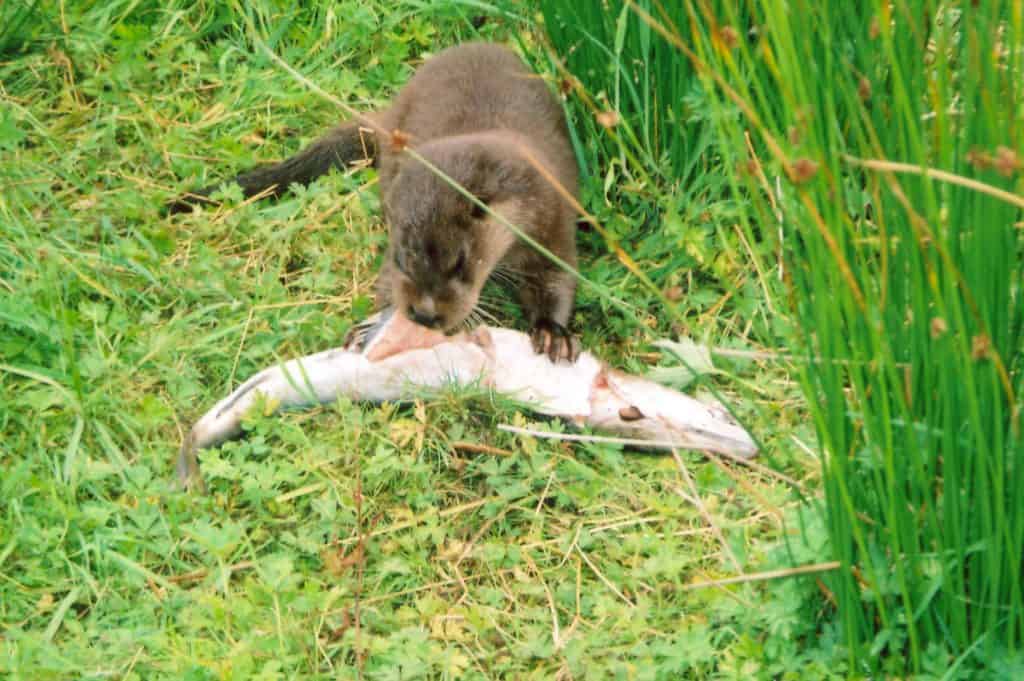 On what data is the figure of 800 otters based?

We have seen no recent survey results and so have asked where this is documented. In 1999 a survey was carried out, which was the first time Lower Austria had been systematically surveyed.

The survey found that in 60% of Lower Austria there were no signs of otters and they were at that time mainly in Waldviertel in the north-west. Since then numbers appear to have improved. However, this is based on finding spraint (droppings) and there is documented evidence that spraint numbers and number of active sprainting sites do not give an indication of the actual number of otters. Unless detailed DNA work is done it is impossible to quote population figures.

What evidence is there that killing 40 will make any difference to the problem?

Culling will not solve the problem. It will just appease the fish farmers for the time being. New otters will probably move into vacant territories and the problem will continue, so the there will be a demand for more to be killed. The cull may even imply that otters are no longer threatened and some people may take matters into their own hands, in spite of the fact that this is illegal.

What authority does Austria have for ignoring the legislation protecting otters through the European Union Fauna and Flora Habitat Directive?

The authorities have shown no evidence of how they can ignore this European legislation or how they will avoid being taken to the European Court of Justice for failing to protect a protected species. Other countries have had infringement proceedings brought against them before the Court of Justice. In most cases this was for failing to protect a species more by neglect, but in this situation they are deliberately permitting the killing the otters.

The cull will also result in animal welfare problems as pregnant females and mothers with cubs can be killed. So there are other questions to be answered:

Who will be responsible for the killing?

How will they do it?

How will they determine which animals are to be killed and avoid killing pregnant females and those with young cubs? 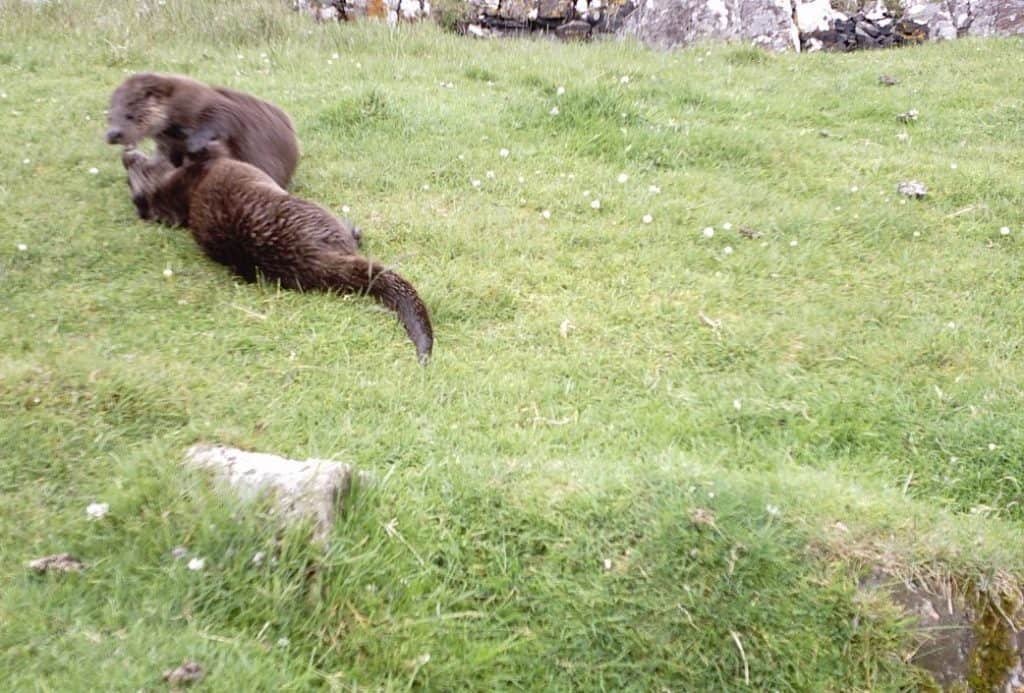 The repercussions of this action are widespread. It will affect otter populations in neighbouring areas both within Austria and across borders into countries like the Czech Republic, Slovakia and probably also into Hungary. And it will also have far wider effects on countries, where fishermen will take this as a precedent for similar action to be taken in other areas.

Otters are still recovering all over Europe from the disastrous drop in the mid 20th century. There is a lot of mis-information in the media that otter numbers are now high, but there is no evidence to show that, although otters are being seen in more areas, there may not actually be significantly more animals. It is well known that prey availability has been reduced and suitable habitat has been lost. How do we know that animals do not now have to travel further to gain sufficient food?

An analysis of the situation shows that there are many reasons that cause fish declines. When anglers stock rivers, for example, with farm-raised fish such as salmonoids, these fish have no adequate anti-predator behaviour and are easily caught by otters. And, of course, otters are not the only fish predators.

There is a lot of evidence that culling does not solve problems with predators. A recent article in the Huffington Post gave an interesting comment on the subject and referred to various articles in the American Society of Mammalogists special issue on this topic. These were related more to predators such as wolves and bears rather than otters, but the principles are largely the same.

The article is well worth reading but what it says is that if you remove a top predator from an area it will often be replaced by another, which can cause even more problems. One study of the predation of wolves in Idaho showed that by using non-lethal methods to protect sheep the loss of sheep to wolves was reduced by more than three times compared with the use of lethal methods.

There are other solutions to keep otters out of fish ponds and fisheries and these are well known and will have a long-lasting effect. However killing the otter is quick and cheap, but in the long term it is actually more economic to solve the problem.

What can be done?

We have to stop this cull before it leads to the deaths of more otters in response to a demand for more culls.  It will also lead to the impression that we no longer need protection for otters.

So please sign the petition here. If you live in the EU you can write to your MEP – In the UK Click Here and enter your postcode to find out who it is.  In the rest of Europe you can find a list here.  You will find a draft letter on the International Otter Survival Fund Blog here.

For more information on the work of IOSF Click Here