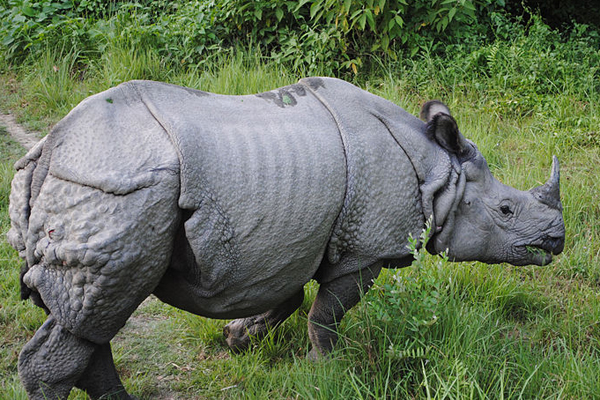 With the aid of Interpol, authorities have arrested the leader of a rhino poaching gang responsible for killing 20 Indian rhinoceros in Nepal.

Last month, authorities nabbed Raj Kumar Praja in Malaysia where he had been evading capture for two years.

Kumar was already evicted of 15 poaching incidents in absentia and sentenced to 15 years in prison.

Last week, Nepalese authorities put 31-year-old Praja before the media where he admitted to killing 20 rhinos and injuring another five.

Praja’s rhino poaching gang was rounded up and arrested in 2013, but Praja got away. He went to Sinapore and then Malaysia, living under a false passport.

After his escape from Nepal, Praja was put on the Interpol Red Notice, which helps local police find criminals who are wanted abroad. Interpol has recently taken much greater efforts to combat wildlife trafficking and other environmental crimes, such as illegal logging.

“This arrest sends a strong message to criminals hiding in a foreign country that no matter where they are, they are not safe and will be caught one day,” said the director of the Nepal Police Central Investigation Bureau, Hemant Malla Thakuri.

Only found in India and Nepal, Indian rhinos (Rhinoceros unicornis) are listed as Vulnerable by the IUCN Red List. Although targeted by poachers, Indian rhinos to date have largely avoided the level of poaching occurring in places like South Africa and Mozambique. Today there are over 2,500 Indian rhinos and the population is rising.

Poachers are slaughtering rhinos for their horns, which are ground up into a powder and consumed for supposed curative properties. However, scientific studies have found no curative element in rhino horn and compare their consumption to eating one’s fingernails, since both are made largely of keratin. Today, all rhinos are threatened with extinction and three of the five species are considered Critically Endangered.

This article was first published by Mongabay.com on 19 Feb 2015.