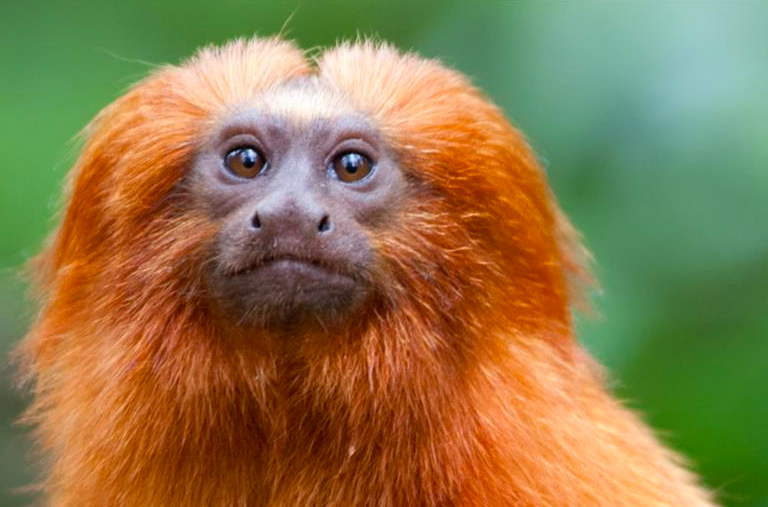 Biodiversity scientists are being urged to “fight the creeping rise of extinction denial” that has spread from fringe blogs to influential media outlets and even into a U.S. Congressional hearing. The call to arms came in a paper published in Nature Ecology & Evolution last month by Alexander Lees, senior lecturer in conservation biology at Manchester Metropolitan University, and colleagues.

“Many of the same individuals that routinely seek to downplay the impacts of climate change have written articles understating the biodiversity loss crisis,” Lees says. “Denialists have sought to obfuscate the magnitude of both extinctions and loss of bio-abundance.”

The paper describes and debunks three types of extinction denial. The first, “literal denial,” argues that extinction is largely a historical problem. Arguments like this, such as contained in this article claiming that “the onset of further wildlife extinctions seems far-fetched,” ignore the conservatism of biologists in declaring extinctions, as well as actual evidence of recent extinctions and of the widespread population declines that suggest many more future losses are on the way, the authors write.

They point out, for example, that denialists have long stated that the Atlantic Forest in Brazil has suffered no extinctions despite having shrunk in area by 90%. Yet two bird species were declared extinct there in 2019, and seven more are down to their last few individuals or have not been seen for a decade or longer.

“The problem is most of the losses are not the big ‘exciting’ species but smaller and less charismatic ones in areas that lost the big exciting things years ago,” Lees says. “We are now reaching critical loss of habitat for many species in the tropics in places like the Philippines and eastern Brazil. It is in these places that the next wave of extinctions is taking place.”

Lees and colleagues also discuss “interpretive denial,” which acknowledges the loss of biodiversity but argues that economic growth alone will fix it. One example is a 2019 Washington Examiner article, “How capitalism will save endangered species.”

The third form of denial is “implicatory,” arguing for example that technological fixes and targeted conservation interventions — rather than comprehensive changes to socioeconomic systems — will overcome extinction. The authors write that these two forms of denial may use evidence from temperate ecosystems to make inappropriate claims about reduced impacts in the tropics, where habitat loss is accelerating and species are far more sensitive to change.

“The land sparing and abandonment we have seen in the temperate zone has come about because we have outsourced environmental harm elsewhere,” Lees says. “These include countries lauded for their domestic environmental success. For example, Japan is still heavily forested but has plundered rainforests elsewhere for timber. Norway fuels forest loss in Amazonia for soybean to feed fish and cattle. Most people remain ignorant of these global teleconnections and their impacts on biodiversity.”

Extinction denial came to the fore in May last year, when the Intergovernmental Science-Policy Platform on Biodiversity and Ecosystem Services (IPBES) published its Global Assessment. The report said a million species were at risk of extinction, and it outlined steps for “transformative change” to secure nature’s contributions to human well-being.

Commentators such as Toby Young in The Spectator disputed the findings or attacked the reputations and methods of the report’s authors, leading one of them, Andy Purvis of the Natural History Museum in London, to write a lengthy rebuttal. 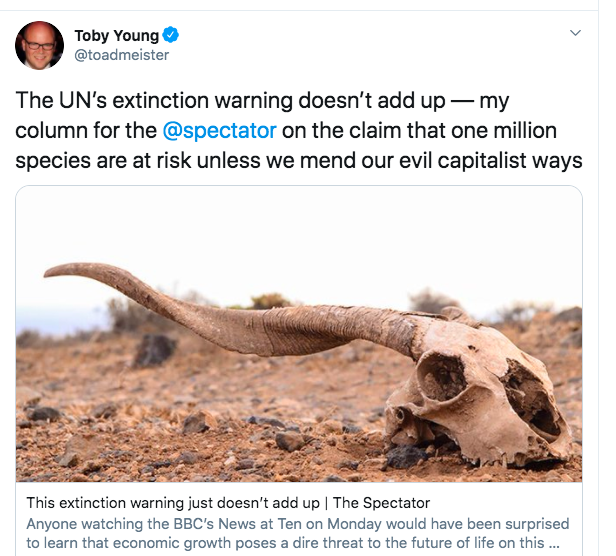 More attacks came at the U.S. Congress in a hearing called by the House Natural Resources Committee to discuss the IPBES findings. Republican representatives and their invited witnesses — both climate change skeptics — were vitriolic in their scorn for the report and its authors.

Anne Larigauderie, executive secretary of IPBES, says the attacks did not come as a surprise, adding that the Global Assessment had itself stated that “transformative change can expect opposition from those with interests vested in the status quo.”

In an email interview, she told Mongabay, “Anyone who has followed the history of major science-policy issues, such as the smoking/tobacco/public health debates, and the more recent issues around human-induced climate change, is critically aware of the often well-funded and coordinated opposition to expert evidence that arises, especially from those who perceive that they stand to lose the most should policy be changed on the basis of such evidence.”

More denial due this week

“Any attempts to take the global economy in a more sustainable direction will be undermined by some stakeholders seeking to maintain the status quo,” Lees says. “So, I would be surprised if we do not see attempts to undermine the work of the UN Convention on Biological Diversity (CBD).”

On Sept. 15, the CBD will launch its Global Biodiversity Outlook 5 (GBO-5). The report is set to feed into intergovernmental negotiations toward a global biodiversity framework, to be agreed next year in China, reinforcing calls for transformative change.

Larigauderie says denialism in relation to the GBO-5 “seems likely,” as the report draws heavily on the IPBES findings. But she says she doubts denialists will derail ambition in the CBD negotiations toward a new global agreement.

“The actual traction of such denialism remains limited,” she says. “A much greater threat to ambition for the post-2020 biodiversity framework would be a failure to connect the loss of biodiversity to the other major global development challenges such as food security, human health, production and consumption patterns.”

Lees and colleagues Simon Attwood, Jos Barlow and Ben Phalan say biodiversity scientists should be ready to rebut high-profile denialists. “Many scientists already respond to science denial when it appears in print or on social media from prominent individuals, and this should be encouraged,” he says. “We provide a roadmap in the paper that is underpinned by courteous engagement, the deconstruction of specious arguments and pseudoscience, and the presentation of cold hard scientific facts.”

“We thought the paper was an important contribution, and we agree with the concern regarding denialism,” says Thomas Brooks, chief scientist at the International Union for Conservation of Nature. “Responding to denialism — for any applied science — requires skills not just in the science, but also in science communication, stakeholder engagement, etc., which are perhaps less widely-taught through university courses. The paper’s recommendations on countering denialism will be particularly useful in this light.”

Robert Watson, former chair of IPBES, is confident that the biodiversity community is up to the task. “While not all climate or biodiversity experts are politically savvy or able to deal with the skeptics, politicians or the media, there are more than enough who understand the science-policy interface and can counter unfounded accusations and the misuse of evidence,” he says.

“Overall, I am not worried by the deniers,” he says. “But I am worried that governments may not be able to deliver the actions that are required to conserve and restore biodiversity in a timely manner, in order for biodiversity to play its role in achieving the Sustainable Development Goals. Unless climate change, land degradation and biodiversity are addressed together, we will fail.”

This article by Mike Shanahan was first published on Mongabay.com on 14 September 2020. Lead Image: The golden lion tamarin is an endangered species native to Brazil’s Atlantic Forest. Photo via Toronto Zoo.