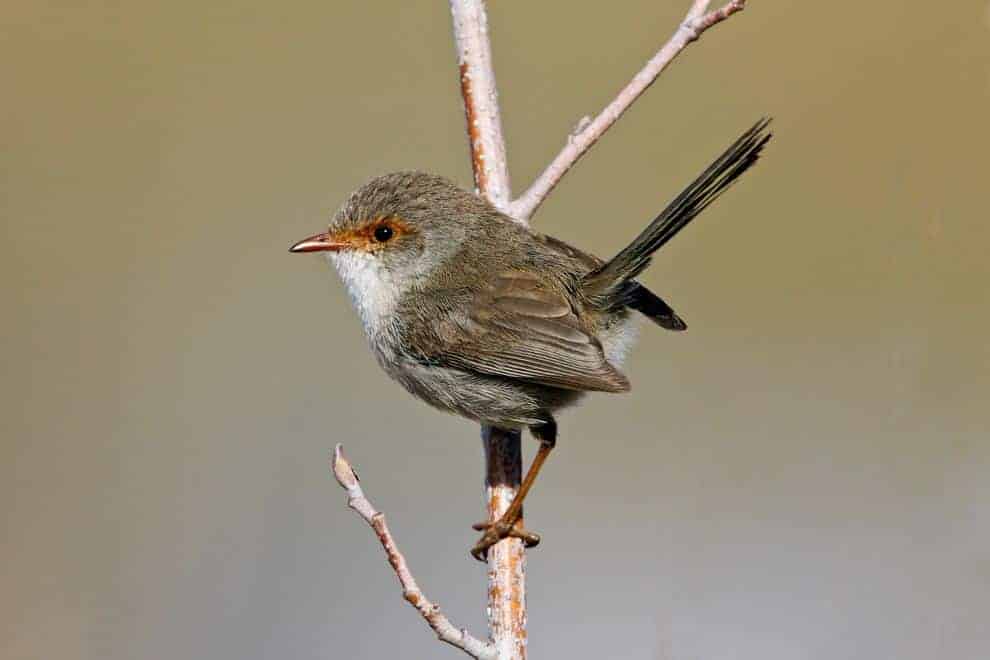 We’re not the only species that can recognize voices in the womb: Inside the egg, tiny songbirds called superb fairy wrens can discriminate sounds from different birds of their own species, a new study reveals.

The embryos pay attention to surrounding noises and can tell if they are listening to calls from a fairy wren they haven’t heard before, according to the study published October 28 in the journal Proceedings of the Royal Society B.

The findings represent the first time a species other than humans has been shown to distinguish between individuals in utero.

This remarkable ability allows growing embryos to learn a “password” from their mother, which they then use to beg for food upon hatching.

“We have tended to use birth or hatching as the starting point for the development of behavior,” said Robert Lickliter, a developmental psychologist at Florida International University in Miami, who was not involved in the study. (See pictures of extreme animal embryos.)

“This work shows that it’s worth going back further in development to see where the roots of behavior come from.”

For the experiment, scientists plucked 60 fairy wren eggs out of wild nests in southern Australia.

The team then hooked the eggs up to a noninvasive heart rate monitor. (Watch video: “Do Parrots Name Their Babies?”)

Why a heart rate monitor, you might wonder? Because research on humans has shown that fetuses are most attuned to their surroundings when their heart rates are low.

They aren’t “moving as much, trying to stay quiet, trying to be attentive,” said study leader Diane Colombelli-Négrel, a postdoctoral researcher at Flinders University in Adelaide, Australia.

Colombelli-Négrel and colleagues then exposed the embryos either to calls from a single fairy wren or to white noise, monitoring changes in the embryos’ heart rates.

Over time, though, the study embryos became accustomed to hearing calls from that one fairy wren and their heart rates started to rise, even after hearing more calls.

So the team exposed some of the embryos to calls from unfamiliar fairy wrens, which triggered their heart rates to lower again.

Because the embryos’ heart rates lower when they’re “concentrating,” so to speak, this demonstrates that they knew the new bird calls were unfamiliar—and thus that they can recognize vocal characteristics of individual birds. (After the experiment, the eggs were returned unharmed to their original nests.)

“The fact that they are learning in the egg is very impressive,” said Lickliter.

In comparison, humans don’t attain this ability until 32 to 34 weeks after conception.

Fairy wrens can do it within two weeks, when they are no bigger than the length of your fingernail, said Colombelli-Négrel.

The embryos’ keen sensory skills aren’t just for bonding with their mothers—they’re key to their survival.

In a 2012 study, Colombelli-Négrel and her colleagues discovered that fairy wren mothers call to their eggs in the days leading up to hatching.

Each female’s call is unique, and there is a specific note – the password – that the hatchlings repeat when they are asking for food. (See “Fairy Wrens Teach Secret Passwords to Unborn Chicks.”)

This gives fairy wren mothers a tool for recognizing their own young, which is important because sometimes another species, the Horsfield’s bronze-cuckoo, lays eggs in their nests.

Cuckoo embryos don’t learn the password before they hatch, for whatever reason (possibly because they hatch earlier), so they are perceived as foreign by astute fairy wren mothers and do not get fed.

Colombelli-Négrel suspects that her new research may be just a start and that further digging will reveal a host of other species that learn sounds as embryos.

This article was first published by National Geographic on 28 Oct 2014.