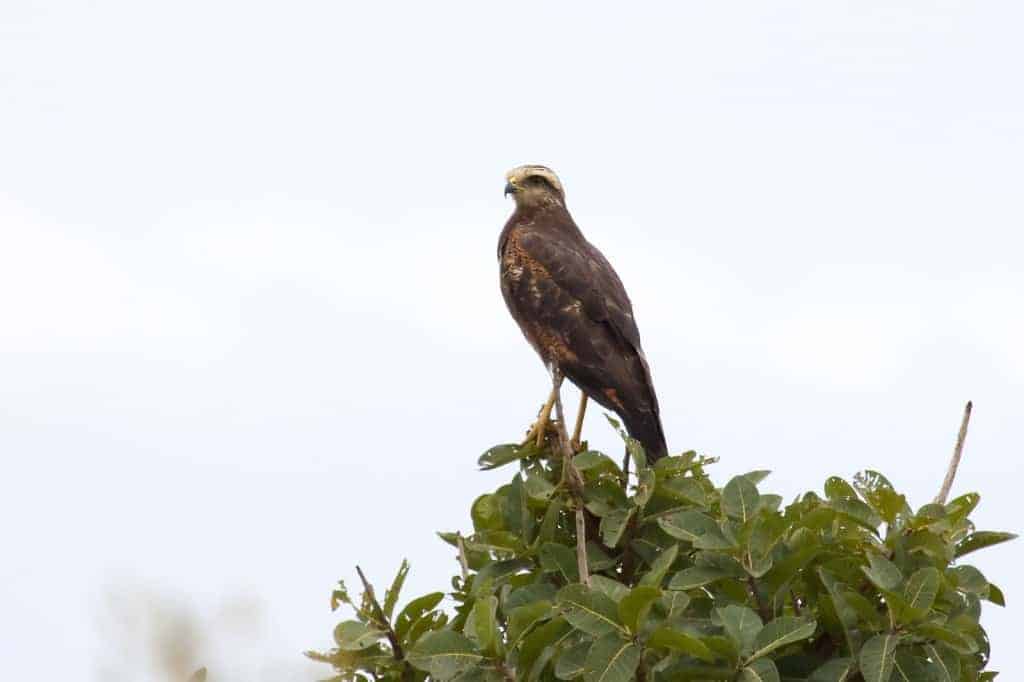 Last weekend I went to a two days birding in Dourado and Itirapina, located in Sao Paulo state, about 100 miles away from my city.

Itirapina still has a savannah area, and that is the only area where a few species can be found inside the state.

Hideko and Arthur were with me, two. We left Paulinia at 4:30am on saturday, and arrived in Dourado at 6:15 am, at the guesthouse we would stay for one night, and there we met Cal, our guide for the two days.

Cal decided we should go first to Itirapina, so we drove about 40 minutes. Getting there, the landscapes were too different. Small trees, dried ones, big open areas.

It was a windy day, not so good for birding. But anyway, we were there for that, so we started exploring the area. First, by car.

We were there not even for half an hour, someone saw aWood Storkflying, so I stopped the car, turned the engine off, and we left the car.

Hideko tried a picture and then we returned to the car, I turned the engine on, and we started again. Well, we tried.

The car didn’t move a centimeter. We were stuck in the mud. We spent around half an hour to get the car out of the mud.

Then we actually started driving again.

We stopped in a place where we would try theCock-tailed Tyrant . We searched for about an hour, but no sign of it. We also searched for the Lesser Grass-Finch, but again, no success.

While searching for the two species, we saw a number of Capped Seedeater. We could take a picture just for the records.

We returned to the car, and moved to a different area. In our way to where we would search for the Collared Crescentchest, we saw theStripe-tailed Yellow-Finch,White-banded Tanagerand the Black-throated Saltator.

When we got to the next place, we first tried calling the Checkered Woodpecker, but again, with no success.

Then Cal started playing back the Collared Crescentchest, and after some time, Cal could hear an answer.

It was not that easy to find the bird answering the play back, but we managed to see it. Unfortunately, only for a few seconds, and always hidden in the bush. But it was enough time to see how beautiful it is.

In the same area, a couple of White-rumped Tanagercalled in a tree close to us. We could make the picture, but against the white sky.

The Brazilian savanna is the home of some very beautiful flowers and butterflies. While walking in the bush, you find some of them.

We returned to the car, and moved to another area, targeting the White-striped Warbler.

We tried in two different places, but again, no chance.

We left this area behind, and drove to another open area, where we would try the Sharp-tailed Tyrant, a small bird, yet a beautiful one.

After stopping the car, we started walking inside that open area. We walked a lot. Cal tried the play back, and could hear a reply, but we could not see the bird.

At some point, Cal was ahead of us, and hewhistledcalling us. We got to him, and we could see an Crotalus durissus, all rolled. But even before thinking to get the camera, the snakedisappeared in the bush.

While walking, close to us there were always some Gray Monjita.

After almost an hour, no success, we returned to the car.

In the power cord above us, we saw this Tawny-headed Swallow.

After taking some pictures, we returned to Dourado, so we could have some lunch. After the lunch, we decided to go to aneighboring town, to search for theScarlet-headed Blackbird. Again, no success in finding it.

But while there, we could see the commonSmooth-billed Ani and the very beautifulGreater Thornbird.

While returning to Dourado, we could see thisSolitary Sandpiper, in an area aside the road.

We went to the guesthouse we would stay, had some restand then went looking for owls and pauraques.

Cal took us to a place in the middle of a sugar cane plantation, a very common place all around Dourado.

Even with that amount of sugar cane, Dourado still keeps a lot ofremnant of Atlantic Forest areas.

While driving in the middle of such plantations, we could see theScissor-tailed Nightjar, but we could not get any picture.After it, we saw this Pauraque at the road.

We stopped the car and entered a small forest area, and there we could see this beautiful Common Potoo.

Returning to the road, after walking for some minutes, we could see thisLittle Nightjar.

Then we got into the car again, and left the sugar cane plantation behind us, and started taking another road, which would take us a little higher into some hills. The goal was some owls.

I still don’t know how, but while I was driving, Cal could see this amazingTawny-browed Owl, without even using the flashlight.

After some pictures, we continued our way up to the hill, and after some minutes, we decided to return.

I stopped the car to turn it around, and when I looked to my left side, I could not believe what I was seeing, less then 3 meters from me. It was this incredible, beautiful Caluromys lanatus, athreatened species.

Cal could not believe either. He walks in Dourado area for more than 20 years, and had never seen such species.

We returned to the guesthouse, still excited with the amazing finding of the night.

This way, our almost 20 hours birding day finished. And one more day still to come.

Cal had found a place where they live in Dourado, and where they feed during the first hours in the morning. We arrived at the place early in the morning, around 6:30am, and hid ourselves in the sugar cane plantation.

We waited for about an hour, but unfurtunatelly on that they, theBlue Ground-Dove did not came down from the trees. We could see them, but too high.

Then we went in the the forest again. Cal listened to theBlack-capped Antwren call, then played it back, and I could get this picture.

The morning was not too good, few species could be found. Then we went for some lunch, and right after that, we went to a different area where we would search some species.

To my pleasant surprise, when we got into the place, I could see and photograph this amazing species,Ultramarine Grosbeak. Nowadays, there are few locations in Sao Paulo state where you can see it.

Even though we could not find some of the species we searched for, these two days birding in Dourado and Itirapina were so nice. Hope I can return again soon.

I’m glad you enjoyed.
Thanks for your kind words.