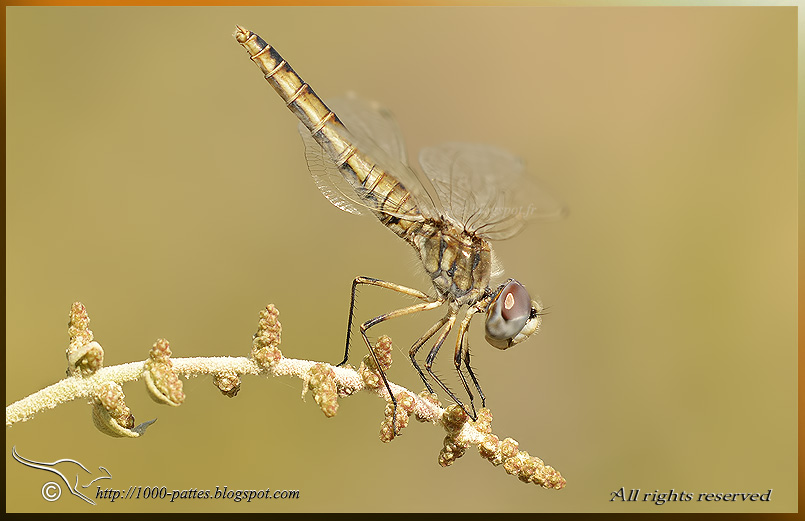 Quite a scarce dragonfly in Europe, its locations are few in Spain, Italy, Greece and a few oasis in North Africa, otherwise it occurs commonly in Central Asia and the Middle East.
We found this species in Catalonia, Spain where it is not recorded as being present.
Its wing-cells are the widest in the odonata family and gives it away for identification.
Males are mainly black, females beige with black markings.
What characterize them also are the huge eyes taking up most of their face and nothing, no movement escapes them.
A lot of patience is needed to approach them, they are very nervous and hyperactive but once “tamed”, they finally drop guard with the photographer but it is necessary to plan spending time!
It can fly long distances their flight period extends from mid-may to end of august.
Total length: 30 to 38 mm
Habitat: still and shallow water in hot sunny areas.

Noushka, amazing photos – you have a gift for photography!