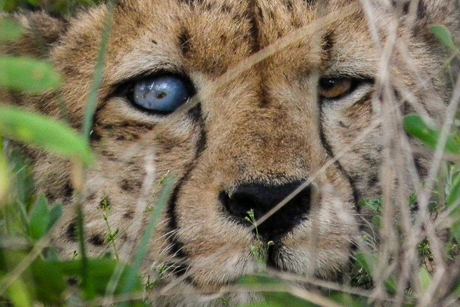 The world’s fastest land animal is in trouble. The cheetah, formerly found across much of Africa, the Middle East and the Indian subcontinent, has been extirpated from at least 27 countries and is now on the Red List of threatened species.

Namibia holds by far the largest remaining population of the speedy cat. Between 3,500 and 5,000 cheetahs roam national parks, communal rangelands and private commercial ranches of this vast, arid country in south-western Africa, where they face threats like gun-toting livestock farmers and woody plants.

Yes, woody plants. Namibia is under invasion by multiplying armies of thorny trees and bushes, which are spreading across its landscape and smothering its grasslands.

So-called bush encroachment has transformed millions of hectares of Namibia’s open rangeland into nearly impenetrable thicket and hammered its cattle industry. Beef output is down between 50 and 70% compared with the 1950s, causing losses of up to $170m a year to the country’s small economy.

Bush encroachment can also be bad news for cheetahs, which evolved to use bursts of extreme speed to run down prey in open areas. Low-slung thorns and the locked-open eyes of predators in “kill mode” are a nasty combination. Conservationists have found starving cheetahs that lost their sight after streaking through bush encroached habitats in pursuit of fleet footed food.

Farmers and researchers recognised bush encroachment as a serious problem in many parts of southern Africa by the 1980s, and it has long been thought to be caused by poor land management, including overgrazing. But, as I recently reported in Yale e360, an emerging body of science indicates that rapidly increasing atmospheric carbon dioxide may be boosting the onrushing waves of woody vegetation.

Savanna ecosystems, such as those that cover much of Africa, can be seen as battlegrounds between trees and grasses, each trying to take territory from the other. The outcomes of these battles are determined by many factors including periodic fire, an integral part of African savannas.

In simple terms, fire kills small trees and therefore helps fire-resilient grasses occupy territory. Trees have to have a long-enough break from fire to grow to
a sufficient size — about four metres high — to be fireproof and establish themselves in the landscape. The faster trees grow, the more likely they are to reach four metres before the next fire.

Although poor land management is undoubtedly partly to blame for bush encroachment, increased atmospheric CO2 seems to be upsetting many savanna ecosystems’ vegetal balance of power in favour of trees and shrubs.

Research has confirmed that cheetah prey species change as a landscape becomes more thickly wooded. Plains game animals like wildebeest, springbok and red hartebeest are squeezed out and replaced by bush-tolerant species like kudu. This changeover in game species is by itself not a disaster for cheetahs, which can hunt even in fairly wooded habitat as long as they have enough space to exploit their extraordinary acceleration, speed and agility. But if bush becomes so dense that it’s difficult for cheetahs to move through (as happens in severe cases of encroachment) then cheetahs will disappear.

“It’s cheaper to buy a hectare than to clean and repair a hectare” of bush-encroached land, said Donna Hanssen of the AfriCat Foundation, a big cat conservation group based in Namibia, underscoring the challenge faced by landowners wanting to rid themselves of the thorny scourge, but, she reminded me, “the biggest killer of cheetah in this country is man. Farmers.”

Farmers shoot and trap large numbers of cheetahs, which they blame for killing cattle, sheep and goats. As Namibia’s population expands, more cattle are being herded deeper into natural areas, bringing men with guns and poison into previously safe wildernesses.

Organisations like AfriCat and the Cheetah Conservation Fund are working hard — with some apparent success — to educate farmers about cheetahs and help them live with big cats instead of killing them. They’re also pioneering methods of dealing with bush encroachment like turning invading trees into biomass fuel blocks, although it remains to be seen if these methods can be economically scaled up to deal with the literally millions of hectares of expanding encroacher bush.

In summary: Are thorn-inflicted eye injuries currently a threat to the cheetah’s survival as a species? Probably not.

Is increasing atmospheric CO2 driving bush encroachment in African savannas? Probably, although savannas are complex ecosystems, influenced by many drivers, and the scientific understanding of CO2 fertilisation in these systems is incomplete.

Is uncontrolled bush encroachment severely impacting plains game and could it ultimately drive cheetahs out? Is it a real conservation problem? Almost certainly.

This article was written by Adam Welz for the Guardian UK.