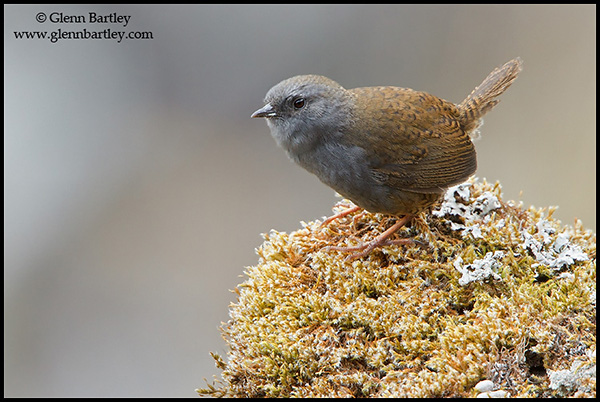 After a day like that I simply had to return to this site again and see if the luck would continue. Of course you can never recreate a day like that and the action was indeed much slower. I was able to pick up Sickle-winged Guan, Plushcap, Barred Fruiteater and the other subspecies of Light-crowned Spinetail. Still not a bad day! In the late afternoon I stopped in at a lower elevation site and from the dense undergrowth pulled out a cute little Ochre-faced Tody-Tyrant before calling it a day.

The next morning I decided to try to finish up with the “Road of Death”. As a side note – this road earned its name because more drivers have lost their lives per km of road than any other. The dirt road is carved in to the mountain slopes and the consequences of slipping off the edge are indeed severe. Luckily the Bolivians realized this and worked hard to create a paved, and much safer, bypass around the old road. This is such a great gift for bird watching because now you can explore the Carraterra de la Muerte with virtually no traffic. It is a stunning area and is loaded with good birds. Hopefully the habitat will remain preserved here for generations to come.

My final morning produced very few new birds. The Cotopata trail was looking promising for the Diademed Tapaculo. However, as Tapaculos like to do, these birds stayed hidden and impossible to photograph.

On the way back to La Paz the weather was abnormally calm. The decision was made to stop at a highland site and hike up away from the main road to where I hoped to find some good birds. I was hoping for an Olivaceous Thornbill but there were none to be found. I did nail great shots of Puna Tapaculo (the only easy member of this Genus) and Scribble-tailed Canastero. Hiking at this altitude (4000m +) is always hard work but I had enough energy for one last stop at “La Cumbre” where I found some Andean Geese, Diuca Finches and a few more waterbirds before heading back to La Paz for the night.

My next mission was to travel to Lago Titicaca and try for the critically endangered Flightless Grebe. This was a poorly planned endeavour that miraculously worked out. After finding a hotel on the lake in the dark I somehow managed to find a canoe in the morning to paddle out in to the lake. Before long I had plenty of Grebes to look at.

The final site for the trip was near the town of Sorota where I had heard that the Black-hooded Sunbeams were reliable. This was my third and final chance for this species and the anticipation was intense. Driving down towards the town I spotted an area that was loaded with flowers and looked promising to search for hummingbirds. Sure enough I hopped out of the car, walked 10 metres and there he was – a stunning male Black-hooded Sunbeam perched at the perfect angle to show off its incredible blue back. Blasting away at 8 frames a second the moment came and went and as I looked at my LCD screen what I saw was one of the most amazing hummingbirds on earth and what I felt was euphoric relief. It was an incredible way to end the trip.