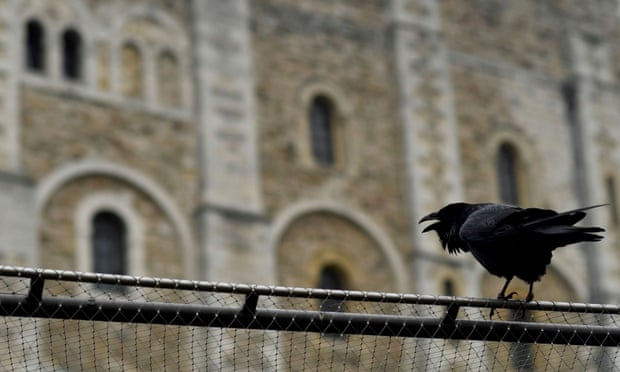 A lack of tourists is driving the ravens at the Tower of London to boredom and causing them to fly away.

Legend has it the monarchy and the Tower of London will fall if its six resident ravens leave the fortress.

The birds, known as the guardians of the tower, are shrouded in myth and live in lodgings on the South Lawn. There are seven in total – the required six, plus one spare.

The tower closed on 20 March and reopened five weeks ago. However, few tourists have returned.

Summer visitor numbers would usually exceed 15,000 but because of the coronavirus pandemic, they have fallen to fewer than 800 a day. As a result, the birds are restless for more company.

With a lack of regular tourists, the birds have been venturing away, according to those who work there.

Christopher Skaife, a raven master, told the Sun: “If the ravens were to leave, the tower would crumble to dust. The tower is only the tower when the people are here.

“The ravens have always been so important … because they’ve been surrounded by myths and legends. We really need people to come back to help the ravens.”

The seven ravens are Jubilee, Harris, Gripp, Rocky, Erin, Poppy and Merlina. They are free to roam the tower precincts in the day and preside over four territories within its walls.

Charles II is thought to have been the first to insist that the ravens of the Tower be protected after he was warned the crown and the tower would fall if they left.

Skaife said during lockdown they got bored and lonely because there were no full bins to rummage or people bringing them food. He encouraged the Beefeaters who guard the building to throw them their leftovers.

Skaife said: “It’s been tough because the ravens only saw me or one warden walking by during the lockdown. They depend on tourists.

“Never in a raven’s history have we seen fewer people in the Tower of London. Even in world war two, there were still hundreds in and around.”

This article was first published by The Guardian on 20 August 2020. Lead Image: A raven sits on the fence of the Tower of London. The birds have been restless for company since the coronavirus crisis. Photograph: Reuters.