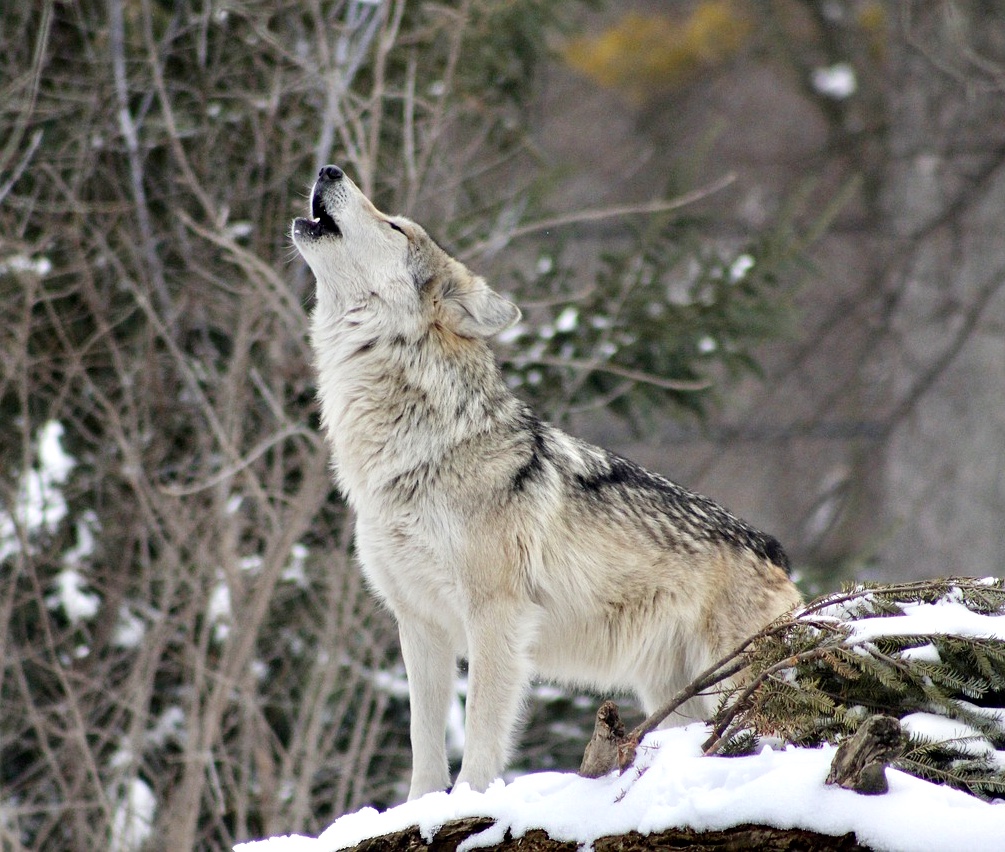 According to Utah state authorities, for the first time in nearly five years, a gray wolf is thought to be present in the state. Shockingly, the Utah Department of Agriculture and Food is reportedly setting traps to kill the wolf on behalf of the state’s livestock industry.

“On Tuesday, June 2nd, the Utah Department of Agriculture and Food confirmed that a wolf was in Rich County, after a cow calf was found dead with bite marks consistent with those of a northern Rocky Mountain gray wolf. The initial investigation has determined that the calf was killed sometime in the past four days,”Faith Heaton Jolley, Public Information Officer for the Utah Division of Wildlife Resources said in a statement sent to WAN.

The wolf likely traveled from Idaho or Wyoming into Utah’s Rich County, part of a section of the state where the imperiled animals don’t have Endangered Species Act protections.

The animal could continue on to the vast majority of the state in which wolves are protected under the Act.

“DWR is coordinating with the Utah Department of Agriculture and Food and USDA Wildlife Services in this incident. Because the wolf was located in a part of the state where wolves have been delisted from the Endangered Species List, state law directs DWR to prevent their re-establishment in this area and to coordinate with USDA Wildlife Services to remove them,” continued Jolley. “If found, this wolf will be euthanized because it has killed livestock.”

How is it justifiable for the meat industry to trap and kill wild animals in their natural habitat, only to place other animals on the same land to exploit and kill them as well, all for the sake of profit?

Sadly, according to Jolley, state law directs DWR to:Prevent the establishment of a viable pack of wolves in any delisted areas of Utah until the entire state is delisted, and request the U.S. Fish and Wildlife Service to “remove“ any wolves found in portions of Utah that are listed as threatened or endangered.

The current Utah Wolf Management Plan was passed in 2005 for a 10-year period. A 5-year extension was extended in 2015. It was extended another 10 years during the December 2019 Wildlife Board Meeting. The Utah plan does not take effect until wolves are delisted statewide.

“Utah’s policy that the only good wolf is a dead wolf illustrates why these vulnerable animals still need the Endangered Species Act’s protection,”Michael Robinson at the Center for Biological Diversity, said in a statement.

“This intrepid wolf should be allowed to live and continue its journey. We call on Utah officials to pull the traps and seek coexistence instead.”

Wolves were exterminated in Utah in the early 1920s, and this is the first known instance since then of a government agency trying to kill a wolf in Utah.

In 2011, through a congressional rider attached to a “must-pass” bill to stave off the U.S. defaulting on its debt, wolves lost their protections under the Endangered Species Act in a region encompassing northeastern Utah, Idaho, Montana, eastern Oregon, and Washington.

Wolves remain protected throughout the rest of Utah. The Center for Biological Diversity has identified and mapped almost 19 million acres of potential wolf habitat in Utah based on criteria from scientific studies

“If appeals to Utah officials for humaneness and wisdom fall on deaf ears, we hope this animal evades its callous pursuers and eventually leads a chorus of wolf howls in our cherished red-rock canyons and aspen forests,” said Robinson.

Please contact the Utah Department of Agriculture and Food and urge them to remove the traps and spare this rare animal’s life; especially since the gray wolf could move to another part of the state where it is protected by the Endangered Species Act.

This article was first published by World Animal News on 4 June 2020.