Nowadays, people are leaving rural areas and moving to big cities. Therefore, the population in big cities is increasing day by day. When we went 20 years back, there was no existence of moving companies, but now movers NYC can help you move wherever you want. But everyone wants to know how people moved to […]

Six Native American tribes recently filed a lawsuit against the state of Wisconsin for its planned wolf hunt in November. The tribes say that the hunt violates their natural treaty rights as Wisconsin’s Natural Resource Board approved a 300 wolf quota, which is way too high, according to experts. The tribes also made an effort […]

In August 2021, authorities at Malaysia’s Kuala Lumpur International Airport discovered a shipment of eight hornbills, caged but alive, en route to international markets. The Department of Wildlife and National Parks (PERHILITAN) seized the birds and arrested two men for failing to display valid documentation for possession of the birds. Among the haul was a […]

Malawi’s illegal wildlife trade crackdown has earned a Chinese national 14 years in jail. Yunhua Lin, considered the lynchpin of a notorious wildlife trafficking cartel operating across in Southern Africa, was convicted in June of the illegal trade in wildlife parts, illegal possession of firearms, and possession of illegal drugs. At Lin’s sentencing at the […] 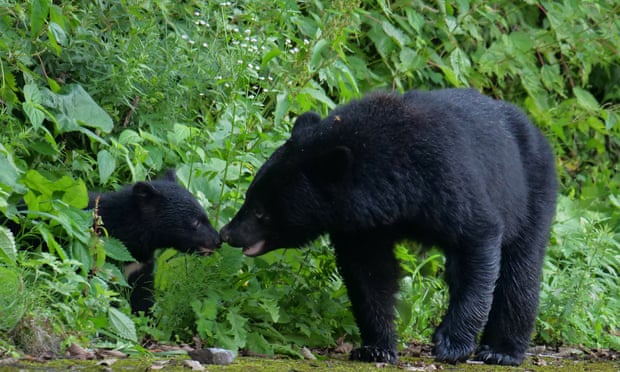 Can rock’n’roll keep people safe from bear attacks? One Japanese region is hoping so, and has commissioned a cautionary anthem warning residents about the threat of its ursine inhabitants. Bears are common across Japan and regularly spark frantic hunts when they venture into towns, where they have attacked and even killed residents. A spike in […]

A500-pound black bear in Michigan was recently euthanized after making a 125-mile journey home. Officials said that the bear had become too comfortable around humans, which made it a “threat to human welfare.” While some Michiganders applauded the decision, others were angered by it. The bear was first located in Traverse City, Michigan back in […]

The American bumblebee is quickly moving towards the endangered species list as their population has declined by 89% in the last 20 years. The vital pollinators have also already vanished from eight states. The U.S. Fish and Wildlife Service will continue analyzing populations and create their “12-month finding” before making a decision. Pesticides, development, and climate […]

THE UK should suspend its free trade agreement with the Faroe Islands until it stops its whale and dolphin hunts, a leading animal welfare campaigner has demanded. Campaigner Dominic Dyer has launched a petition calling for the Government to put its trade deal with the North Atlantic archipelago on hold following an outcry over the […]

This website uses cookies to improve your experience while you navigate through the website. Out of these, the cookies that are categorized as necessary are stored on your browser as they are essential for the working of basic functionalities of the website. We also use third-party cookies that help us analyze and understand how you use this website. These cookies will be stored in your browser only with your consent. You also have the option to opt-out of these cookies. But opting out of some of these cookies may affect your browsing experience.
Necessary Always Enabled
Necessary cookies are absolutely essential for the website to function properly. These cookies ensure basic functionalities and security features of the website, anonymously.
Functional
Functional cookies help to perform certain functionalities like sharing the content of the website on social media platforms, collect feedbacks, and other third-party features.
Performance
Performance cookies are used to understand and analyze the key performance indexes of the website which helps in delivering a better user experience for the visitors.
Analytics
Analytical cookies are used to understand how visitors interact with the website. These cookies help provide information on metrics the number of visitors, bounce rate, traffic source, etc.
Advertisement
Advertisement cookies are used to provide visitors with relevant ads and marketing campaigns. These cookies track visitors across websites and collect information to provide customized ads.
Others
Other uncategorized cookies are those that are being analyzed and have not been classified into a category as yet.
SAVE & ACCEPT