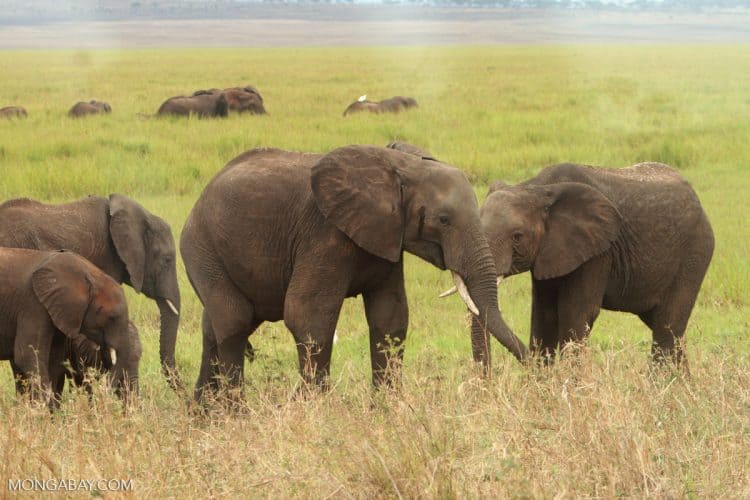 A Tanzanian court has sentenced Yang Fenglan, a Chinese national dubbed the “Queen of Ivory,” to 15 years in prison for smuggling the tusks of more than 350 African elephants over several years.

Yang, 69, was arrested in 2015 and charged with trafficking 860 ivory pieces, which, according to authorities, were worth at least $5.6 million.Two Tanzanian men, Salivius Matembo and Manase Philemon, were arrested along with her. All three denied the charges.

On Feb. 19, a court convicted the three of organizing, managing and financing a criminal syndicate and sentenced them to 15 years each, Reuters reported. They were also ordered to pay a fine double the market value of the ivory they were convicted of smuggling, or face an additional two years in prison for failing to do so. All three have filed an appeal against the ruling, according to local media reports.

For now, though, conservationists have welcomed the conviction.

“This long awaited verdict signals a renewed impetus by the Tanzanian authorities to tackle head-on the poaching of elephants and ending the illegal trade in ivory,” Amani Ngusaru, WWF country director for Tanzania, said in a statement. “We commend the coordination between Tanzanian law enforcement particularly the police and intelligence agencies as well as the criminal justice system for successfully securing a conviction in this landmark case. Looking forward, this ruling gives a morale boost to our men and women working in the frontlines of protecting our natural capital.”

In an interview with China Daily in 2014, Yang said she had come to live in Tanzania from Beijing in the 1970s. She learned Swahili and worked as a translator for the China-funded Tanzania-Zambia Railway project. Later, she opened a Chinese restaurant in Dar-es-Salaam, and started an investment company called Beijing Great Wall Investment.

Local authorities have maintained that Yang is a key link in the illegal ivory trade between Africa and China.

In a press conference on Feb. 20,Chinese Foreign Ministry spokesman Geng Shuang said China wouldnot protect illegal activities carried out by its citizens, and supported Tanzania’s investigation and handling of the case. “China is willing to continue to contribute to the protection of endangered wildlife and the suppression of illegal trade, together with the international community including Tanzania,” Geng said.

Tanzania, an elephant poaching hotspot, lost 60 percent of its elephants from 2009 to 2014.

This article by Shreya Dasgupta was first published by Mongabay.com on 20 Feb 2019.

Serving their jail sentence should begin now even while their unforgivable crimes are being appealed. No excuses! For all we know, these criminals may flee the country. Money buys loopholes and escape. 350 elephants dead; 3 assholes convicted. This math doesn’t make sense.