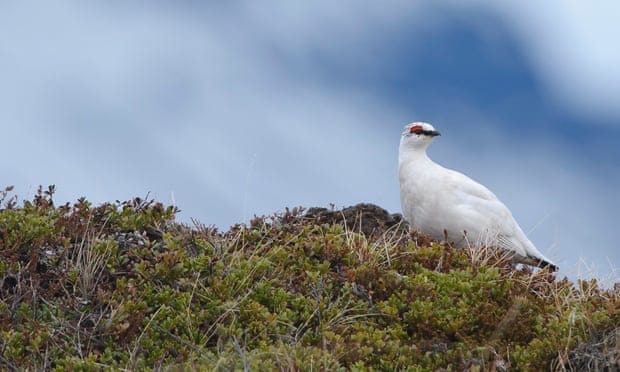 A drastic drop in caribou and shorebird populations is a reflection of the dire changes unfolding on the Arctic tundra, according to a new report from the Arctic Council.

Species living in this environment have adapted to thrive in the harsh conditions. But the climate crisis has upended such survival strategies, according to the State of the Arctic Terrestrial Biodiversity report, published by the council’s Conservation of Arctic Flora and Fauna (Caff) working group.

“Climate change is the overwhelming driver of change in terrestrial Arctic ecosystems, causing diverse, unpredictable and significant impacts that are expected to intensify,” the report says.

The Arctic is warming at twice the rate of the rest of the world, leading to extreme weather events, southerly species moving northward, and the emergence and spread of pathogens among native species.

The report, released on Thursday at the council’s ministerial meeting in Reykjavik, is the first to assess the status and trends for Arctic species living on land, following Caff’s 2017 assessment of marine biodiversity.

The report drew on decades of circumpolar biodiversity monitoring to give an overview of the changes occurring in the region. It appears the Arctic is becoming greener and shrubs are gaining ground, slowly replacing mosses and lichens on the tundra. At Zackenberg research station in north-east Greenland, scientists found that important pollinating flies declined by 80% between 1996 and 2014, hinting at a climate-induced mismatch between the timing of plant flowering and pollinator flight activity.

Of the 88 species of shorebirds, or waders, examined, 20% experienced declines in all populations, while well over half had at least one population in decline. “On the Arctic tundra, shorebirds are the most diverse group of birds; if you’re Inuit, these would be the backyard birds of your environment,” said Paul Allen Smith, a biologist at Environment and Climate Change Canada and a bird expert on the report. In the east Asian-Australasian Flyway, a migratory pathway linking the high latitudes with the Pacific Ocean, 88% of shorebirds are declining. This, Smith said, is likely to be due to habitat loss in Asia’s Yellow Sea region, where the birds spend their winters. It is estimated that under different climate scenarios, 80% of high-Arctic shorebirds could also lose large parts of their northern breeding grounds in the next 50 years.

When it comes to caribou, with herds roaming from Russia to Alaska, the climate signal has been harder to separate from the noise. “Caribou populations naturally fluctuate and have cycles of abundance,” explained Christine Cuyler, a consultant for the Greenland Institute of Natural Resources and caribou and musk ox expert on the report. “But for some the amplitude has grown. Today, we’re seeing fluctuations beyond known historical levels.”

The majority of migratory tundra and forest caribou populations have declined in recent years, with few exceptions. The Bathurst herd, which ranges from Canada’s Northwest Territories to Nunavut, dropped by 98% between 1986 and 2018. Cuyler said several factors are probably driving these declines, including diminished food availability, rain-on-snow eventsand harassing insects, which prevent the ungulates from foraging and gaining enough weight to survive the winter.

Warmer temperatures have also led to the emergence of pathogens that have had a negative effect on the health of some animals. In 2012, an outbreak of erysipelas, a bacterial infection that affects the skin, killed about 150 musk oxen on Banks Island in the Northwest Territories.

“[The bacterium] is common throughout the world, but it has not been normal for it to show up in the Arctic,” said Cuyler. “It’s normally dormant because of the cool temperatures. The warming Arctic is really changing things.” Moreover, mammals ushered northward by higher temperatures may also bring new diseases and parasites that could affect naive native species.

Such migrants, the report says, are altering predator-prey interactions in the north. Red foxes are known to compete for the same dens as Arctic foxes and even kill them. In Alaska, brown bears are killing musk ox calves. “This is something totally new” that has only been seen in the last 20 years, said Cuyler. “And it’s devastating.”

Ultimately, as climatic zones and species shift northward, the terrestrial Arctic ecosystem will shrink. “Extreme events – weather, wildfires and insect outbreaks – will leave their mark for multiple years in a system like the Arctic,” said Niels Martin Schmidt, a senior researcher at Aarhus University and contributor to the report, “because everything takes a long time to regenerate.” He added that “sustained ecosystem-based monitoring” is needed to be able to track such changes over time.

“We need to understand how species are interacting to fully understand the consequences of climate change on biodiversity loss.”

This article was first published by The Guardian on 20 May 2021. Lead Image: A rock ptarmigan. Populations of more than half of all Arctic shorebird species are declining. Photograph: Einar Guðmann/Caff.