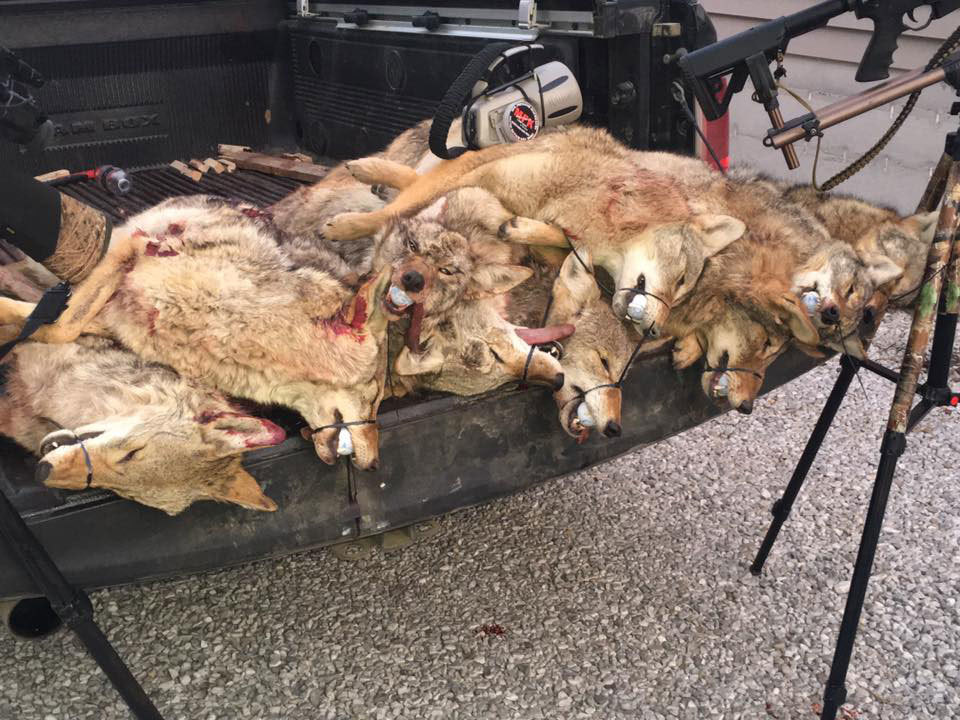 Animal advocates are taking action to stop a barbaric coyote killing contest, which is one of the first to take this cruelty nationwide. These contests, which are also known as drives, tournaments or derbies, reward people of all ages with cash prizes and weapons for killing the biggest and most animals.

Sadly, coyotes, who have been left without legal protection and can be killed year round in unlimited numbers and discarded like nothing more than trash, are often targeted by events like these and they’re currently in the cross hairs of hunters participating in the United States Predator Challenge.

This contest, which will award prizes for killing the most coyotes, is one of the first to combine different regions of the country taking it to the national level.

Fortunately, coyotes aren’t without advocates. Now more than 50 scientists and 30 animal advocacy organizations who have formed the National Coalition to End Wildlife Killing Contests are calling on state lawmakers and wildlife officials to shut it down and ensure no future events like this take place.

While these competitions are often held under the guise of wildlife management, or predator control, wildlife advocates and scientists continue to argue that they’re not only cruel and unethical, but that they’re also running counter to the goal of reducing conflicts with “nuisance” animals and that the indiscriminate killing of predators ignores the valuable role they play in maintaining healthy ecosystems.

“Indiscriminately killing coyotes through events such as the U.S. Predator Challenge may lead to more coyotes and more conflicts because it creates instability in coyote family structures. Special-interest agricultural and trophy hunting groups perpetuate myths about coyotes in part because it is considered more expedient to kill than to implement responsible, science-based conservation and management,” said Camilla Fox, executive director of Project Coyote and a founding member of the Coalition.

It’s more than clear that these events are not about wildlife management or even hunting, but about glorifying the senseless killing of animals forfun and personal gain. Earlier this year that was made abundantly clear by an undercover investigation conducted by the Humane Society of the United States (HSUS) that offered a glimpse into these contests, exposing the dangerous and indifferent attitudes they promote towards wildlife – which is especially troubling when it comes to what they teach children about our relationship with the species we share this earth with.

“Wildlife killing contests remove any notion of fair chase, the fundamental hunting ethic that dictates that the hunter should not gain an unfair advantage over the hunted,” said Jill Fritz, director of wildlife protection at the HSUS and a founding member of the Coalition. “Participants often use electronic calling devices to attract coyotes into rifle range with sounds that mimic prey or even the cries of a coyote in distress. Manipulating animals’ natural curiosity or compassion to lure them in for an easy kill is a reprehensible practice condemned by hunters and non-hunters alike.”

Thankfully progress is being made towards ending these types of events. Following a victory in California in 2014, Vermont became the second state in the nation to ban them this year, and more states will be considering similar legislation next year.

Hopefully the coalition will be successful in ending this event, and more public awareness and pressure will lead to more bans elsewhere.

For more about these contests and info on how to help stop them, check out the National Coalition to End Wildlife Killing Contests.