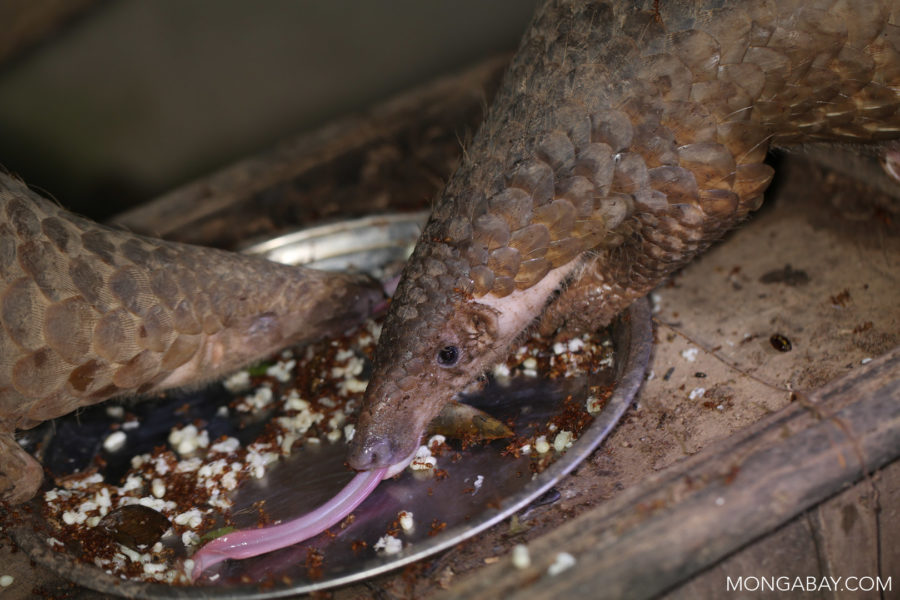 Conservationists are welcoming news that the Chinese Government has temporarily banned the sale of wildlife in markets, restaurants and over e-commerce as part of an effort to contain the Coronavirus outbreak, which has already claimed 56 lives.

Defined as a zoonotic disease since it’s normally relegated to wildlife, it may have originated from a snake and has been traced to a market in the city of Wuhan known for selling wild animals for consumption, including turtles, rats, snakes, hedgehogs and marmots.

“China is to be congratulated for taking such a bold move to ban the wildlife trade and we should encourage China to keep this ban in place permanently,” Steven Galster, founder of the anti-wildlife-trafficking group Freeland, said in a statement. “A sustained ban will save human lives, and contribute to a recovery of wildlife populations worldwide.”

“The Chinese government’s announcement today to temporarily ban the sale of wildlife in markets, restaurants and over e-commerce needs to be permanent,” Walzer said in a press release. “The banning of such sales will help end the possibility of future outbreaks of zoonotic diseases, such as the Wuhan coronavirus. We learned this lesson with the outbreak of another zoonotic disease, SARS, in 2002. The pattern will keep repeating itself until we ban, not only in China, but in other countries, the sale of wildlife, specifically for food and in food markets.”

China is the world’s largest market for wildlife products. Consumption of several rare and endangered species — for example, pangolins, rhinos, elephants, and totoaba — are considered among the biggest threats to their survival in the wild.

But while China’s temporary wildlife ban is seen as a positive for wildlife, it’s not certain that its overall response won’t result in a lot of dead animals, if the SARS outbreak is any indication, said Freeland.

“China must avoid certain measures it took under SARS when it killed thousands of animals to prevent further outbreaks,” added Onkuri Majumdar, Managing Director at Freeland-Asia. “This is not the animals’ fault. If we leave them alone, leave them in the wild, such outbreaks won’t occur. This problem is caused by human consumption, lack of enforcement, and human greed.”

Biodiversity is an issue that is garnering more attention in China of late as the country prepares to host the 2020 Convention on Biological Diversity (CBD), a major conservation congress that aims to curb the current extinction crisis, in October.

This article by Rhett Butler was first published on Mongabay.com on 26 January 2020.

Coronavirus can be seen as Karma payback to the most depraved, vile, evil, sick nation on this planet. I’m sorry for all the innocent people that will die from this disease but now perhaps these sadistic masses will STOP abusing, torturing, killing and eating any species that can walk, fly, swim or crawl, including ALL wildlife, dogs and cats.