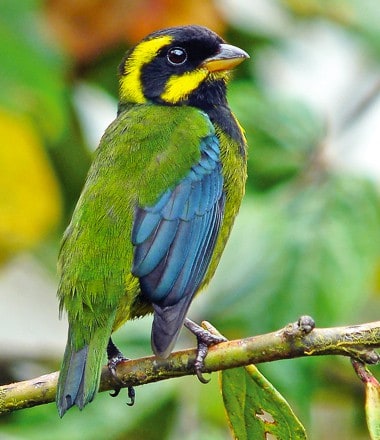 American Bird Conservancy (ABC), World Land Trust (WLT), and their Colombian partner Fundación ProAves, have inaugurated a new reserve to protect one of the last strongholds for the endangered Gold-ringed Tanager. Worldwide, the bird is known to inhabit only five locations, all along 150 miles of ridge top on the Pacific slope of the western Andes of Colombia.

Following field surveys in 2008 and 2009, Fundación ProAves determined there were as few as 500 Gold-ringed Tanagers remaining, with a critical population of up to 50 pairs identified 50 miles southwest of Medellin, Colombia’s second largest city. This location became the target area for creating a new reserve. Four properties in the area were immediately acquired, followed by the purchase of twelve more properties soon after to create the 7,076 acre Tanagers Reserve.