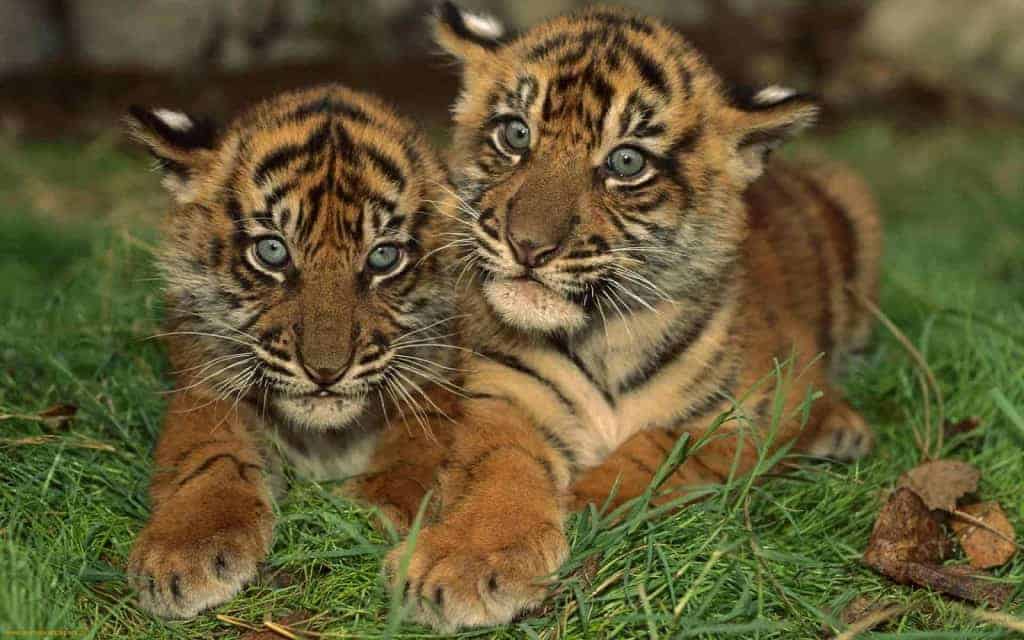 A £1m project to save tigers and stop them eating people is to be launched on Wednesday with the backing of Sir David Attenborough. An entire village in India will be relocated as part of the scheme, which conservationists forecast will create the most densely packed population of tigers in the world.

Seven people have been killed by tigers in four years in an area which divides one of the animal’s last strongholds, the Corbett tiger reserve, from the Ramnagar forest in the state of Uttarakhand in northern India.

Conservationists now intend to buy a corridor of land to provide tigers and a host of other threatened animals, including elephants, safe passage from the reserve to the forest where they will have space to spread out and build up numbers. The corridor is an ancient route used by wildlife to move between forests but they are increasingly in conflict with people who now live on the strip of land along a river.

Just 1,706 tigers survive in India – one for every 762,016 person. More than half the people killed by tigers are women who are out in forest collecting curry leaves for meals and wood for their cooking fires. A villager was also killed by a leopard and large numbers of livestock are taken by tigers and other predators.

Fifty families will be removed from their village in the Chilkiya-Kota corridor in the first phase of the project and given new homes a few miles away in an area with a far lower risk of being attacked by tigers. More families will be relocated in the second and third phases of the scheme. Each of the families moved away from the tiger corridor will be given a new purpose-built home with sanitation, and access to schools for their children.

The UK charity the World Land Trust (WLT) is leading the programme in partnership with the Wildlife Trust of India and on Wednesday launches a fund-raising campaign for the tiger and other big cats which face extinction. 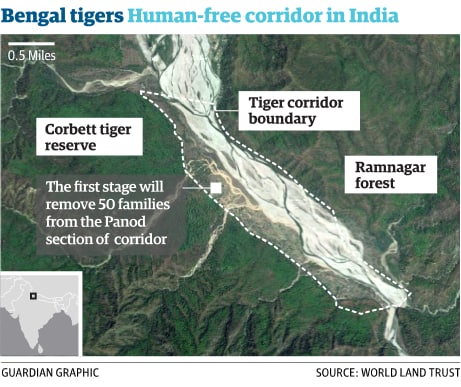 Attenborough, broadcaster and naturalist, said: “Tigers are magnificent creatures. It would be a tragedy of truly monumental proportions if they were to be lost to the world. Not only that, it would be totally inexcusable on our part but if we don’t act fast to provide them with suitable territory to live in, they will disappear. We mustn’t let that happen.”

John Burton, chief executive of the World Land Trust, said:“Lions used to exist in Europe. They wouldn’t be tolerated now. We are asking a lot of the Indian people to live alongside such big predators. We are beholden to do as much as we can to support them.” He estimated more than 200 people would be rehomed, from mud huts to proper houses.

The Corbett reserve is home to more than 100 tigers and is one of the few places in the world where numbers of the big cat have increased in recent years. It holds about 8% of the surviving Bengal tiger (Panthera tigris tigris) population in India and its success means more of the animals are leaving the reserve to seek new territory, resulting in further conflict with villagers.

This article was first published by The Guardian on 01 Oct 2014.

Great idea to move the people to better housing in an area where they will be safe from tigers. Wonderful to hear this good news for a change . Many thanks to John Burton of World Land Trust for this great initiative to protect endangered wildlife and people. Hope S.Africa and other African countries can do the same with their lions and people problem.

And don't forget to protect them!

Good to read of progress being made that will help the tigers and other animals and of course protect the people as well.