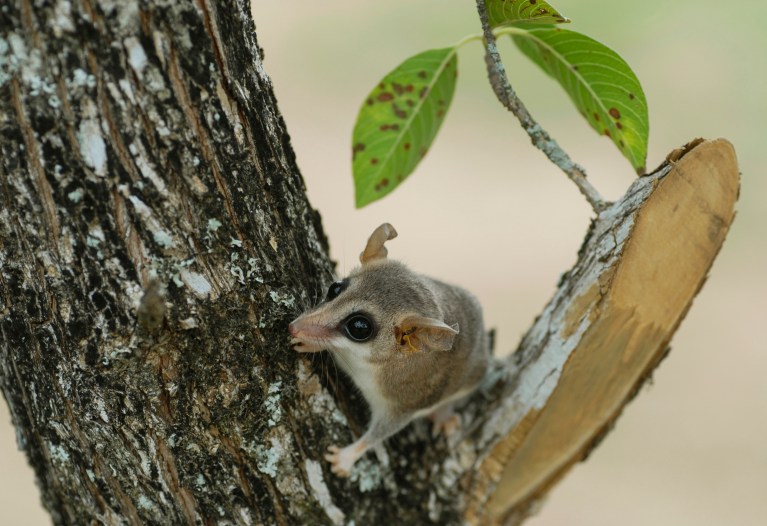 Scientists at Chicago’s Field Museum are researching how deforestation is affecting animals’ stress levels. Just like humans, it seems, animals are feeling the mental effects of climate change and deforestation.

The scientists studied hormones in South American marsupials and rodents’ fur and found those in deforested areas were under more stress than those with intact habitats.

Noé de la Sancha, a research associate at the Field Museum in Chicago, Associate Professor of Biology at Chicago State University, and co-author of the paper in Scientific Reports in a statement about the paper, “We suspected that organisms in deforested areas would show higher levels of stress than animals in more pristine forests, and we found evidence that that’s true.

Small mammals, primarily rodents and little marsupials, tend to be more stressed out, or show more evidence that they have higher levels of stress hormones, in smaller forest patches than in larger forest patches.”

Changes to animal habitats can dramatically alter its life. Without shelter or food, the animal is at significant risk and could be in closer contact with predators. All factors that can significantly increase stress. Scientists determined that animals without these protections had higher levels of the stress hormone that’s an indicator of long-term stress.

“A stress response is normally trying to bring your body back into balance,” shared David Kabelik, an Associate Professor of Biology and Chair of the Neuroscience Program at Rhodes College and one of the paper’s authors.

“If something perturbs you and it can cause you to be injured or die, the stress response mobilizes energy to deal with that situation and bring things back into a normal state. It allows you to survive.”