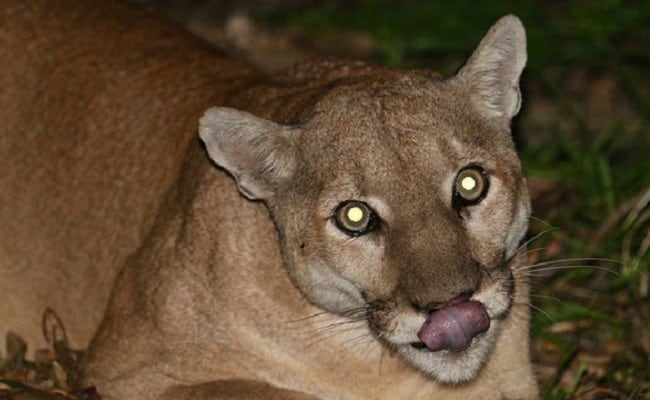 One of the most well-known mountain lions in the Los Angeles area was P-41, famous for safely crossing a busy freeway and making his home in the Verdugo Mountains northeast of the city.

Tragically, the 10-year-old mountain lion’s good luck ran out in October. His noticeably thin body was discovered a few days after a wildfire scorched part of his home range.

“P-41 had already overcome a number of challenges to survive in a relatively small home range with habitat fragmented by roads and development,” said Jeff Sikich, biologist for Santa Monica Mountains National Recreation Area, a unit of the National Park Service (NPS), after the mountain lion’s body was found Oct. 4. “Unfortunately, there are a number of challenges for mountain lions to survive in this area.”

Among those challenges are the freeways and urban sprawl that make it difficult for these mountain lions to leave their territory. Another challenge is the ingestion of rat poison.

Because of these challenges, a 2016 study warned that mountain lions in Los Angeles could become extinct within 50 years. “If it just so happens one month that one gets hit by a car and one dies of rodenticide poisoning, then all of a sudden you’re out of males,” Seth Riley, an NPS wildlife ecologist and co-author of the study, told the Los Angeles Times at the time.

Was it the wildfire that killed P-41? A necropsy conducted by the California Department of Fish and Wildlife found that his remains were too decomposed to pinpoint a cause of death. However, lab work performed by the California Animal Health and Food Safety Laboratory discovered six compounds of an anticoagulant rodenticide – a form of rat poison — in his liver:brodifacoum, bromadiolone, chlorophacinone, difethialone, diphacinone and difenacoum.

P-41 wasn’t the only L.A. mountain lion who’s ingested anticoagulant rodenticide. It’s been found in 14 out of 15 local mountain lions tested by NPS researchers, including a three-month-old kitten. “We continue to see indications that these poisons are working their way up the food chain through what we believe is unintentional poisoning,” Riley said in a Dec. 19 statement.

Mountain lions and other wildlife usually ingest rodenticides by eating smaller animals that ate poisoned bait, or by eating an animal, such as a coyote, that had eaten a poisoned animal.

Since 2002, NPS biologists have studied mountain lions in and around the Santa Monica Mountains to see how they manage to survive in such a fragmented, urban environment. Using a GPS collar, the biologists began tracking P-41 in May 2015, with the intent of learning more about landscape connectivity and movement corridors in the region.

The GPS function stopped working on P-41′s collar early last summer, so the biologists couldn’t determinewhether thewildfire had any impact on his movements.

There are ways to prevent wildlife from being poisoned by anticoagulant rodenticides. It’s possible to control rodents without the use of these deadly poisons, which “may not always be easy but it will help benefit the health of our native wildlife,” says the Santa Monica Mountains National Recreation Area website. It offers some alternative, sustainable suggestions for dealing with rats.

To help Los Angeles mountain lions expand their territory and move away from the challenges of urbanized areas, the California Department of Transportation (Caltrans) plans to build a wildlife bridge across the 101 Freeway, but is waiting for donations from private parties. Please sign and share this petition urging Caltrans to start building this bridge ASAP.