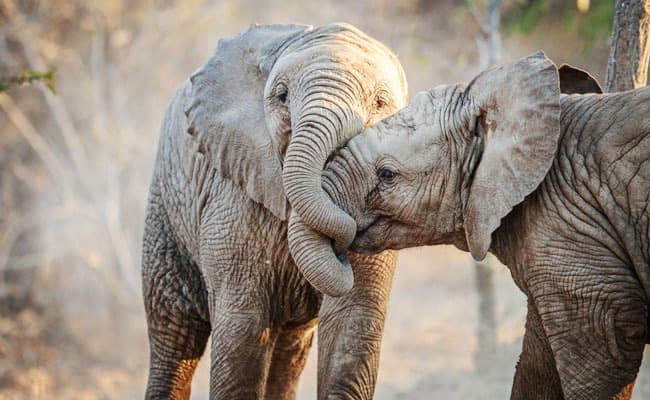 While poachers continue to put the future survival of Africa’s elephants at risk, scientists using DNA to track ivory and link the criminals behind the mass slaughter to the trade.

With the exception of two government sales held in 1999 and 2008, the international trade in ivory has been banned since 1989, but the growing demand for it has led to dangerously high levels of poaching that continue to threaten elephant populations across Africa.

According to the International Union for Conservation of Nature, poaching has driven the loss of hundreds of thousands of elephants over the past decade leaving just over 400,000 left in existence.

While conservationists are battling this bloody trade from different angles, ranging from protecting elephants on the ground and strengthening bans to working to reduce the demand, scientists at the University of Washington (UW) are using elephant DNA as another tool to help crack down on the trade.

The key to their latest work, which was just published in the journal Science Advances, was elephant dung, which was used to make genetic map of elephants across the continent.

With the DNA database that was created as a result, a piece of ivory can now be traced back to its origin within 186 miles. That information helped scientists identify two major poaching “hot spots,” but the crisis affecting elephants has continued.

As they explained in a statement, they would identify pairs of tusks by sorting them according to their base, color and gum line, where the lip rests on the tusk, so they would only need to test one tusk at a time. However, this approach led to the discovery that tusks were being split up and shipped separately.

By comparing DNA samples from tusks from large shipments that were collected from 2011 to 2014, they were able to match up tusks from multiple shipments, even though they weren’t testing them all. That allowed them to connect the tusks to the criminals behind the trade.

“There is so much information in an ivory seizure — so much more than what a traditional investigation can uncover,” said Samuel Wasser, the study’s lead author, who is director of the UWCenter for Conservation Biologyand a professor of biology. “Not only can we identify the geographic origins of the poached elephants and the number of populations represented in a seizure, but we can use the same genetic tools to link different seizures to the same underlying criminal network.”

Linking those shipments to the same criminal networks can help law enforcement build evidence against cartels, along with adding multiple criminal charges against smugglers and those leading these operations.

“We reveal connections between what would otherwise be isolated ivory seizures — linking seizures not just to specific criminal networks operating in these ports, but to poaching and transport networks that funnel the tusks hundreds of miles to these cartels,” added Wasser. “It is an investigative tool to help officials track these networks and collect evidence for criminal cases.”

While it’s still an expensive and time consuming process, scientists are working towards ways to make it as efficient and effective and as possible.

Death to all poachers, animal abusers.

Kill them too to free society from assassins

I was thinking the same thing Tonia. If they know who the 3 big cartel leaders are, and where they are, why don’t they send in a swat team or mercenaries and get rid of them?

An elephant needs elephant tusks, not you
A chicken needs chicken wings, not you
A fox needs fox fur, not you.