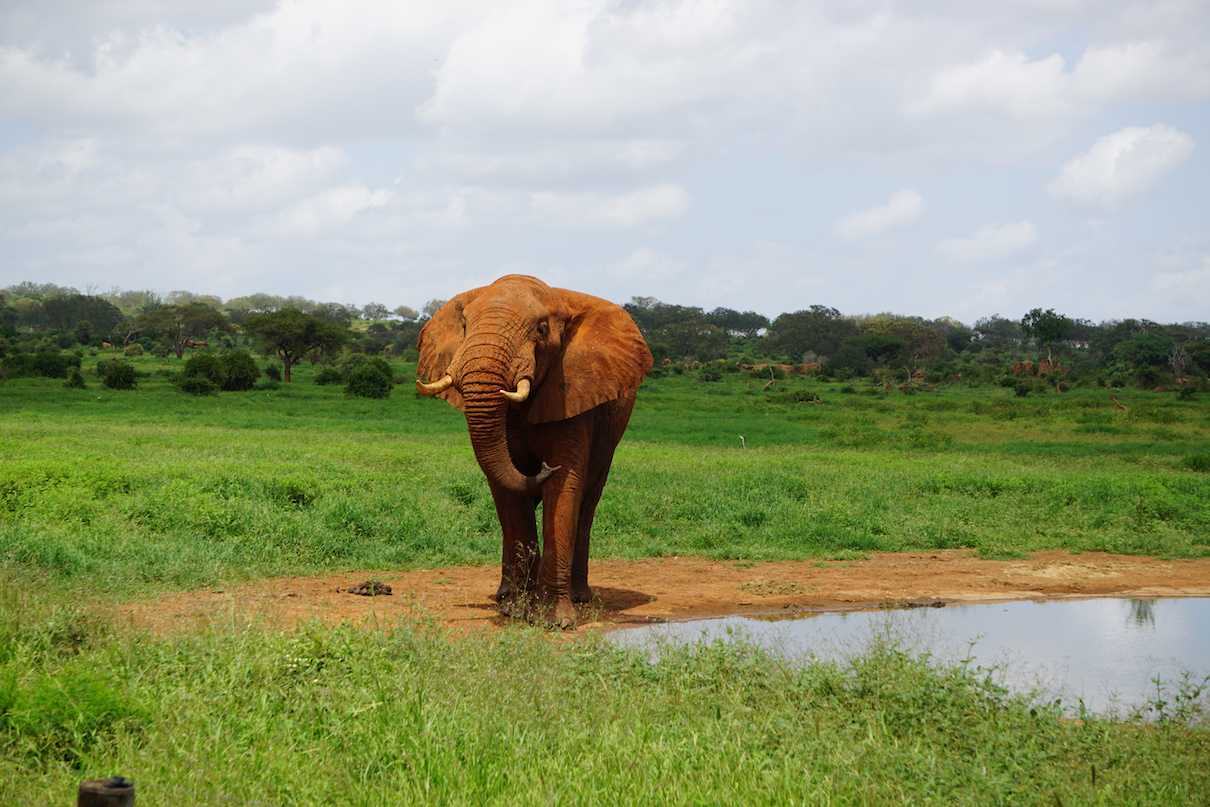 Elephants are always the prime attraction. In zoos, circuses, and safaris, elephants are the number one draw. They make an impression with their playfulness and intelligence, their docile nature despite extraordinary strength. People feel a natural connection to elephants, which I think is from an intuitive understanding that their emotional lives are similar to ours. The irony of elephants being so charismatic is that we want to save them, but we also want to possess them.

In the early 2000s it became apparent that the zoo population of elephants in the United States was not sustainable. Breeding programs were already in existence, but a concerted effort went into increasing the captive population. Despite years of research and recognition that elephants do not thrive in captivity, we continue to breed them into that life—eternal confinement of both individuals and the species. Permanent captivity is not only bad for the elephants in zoos, but also diverts resources that would be better used to support wild elephants and the people who live near them.

In the last few decades there has been a dramatic shift in both our understanding of elephants’ complex emotional lives and the public view of animal welfare. Circuses have largely closed down as a result of animal welfare concerns, particularly for elephants, and some zoos have acknowledged their inability to properly care for elephants. Many zoo elephants are held in small pens overnight and most are chained. Even during the day they have little to room to roam compared to their wild kin.

Wild elephants spend up to 16-20 hours a day walking and traverse hundreds or thousands of square miles every year. Limited movement is bad for elephants’ feet as well as their overall fitness. Caretakers at the Performing Animals Welfare Society (PAWS) sanctuary have noted that when zoo elephants arrive at the sanctuary, they lack muscle tone compared to elephants that have been there longer. After some time wandering the sanctuary and living more like a wild elephant, muscle tone develops in the newer arrivals. The natural acts of roaming and foraging for food are not only healthy, but are also activities that elephants enjoy. Being confined is boring. Elephants are intelligent animals that need autonomy and to explore their environments for mental stimulation. Even in the best possible zoo conditions with a few acres to roam, elephants exist in conditions far from what they would experience in the wild.

The social needs of elephants create a different problem. Many captive elephants in the US lead solitary lives despite the fact that attachment to other elephants is central to their well-being. Elephants’ lives revolve around relationships with herdmates. Like a human in solitary confinement, an elephant deprived of social connection to other elephants can develop mental illness. Nevertheless, zoos are often reluctant to relinquish these charismatic animals.

The Nonhuman Rights Project (NhRP) is currently fighting a legal battle on behalf of Happy, an elephant imported as a calf to the US from the wilds of Asia. Happy is now 50 years old and has been living at a zoo without an elephant companion since 2006. In addition to autonomy and room to roam, a sanctuary would allow Happy a life in community with other elephants, but the zoo claims that she is better off staying where she is.

The bottom line is that living a natural life is essential to elephants’ well-being, which means living in a herd with other elephants, deciding what and where and when to eat, determining when to sleep, choosing with whom to spend the day and how long to wallow in the pond. The luckiest of captive elephants retire from the circus or the zoo and get to live in a sanctuary certified by the Global Federation of Animal Sanctuaries (GFAS).

There are two of these in the US: PAWS in California and The Elephant Sanctuary in Tennessee. These are places where elephants are allowed to live as naturally as possible, a life without entertaining humans, with human contact only as necessary. They have hundreds of acres to roam and get to choose how to spend their days. The sanctuaries provide recognition of their autonomy and value their well-being above anything else.

If elephants are retiring to these sanctuaries because they cannot have a good life in circuses and zoos, it begs the question—why are people actively trying to increase the zoo population with breeding programs?

Historically, captive elephants have been almost exclusively imported from the wild of their native homelands in Asia or Africa, rather than being born here in captivity. The most recent import of wild elephants to the US occurred in 2017 and involved 18 animals from Swaziland. In 2019, a “near-total” ban on international trade of African elephants was passed (Asian elephant trade was already banned), notably with a dissenting vote from the US. The ban was imposed by member countries of the Convention on International Trade in Endangered Species (CITES) in part due to recognition that it is better for the elephants to stay in their natural environments.

The capture of young elephants and removal from their families also happens to be a horrific process. Helicopters target a family with calves, shoot the calves with a sedative from a rifle, fend off the mother and family from coming to help, bind the babies, move them onto trucks and transport them to captivity in a foreign zoo. It is acutely distressing and permanently traumatizing for all the animals involved. I agree with Catherine Doyle, Director of Science, Research and Advocacy for PAWS, that “No compassionate person could ever find this acceptable.” Despite this, some US zoos oppose the importation ban because the captive population is now entirely dependent on the success of breeding in captivity.

Captive elephants have low birth rates and high infant death rates, including from infanticide, which is unheard of in wild female elephants. For infants that do live, it means a lifetime of captivity. Because confinement prevents elephants’ natural behavior, they frequently exhibit neuroses that include self-mutilation, hyper-aggression, and calf rejection. Logistical challenges of breeding and fertility problems in captive bulls and cows have led to reliance on invasive techniques such as artificial insemination. The fact that captive elephant populations are not sustainable without extensive human intervention is a sign of their poor living conditions, revealing how far they are from living a natural life.

Some people proclaim that zoo elephants have an ideal life in which they do not have to find food or worry about predators and are protected by people who love them. This reflects a lack of appreciation for elephants’ intelligence and emotional needs. There is no denying that elephant handlers feel a deep love for their elephants. It is also undeniable that an elephant in captivity fares better with a handler who loves her rather than one who does not. However, ultimately, zoos are a money-making industry that use elephants to entertain and thus require the suffering of captivity. Even zoos that are non-profit still need to fund themselves or justify external funding, and elephants are the number one draw for visitors.

Zoo personnel argue not only that zoos promote education about elephants and conservation, but that the experience of seeing elephants promotes caring about conservation to the public. Catherine Doyle pointed out that “This argument falls flat when you think about species that can never be kept in captivity, such as large whale species. People still learn about whales, are fascinated by them, and care about their conservation—even if they never get to see one up close.” The claim that without a personal experience, zoos will be unable to foster a larger concern for elephants is hollow.

Even if that claim were accurate, Gay Bradshaw, ecologist and director of the Kerulos Center, documented that, at best, people learn simplistic lessons about conservation from zoos. The unstated lessons are much more significant—that it is ok to house large, intelligent animals in small quarters as sources of entertainment. If the goal is to teach about conservation, isn’t it a more powerful lesson to explain why we have left the elephants in Africa or Asia?

Zoos that breed elephants almost invariably claim that they are protecting elephants from extinction. They might even acknowledge that zoos are not ideal environments for elephants and express a hope that someday elephants born there will return to the wilds of Africa or Asia. “No elephant born in captivity is going to be returned to the wild,” according to Doyle. Any genuine conservation plan would include reintroduction for wild-born captive elephants, but this is not realistic for any elephant born in a zoo.

Elephant life requires years of developing skills for finding food and water, protecting oneself from predators, and complex communication to which captive elephants have no exposure. The International Union for Conservation of Nature African Elephant Specialist group agrees that captive breeding in zoos does not further conservation of the species. Nonetheless, US zoos continue to claim that breeding programs will save elephants.

Do we love elephants enough to let them go? For people who work for the rights of captive animals to live wild and free, the ultimate goal is to put themselves out of work. According to Doyle, in a perfect world “there would be no need for sanctuaries.” She warns that although the sanctuaries provide the best possible conditions for retired elephants, we should be careful not to normalize elephants living in captivity under any conditions. They should be wild and we should not breed more elephants into a life of captivity. As elephants in the US age and die, we should allow the population to go. I will feel sadness and a sense of loss when that happens, but I do not want elephants to live a diminished life so that I can see them at the zoo.

Reluctance to retire zoo elephants to sanctuaries, captive breeding, and importation of wild animals are all part of the same problem—an industry devoted to permanently maintaining the zoo population of elephants. Recognizing elephants as sentient beings and supporting true conservation efforts are symbiotic goals. Any plan that does not recognize the needs of elephants both as individuals and as a community conflicts with real conservation. Because their social structure is so vital, the best treatment for the individual elephant is also the best treatment for all elephants.

Let them be wild and free. Conservation should not mean simply keeping genetic material in existence on earth, it should be protection for a natural life. Though the global challenges of conservation remain, there are organizations and people all over the world who are dedicated to saving animals and humans from ourselves. Breeding captive elephants is not conservation and serves no conservation purpose. Instead of using resources to maintain elephants in captivity, we should focus on the goal of allowing them to be free.

This article by Merrill Sapp was first published on Mongabay.com on 22 June 2021. Lead Image: Wild African elephant in the red dirt of Tsavo National Park, Kenya. Image courtesy of Merrill Sapp. Merrill Sapp is a professor, psychologist, and Director of Research at the Stephens College Physician Assistant Program. She has been traveling the world to learn about elephants in the wild and in captivity, and this personal quest to understand elephants has become a mission to share their importance.