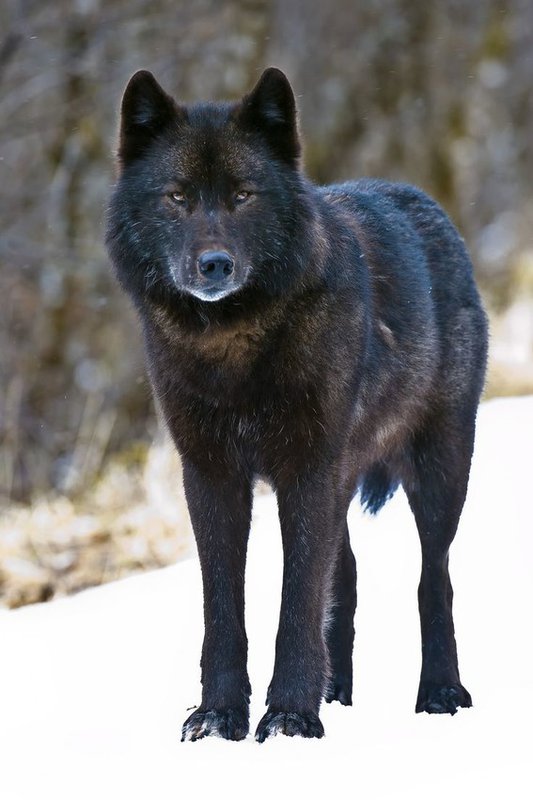 SITKA, Alaska— The Center for Biological Diversity, Alaska Rainforest Defenders and Defenders of Wildlife petitioned the U.S. Fish and Wildlife Service today to give Endangered Species Act protections to the Alexander Archipelago wolf in Southeast Alaska.

This rare gray wolf subspecies, which inhabits the coastal rainforests of Southeast Alaska and British Columbia, faces numerous threats. Legal trapping recently killed 165 wolves in one key population on Prince of Wales Island in Southeast Alaska. Meanwhile the Trump administration is pushing to open hundreds of thousands of acres of wolf habitat to clearcut logging.

“These beautiful wolves are more threatened than ever,” said Shaye Wolf, a scientist at the Center. “They’re being bombarded by clearcut logging, unprecedented trapping and hunting, and chronic management failures by state and federal officials. We’re dangerously close to losing these rare wolves forever. They urgently need the protections of the Endangered Species Act if they’re going to survive.”

Today’s petition asks the Fish and Wildlife Service to protect Alexander Archipelago wolves in Southeast Alaska as a “distinct population segment” due to the concentration of threats and population declines in the region. By 2018 the largest wolf population on Prince of Wales Island had declined by an estimated 60% over the previous 15 years due to escalating threats. New genetic evidence indicates this population is in danger from high levels of inbreeding.

“Over many years, optimistic management of Southeast Alaska’s small, isolated wolf populations by Alaska’s Board of Game and its Fish and Game Department has led to a succession of unfortunate surprises on Prince of Wales Island,” said Larry Edwards with Alaska Rainforest Defenders. “Now, a new genetics study of these wolves shows that populations in three of the region’s game management units, including POW, are more inbred than even the troubled Isle Royale population in Michigan. It notes there is a ‘hidden and insidious’ threat of ‘an extinction vortex’ for populations like these.”

“Alexander Archipelago wolves in Southeast Alaska are facing the loss and fragmentation of key habitat and significant depletion from poorly managed hunting and trapping,” said Nicole Whittington-Evans, Alaska program director of Defenders of Wildlife. “On top of extensive historical logging and roadbuilding in the region, the U.S. Forest Service is proposing massive clearcuts and eliminating roadless protections in Tongass National Forest. The Forest Service has turned its back on the promised transition away from old-growth clearcutting, so Defenders of Wildlife is stepping in to protect the wolves.”

In 2016, under the revised Tongass National Forest management plan, the U.S. Forest Service authorized intensive old-growth and second-growth logging and road building concentrated in the wolves’ most important habitat areas.

In 2019 the Trump administration worsened this threat with a plan to eliminate long-standing roadless protections on 9 million undeveloped acres of the Tongass. The proposal, which would open vast areas of previously protected habitat to logging and road building, is expected to take effect later this year.

High levels of killing from legal and illegal trapping and hunting further threaten wolves with extinction.

On Prince of Wales Island, an unprecedented number of wolves were killed during the 2019-2020 trapping season. A total of 165 wolves were legally trapped out of a population last estimated at 170 wolves in fall 2018, not including wolves killed illegally. This alarming slaughter occurred after the state ignored the recommendations of its own wolf management program and eliminated limits on the number of wolves that could be trapped or hunted.

In 2016 the Fish and Wildlife Service denied Endangered Species Act protection to Alexander Archipelago wolves. The agency primarily based its decision on the claim that wolf populations in British Columbia were stable, while acknowledging the more precarious status of wolves in Southeast Alaska.

Threats to the wolves in Alaska have escalated since 2016, due to inadequate federal and state management and enforcement and the Trump administration’s plan to end protections for much of their habitat.

Protection under the Endangered Species Act would require state and federal agencies to better manage threats to the wolves, including measures that protect their habitat and limit hunting and trapping.