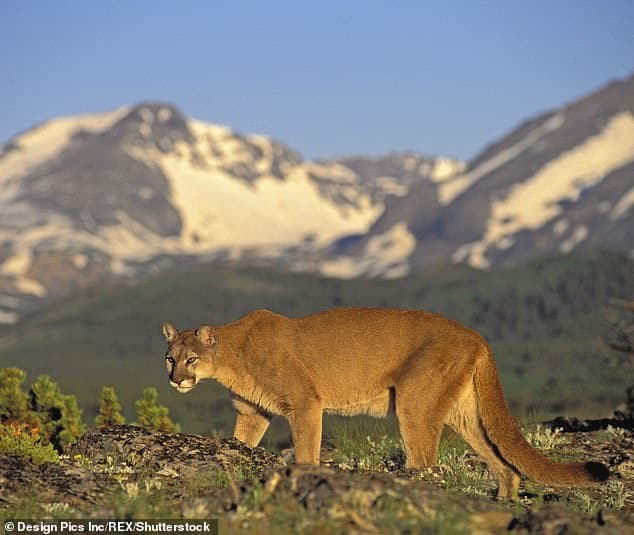 Wildlife Services has come under fire after releasing the death toll of wildlife it killed in 2019.

The US Department of Agriculture program slaughtered more than 1.2 million native species including wolves, coyotes, cougars and birds – all of which was funded with taxpayer money.

The multi-million dollar federal program conducted the acts primarily to make way for the agriculture industry in states like Texas, Colorado and New Mexico.

Daily Mail has reached out to the US Department of Agriculture for comment and has yet to receive a response.

Chris Smith, southern Rockies wildlife advocate for WildEarth Guardians, said: ‘Wildlife Services is infamous for the scope and cruelty of its killing campaigns across the nation.’

‘To carry out such a horrific onslaught on native wildlife in the midst of a mass extinction event and a climate crisis, without any real knowledge of the impact, is utterly outrageous.’

Wildlife Services is tasked with resolving wildlife conflicts, to allow people and animals to coexist.

More than 14,000 prairie dogs were terminated outright, but there is an unknown number of more than 35,000.

Dozens of domestic animals, including pets and livestock, were also killed or caught. Such data reveals the indiscriminate nature of leghold traps, snares, poisons and other methods used by federal agents.

‘The scientific consensus is that killing carnivores like coyotes to benefit the livestock industry just leads to more conflicts and more killing. This taxpayer-funded slaughter needs to stop.’

The report was released Wednesday, October 7 and in just two days, WildEarth Guardians has severed USDA with a lawsuit.

The group also states that the program needs to consider alternatives, such as using non-lethal methods for controlling wildlife.

Jennifer Schwartz, staff attorney for WildEarth Guardians, said: ‘It’s astonishing to me that Wildlife Services has been killing millions of animals annually for the last century with taxpayer money, but with little public knowledge.’

‘This lawsuit aims to help shine the light on the agency’s actions and to get the government to reconsider publicly funding the extermination of native species when the current science shows removing top predators negatively affects entire ecosystems and that lethal control tactics are often inefficient and counterproductive anyway.’

This article was first published by The Mail Online on 9 October 2020. Lead Image: The multi-million dollar federal program conducted the acts primarily to make way for the agriculture industry in states like Texas, Colorado and New Mexico. Pictured is a mountain lion, native to the US, walking through the Rocky Mountains.