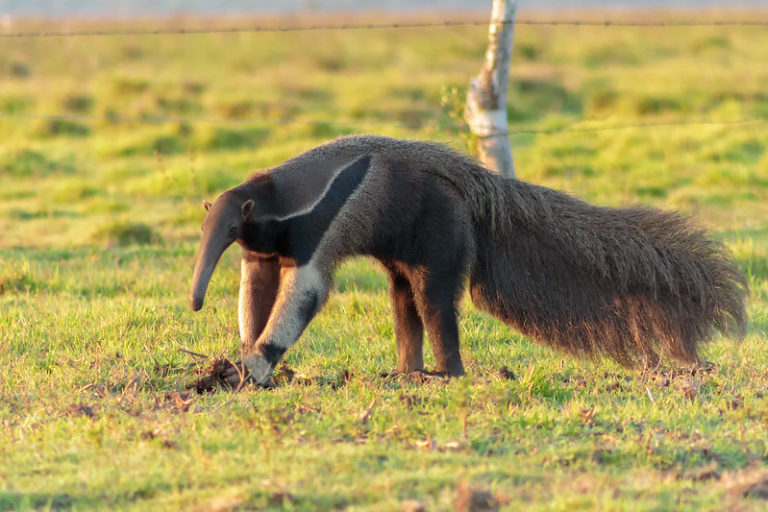 Ask Europeans how palm oil consumption is impacting biodiversity, and many will be quick to list threats to the emblematic orangutan, whose habitat in Indonesia has been drastically reduced by oil palm plantations grown for the international market.

But ask those same citizens how the massive amount of soy imported from Brazil to feed European beef and dairy cattle, hogs and chickens is impacting biodiversity on the other side of the globe, and few would be able to list the habitat, let alone the species impacted.

A recently published study in the journal PNAS by researchers at the Stockholm Environmental Institute adds to a growing collection of studies that increasingly will be able to answer that question.

The new study, titled Linking global drivers of agricultural trade to on-the-ground impacts on biodiversity, used three datasets to study the specific links between Brazilian soy production, consumer countries, commodities traders, and habitat loss in the Cerrado, an exceptionally biodiverse savanna that is home to 5 percent of the world’s species.

Now for the first time, this groundbreaking study pinpoints what countries and traders are responsible for habitat destruction and harm to 400 unique Cerrado species.

“Biodiversity is such a spatially heterogeneous thing — a national analysis doesn’t always help much,” says Jonathan Green, lead author and Senior Researcher at the Stockholm Environment Institute at the University of York. “Because we have the fine scale production trade model, we are able to see the finer impacts: who is involved in the trade — both the countries and the private companies.”

Brazil is one of the world’s largest producers and exporters of soy, which together with other industrial agribusiness commodities, is responsible for 70 percent of the deforestation in Latin America. The Cerrado biome has lost over half its 2 million square kilometers (772,204 square mile)* area to agriculture, with soy a leading driver. Although researchers have long established that soy production is contributing to biodiversity loss, it has been harder to determine how much, and where, individual traders and nations are responsible.

Abhishek Chaudhary, assistant professor of environmental engineering at the Indian Institute of Technology in Kanpur told Mongabay that the advantage of a study like this one — looking at biodiversity on a more granular scale — is that it shows that not only overall volume matters, but specifically where losses are occurring and who is contributing.

“One very surprising thing about the study is, if you look at international media, a lot say that China is the top importer of soy from Brazil and therefore China is the bad guy, because they are the top user,” says Chaudhary. “But because of [Brazil’s detailed] municipality level data, you can see that even though China is using most imports, their [habitat and biodiversity] impact is less because of where they are sourcing from.”

Almost all of the soy exported from Brazil is used for animal feed, which means that because there is a long supply chain between Amazon soy and British chickens, much of that use is mostly undetectable to the consumer’s eye. “There is a naivety among consumers that soy is made into tofu,” says Green. But in fact, the vast majority of soy reaches consumers “embedded” in other products — particularly in meat and dairy. “You have no visibility of what went into making meat. Soy is not on the ingredients list.”

To remove this obstacle, the researchers looked at how soy flows from Brazil through Europe in the form of animal feed. By looking at this data, the study was able to demonstrate that countries like Germany, Great Britain and France have a much higher impact on biodiversity loss than does the Netherlands, even though the Dutch import more soy. Largely that is because a lot of soy imported to the Netherlands is then re-exported for animal feed.

The researchers also found that where in Brazil each nation’s soy is sourced matters greatly to impacts. The consumption of soy by EU countries, for example, has been especially detrimental to the habitat of the giant anteater (Myrmecophaga tridactyla), charismatic mega-fauna that has lost 85 percent of its habitat to soy in the state of Mato Grosso.

According to lead author Jonathan Green, “this kind of knowledge can be invaluable for helping companies and countries to source more sustainably and invest in less ecologically harmful agriculture.”

Studies like this one are especially relevant and useful now for the EU, which is currently considering how to regulate“embedded” deforestation in the supply chains for the vast quantities of internationally sourced agricultural products it imports.

Looping in the private sector

The new research also takes a close look at individual commodities traders operating in the Cerrado, of which only six — Bunge, Cargill, ADM, COFCO, Louis Dreyfus and Amaggi — are responsible for over half of all soy exports.

“This paper bridges the company-level commodity supply chain model and biodiversity impacts,” wrote Keiichiro Kanemoto, an associate professor at the Research Institute for Humanity and Nature in Japan who has published extensively on the connection between biodiversity impacts and global trade. He points out that while past studies have shown the link between consumption patterns and biodiversity threats through international trade on the country-level, this paper is the first to show the link between how a nation’s consumers and commodities traders are impacting a specific area’s biodiversity.

The researchers combined data sets from Trase (which tracks soy trader data at the granular municipal level) with financial data regarding the flow of soy and biodiversity indexes showing suitable species habitat. By doing so, they were able to pinpoint not only the three municipalities that experienced the greatest losses of endemic biodiversity between 2000 and 2010 but that those losses there were dominated by three primary traders — ADM, Cargill, and Granol. Such pinpoint accuracy not only ascertains responsibility, it also allows for highly targeted action to resolve the problem, at the national, company or consumer level.

“The most exciting advance in bringing together these sophisticated data sets and models is the level of accountability it makes possible,” stated study co-author Andrew Balmford of Cambridge University. “We can now start to see exactly which businesses and consumers are harming threatened species, where, how, and in unprecedented detail.”

This article by Sarah Sax was first published on Mongabay.com on 24 December 2019.