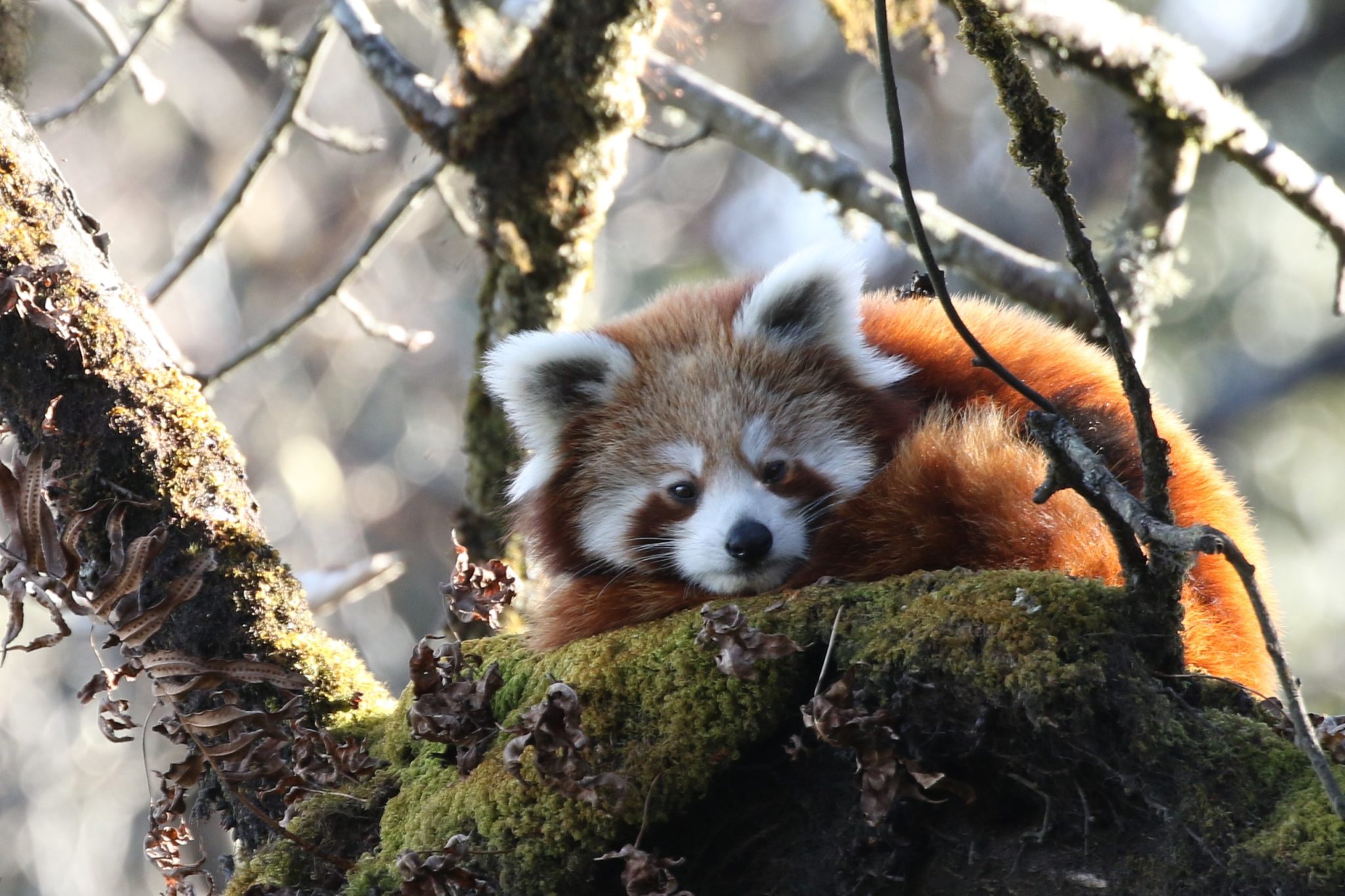 Cases of poaching and illegal trade in the endangered red panda (Ailurus fulgens) are on the rise in Nepal. But with little evidence of a demand for panda pelts and parts, researchers are asking why.

Led by researchers from the University of Queensland in Australia, a team of nearly 40 university graduates traveled throughout the red panda range in Nepal, conducting interviews with locals to understand the current uses as well as people’s perceptions about the species.

The results of their research, recently published in the journal Human Dimensions of Wildlife, indicate that people’s awareness of threats to red pandas is low and the driving forces behind poaching and the illegal trade of this species are still largely a mystery.

“Noticeable use of red panda and its body parts is not recorded, nor there is a ready market for red panda products in Nepal,” lead author Damber Bista told Mongabay. “These facts do not support the existence of a market, but the supply of pelt is non-stop, which surprises me the most.”

Red pandas face threats from habitat loss, illegal trapping and poaching, and accidental snaring in traps set for other animals. Over the past two decades, the red panda population has declined by nearly 50% and the species is now listed as endangered on the IUCN Red List and on Appendix I of CITES, which prohibits its trade.

It’s estimated that fewer than 15,000 individuals remain in the wild across their home range in India, Nepal, Bhutan and China; red pandas are now among the top five mammals illegally poached and traded in Nepal.

According to the published and unpublished reports reviewed for this study, 121 red panda pelts were confiscated in Nepal between 2008 and 2018, with a steady overall increase that peaked at 27 seizures in 2017. The majority of the confiscations occurred in the Kathmandu valley.

Of those 121 cases, none were targeted for export to other countries, and in most cases only the collectors were caught, not the other players in the supply chain (middlemen, distributors, consumers), indicating a lack of a clear market for red pandas.

“Unstoppable supply of pelts indicates the presence of a fake market with almost no buyers, which is solely based on rumors,” Bista said. “Awareness building campaigners, security personnel and media personnel are the suspected sources of such rumors.”

The paper suggests that during previous investigations into the illegal trade, investigators pretending to be buyers might have inadvertently motivated poaching by creating the illusion of a market for the animals.

“Informing people about the market price of red panda body parts might have lured them toward easy money-making schemes that are further fueled by poverty and unemployment,” the paper says, and miscommunication during awareness-building programs may have further aggravated the problem.

In the interviews of people living in the panda’s recorded range, only 14% of respondents said they had seen the animal, and 83% were unaware of its conservation importance.

Knowledge of red panda uses varied widely, with mentions of the animals being used as hats, rugs, scarecrows, dusters, knife covers, decoration, folk medicine and in rituals. Red pandas were believed to be a bad omen and predator of livestock by some and to be a sign of good luck by others.

There were also reports of red pandas being kept as pets. And though quite cuddly in appearance, these solitary animals, with their long, curved claws and emission of strong odors when excited, do not make good pets.

“This is the most comprehensive study done on the illegal trade of red panda pelt in Nepal so far,” Sonam Tashi Lama, program coordinator at the Kathmandu-based Red Panda Network, who was not involved in the study, told Mongabay. “In my opinion, the misperception about the economic value of red panda pelts and the high rate of unemployment of the youths of Nepal are the major drivers as the data indicates that almost 40% of the people involved are under the age of 30.”

On the heels of this paper, the wildlife trade monitoring group TRAFFIC released a comprehensive report on illegal trade in red pandas in India, Nepal and Bhutan.

In India and Nepal, according to the report, the main reasons for poaching and trapping of red pandas were for fur (70%), live trapping for the pet trade (20%), captive breeding (5%), and use in traditional medicines (5%).

Both studies agree that the conservation of red pandas is inextricably linked to the livelihood of local people. According to the TRAFFIC report, “Community-based conservation programs are probably the single most important approach to reducing poaching and trafficking and should be considered a high priority for funding support across the red panda’s range.”

TRAFFIC called on governments to support efforts to reduce accidental snaring, build capacity for law enforcement to regulate wildlife crime, and increase cooperation across borders. The primary needs, according to the report, are for funding, training and equipment.

This article by Liz Kimbrough was first published on Mongabay.com on 11 March 2020. Liz Kimbrough is a staff writer for Mongabay. Find her on [email protected]

The mind-set of most Asians is that any species that walks, swims, flies or crawls can be horrifically abused, tortured, tormented, skinned whether dead or alive, killed and then eaten……These brain-dead, heartless, soul-less masses will NOT be happy until all wildlife is extinct and they have destroyed OUR planet, OUR only home and all that lives on it.

I don’t suppose we will be happy until all wild animals become extinct through our greed and barbarism.

JUST STOP THE EVIL THAT HUMANS DO TO ANIMALS

My common sense says to check in China. I am sure they have come up with some magic cure that red panda organs provide

So why are they poaching?