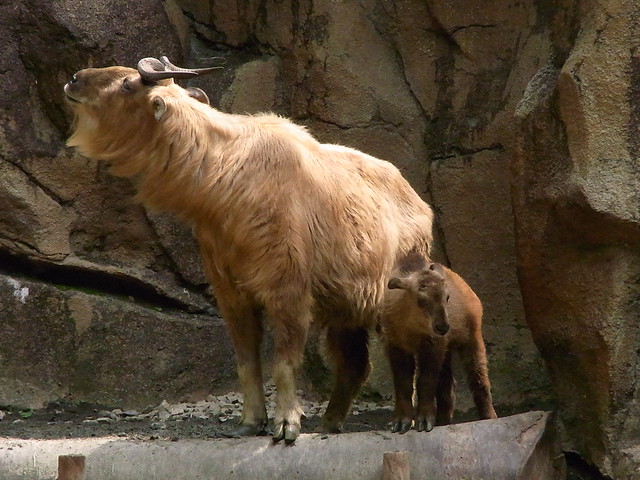 The Takin (Budorcas taxicolor) is a goat-antelope species that lives in the Himalayan Mountains. Takins are social bovines and are often spotted traveling in packs of 15 or more. Packs tend to be composed of female takins as the male takin is largely solitary outside of the summer rutting season. The takin is listed as a Vulnerable species by the IUCN Red List and is considered to be Endangered in China. Habitat destruction and human hunting are two main contributors to the decline of this already rare species.

This particular takin, most likely a golden takin, was captured by a camera-trap set in the Qinling Mountains by the World Wildlife Fund. The WWF has implanted over 100 such traps that will “aid [their] conservation efforts through [cultivating] a better understanding of animal activities, the impact of human actions on the species, and management of nature reserves,” according to a press release from the organization. There are four subspecies of takin, all of which roam different regions of the eastern Himalayas. The subspecies include the golden takin, Sichuan takin, Mishmi takin, and Bhutan takin.

This article was written by Brandon Allen and first appeared on Mongabay.com