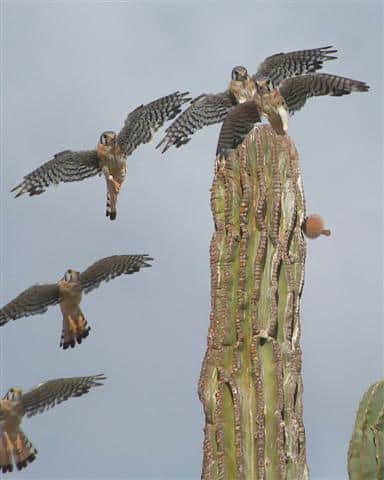 I photographed a male American Kestrel -Falco sparverius – as he fed this morning.

He used a large Cordon Cactus as his look-out post and sallied forth to catch large insects on the ground. He would return to his look-out post to eat. During one of his flights I set my camera on ‘high speed burst mode’ and got a stop action sequence. The five images of the sequence took at little less than a second (@ 7 frames/sec). 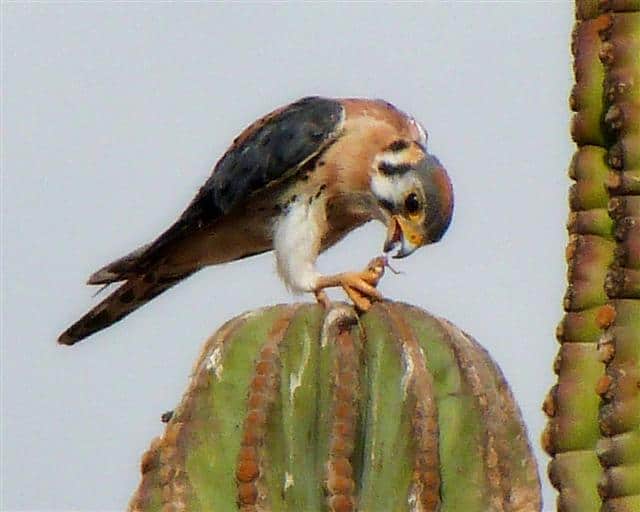 I could not make out what type of insect. I assumed it was a large grasshopper. 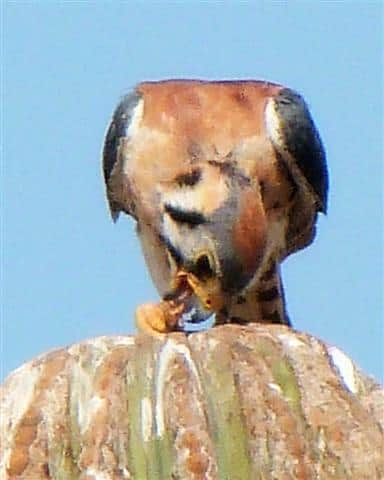 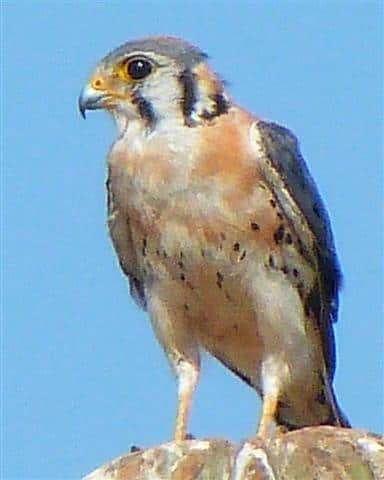 A handsome member of the Falcon family. He is fairly common and is found through out North America.