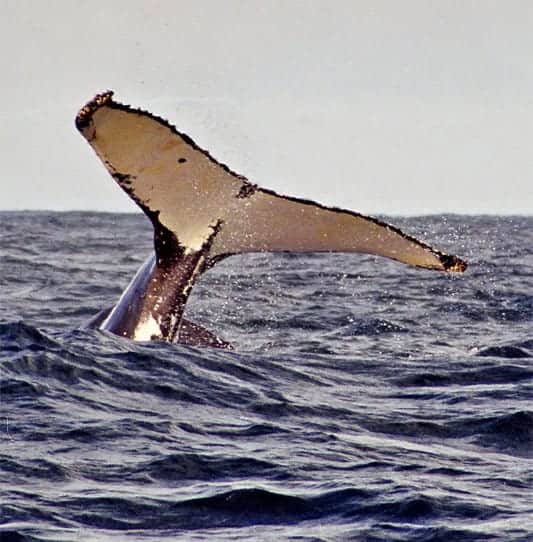 One of the most exciting things that happens off Sydney coast is the Humpback whale migration.

The whales migrate past Sydney twice a year. From April to mid August they are heading north to give birth and mate in the waters of the Coral Sea off Australia’s northeast coast.From mid August to mid December the Humpbacks as heading south to return to their Antarctic feeding grounds.

On their way whales engage in a number of observablebehaviorssuch as breaching, spyhopping tail andpectoralflip slapping, which makes them so interesting to watch.

During one of my days on the harbor, our boat got surrounded by a pod of Pygmykiller whales (Feresa attenuata). These species are very rarely seen and their appearance caused a fair amount of excitement. Unfortunately, the sea was quite rough and it was raining – not the best scenario for photography.

Other whales occasionally seen off Sydney coast are: Southern right whale (Eubalaena australis), Minke whale (Balaenoptera bonaerensis), Killer whales (Orcinus orca), Fin whale (Balaenoptera physalus),Sei whale (Balaenoptera borealis), Short finned pilot whale(Globicephala macrorhyncus)and even Blue whale (Balaenoptera musculus) – the biggest living mammal. And the underwater Brown Mountain about 14 km off shore from Sydney is known to be Sperm whale (Physeter macrocephalus) feeding site. I haven’t seen any of these species yet, so big hopes for this year. The best tour operator by far is Halicat tours, that venture out further from the shore in search of whales.