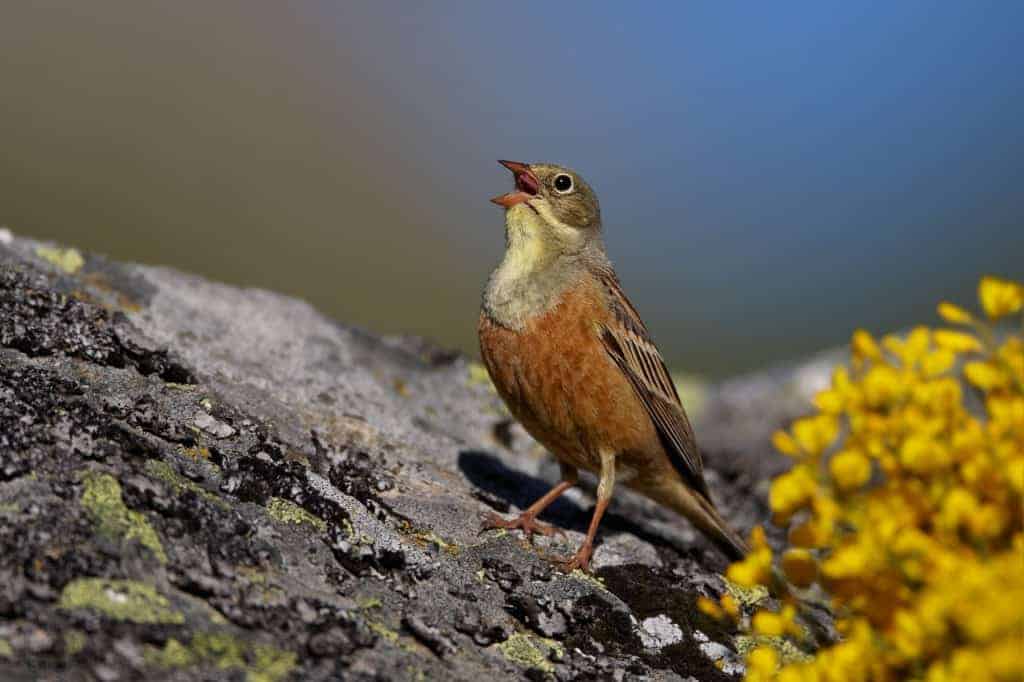 Every year in France, thousands of Ortolan Buntings are poached, mutilated and killed in breach of EU and national laws. On Thursday 4 September, the Ligue pour la Protection des Oiseaux (LPO, BirdLife in France) members went on the offensive, to liberate captured birds and make formal accusations against poachers to the French authorities.

The Ortolan Bunting, is a non huntable migratory passerine protected under EU law. However, it is regarded as a delicacy by French gourmets. During their stay in France along their migratory route, the little birds are poached by hunters in Landes, in the south-west of France, at the end of the summer.

Supporters of this tradition regard this practice as emblematic of a local culture with insignificant consequences. What they certainly don’t know is that the conservation status of the Ortolan Bunting in Europe is considered very unfavourable. Over the 30 last years, its European population has seen a 84% decline, making it become the European passerine which has declined the most in recent years.

In France, the species is particularly threatened: its population – now less than 15,000 pairs – has decreased 42% over the past 11 years. An important reason for this is believed to be poaching, which at one time was responsible for the disappearance of 50,000 individuals annually; this number is equivalent to 10 times the species population in Germany, Belgium or the Netherlands.

The Ortolan Bunting has been protected in France since 1999, under the Environmental Code which states that its destruction, transportation, use, sale or purchase is strictly forbidden; violations of this Code are subject to fines of €15,000.  And yet, between 10,000 and 30,000 ortolan buntings continue to be captured, spoiling the conservation efforts undertaken by the EU to reverse the decline of the species.

To draw attention to the situation and urge the French authorities to take decisive action, the LPO launched a lightning strike on Thursday 4 September. At 7am, conservationists descended on poaching locations to free caged live decoy ortolans, which serve as bait to attract wild ortolans. The birds, which had been mutilated, were then presented to the French authorities.

Last year, the LPO alerted the European Commission to the situation in France. The Commission responded by sending a formal notice to the French government, requiring it to comply promptly with its obligations under Article 5 of the Birds Directive (2009/147/CE). In order to ensure that the case is not neglected, the LPO intends to inform the European Commission of the location of any poaching facilities throughout the poaching season, so that sanctions may be taken against France for infringing the EU legislation.

From the cage to the plate…

Traditionally, a live decoy ortolan is placed in a small fenced cage to attract its wild fellows with its chirping. When a bird approaches the trap, it is captured. It will then be fed for at least three weeks until it resembles a small fat ball. Once it reaches a certain weight, the unfortunate bird is then drowned in a French liquor called Armagnac, before being eaten or sold. In France, the price for such a peculiar “delicacy” easily reaches €150. Despite its illegality, some of the finest restaurants still offer it on their menus.

To get a better idea of the process, have a look at this visual animation produced by the LPO.

This article was first published by Birdlife International on 19 Sep 2014.